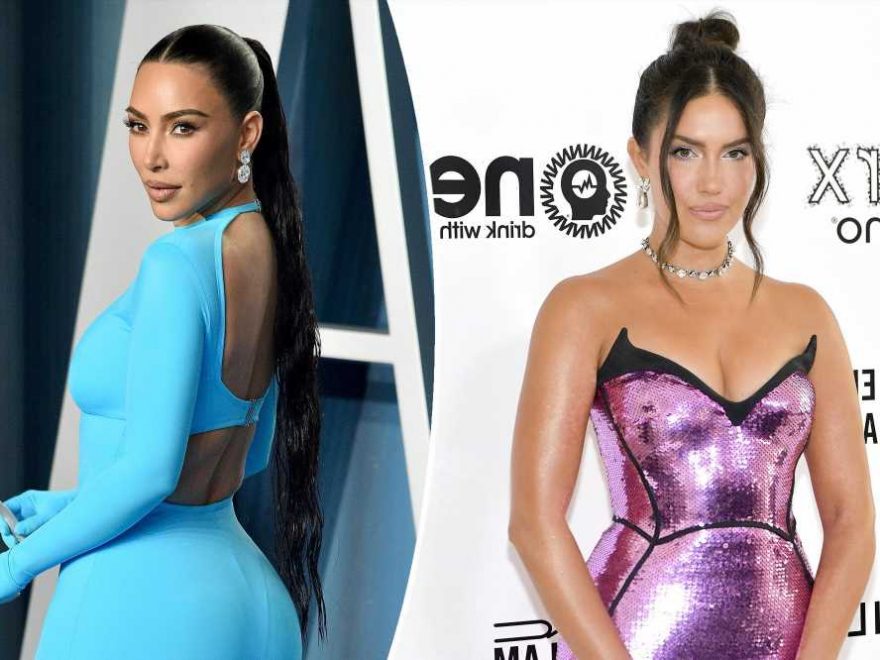 Tinx has issued an apology to Kim Kardashian and other celebrities for a series of fat-phobic tweets that resurfaced over the weekend.

“About 10 years ago I sent some truly nasty, mean, horrible tweets,” the TikTok star, whose real name is Christina Najjar, wrote in a lengthy post shared to Instagram on Saturday.

“I called people that I had never met fat, pathetic, and ugly. I even called Kim Kardashian fat which is ironic considering she is my number one idol and person I look up to.”

The tweets came as a total shock to Tinx’s fans, as many of them knew the influencer as someone who embraced body positivity and promoted vulnerability.

“When I read the tweets back I am ashamed and embarrassed. They are mean spirited and I am not mean spirited – but I used to be,” Tinx admitted.

“Let me tell you about the girl who wrote those tweets. I was 21 and deeply, deeply insecure. I hated myself and had a bad relationship with my body. I was also extremely lost.” 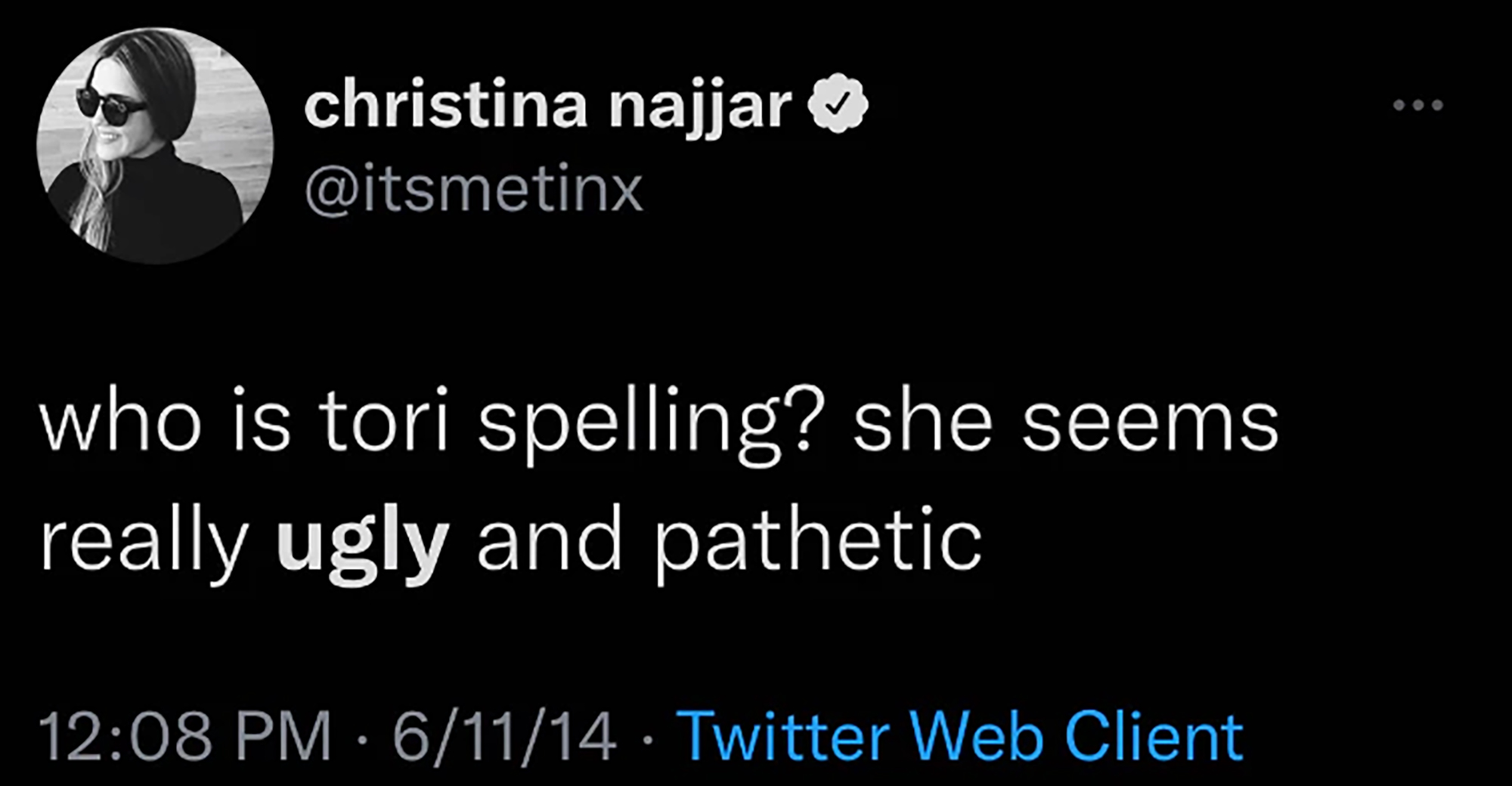 Tinx explained that as a coping mechanism, she would try “many hats, one of which was mean tweeter” in an attempt to get a laugh.

She concluded her post by writing, ”I am very sorry. I am a work in progress.” 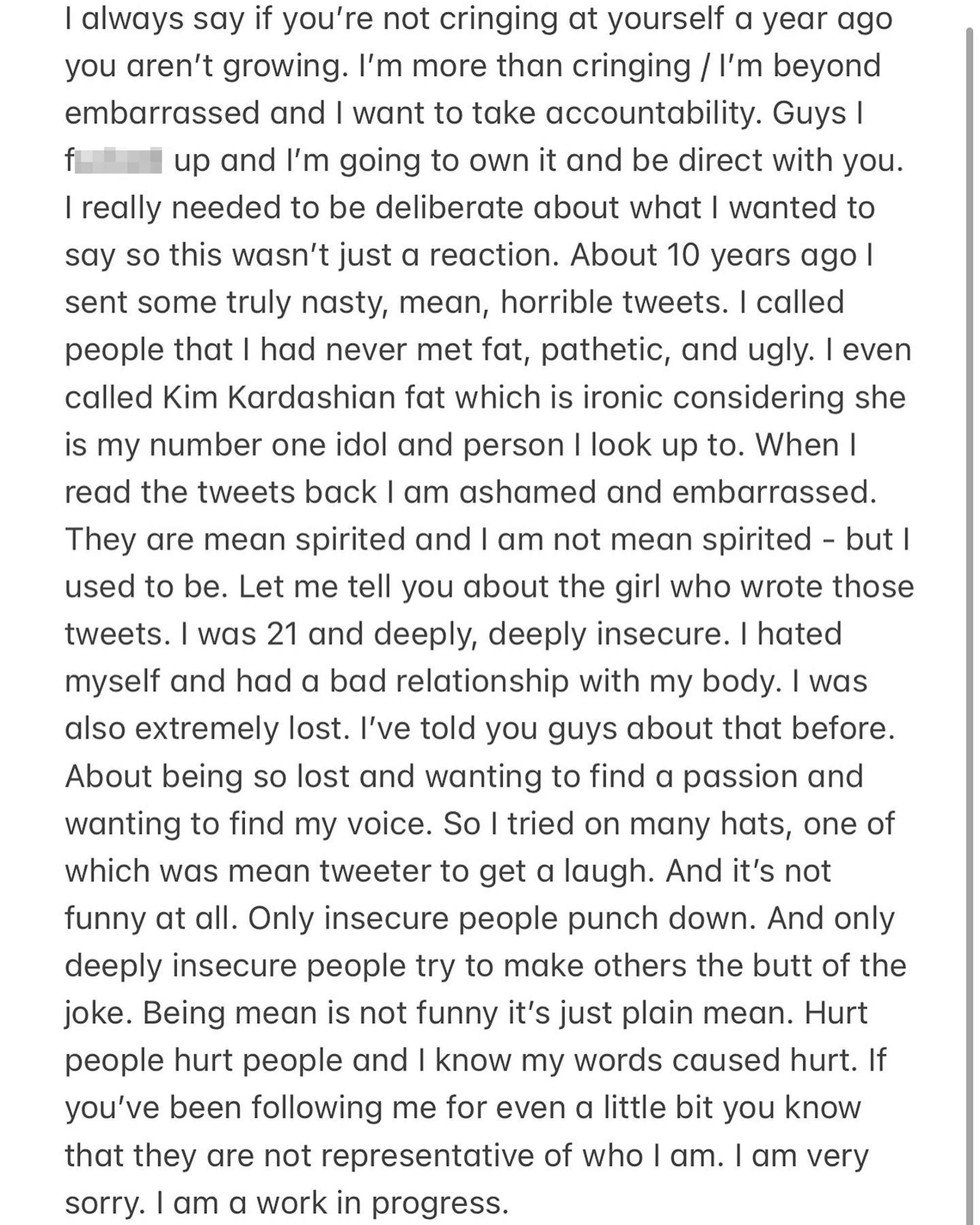 Tinx saw overnight success in 2021 as her following skyrocketed. Now, with over 1.5 million followers on TikTok and a successful podcast, the problematic tweets led followers to question how well they truly know their favorite influencers.

Additionally, fans were quick to point out that while the social media star addressed tweets from nearly a decade ago, she failed to acknowledge other questionable tweets that were posted more recently. 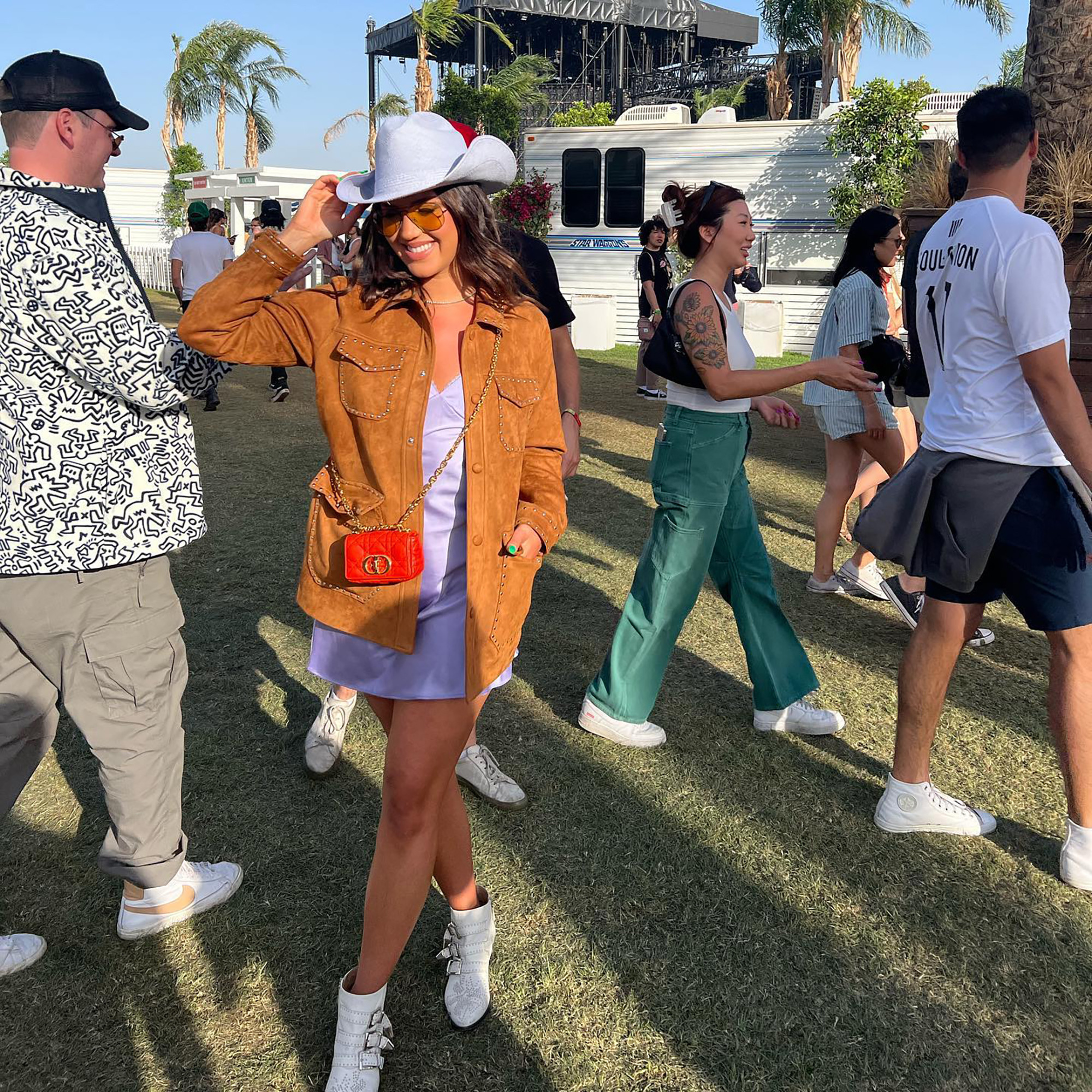 “What about the stuff from less than 2 years ago though,” one fan asked.

“I am not for cancel culture. I understand we all I’m sure have made comments 10 years about. But why is nothing being said on the 2020 likes and tweets??” another added.

Meanwhile, others accepted Tinx’s apology, arguing that “we are all human.”