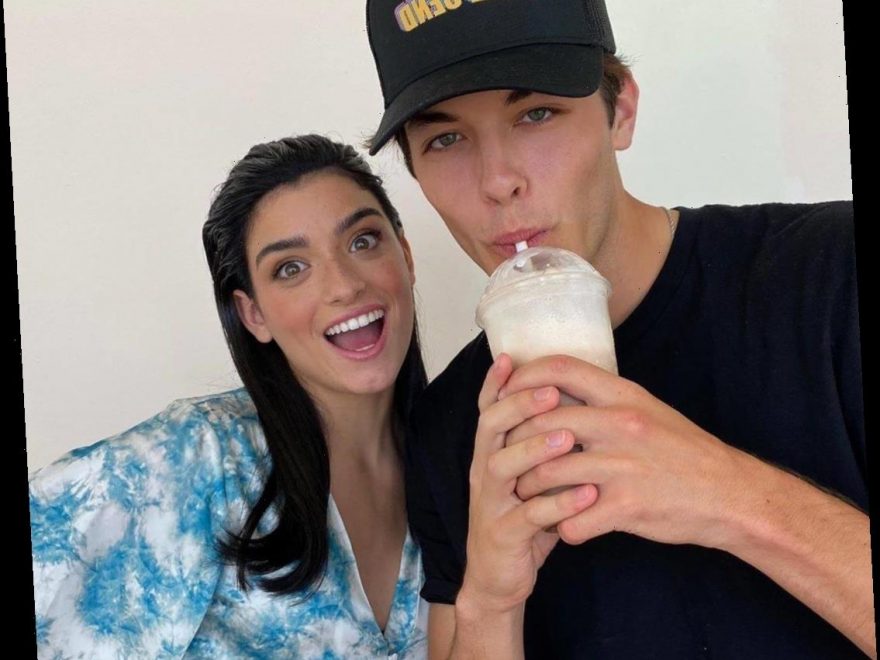 After fans began to speculate about Dixie D’Amelio and Griffin Johnson’s relationship status, E! News set the record straight on where the TikTok stars stand.

A special romance on and off TikTok has come to an end.

While details surrounding the breakup are unknown at this time, some pop culture fans were questioning where the two TikTok stars stood in recent weeks.

For starters, Dixie recently unfollowed the Sway House member on both Instagram and TikTok. And then there was a video posted by Madison Galley who alleged Griffin slid into her DMs and sent her Snapchats with messages that included, "I'm single BTW."

When the video spread online, Dixie commented with the eyes emoji.

Although her Twitter was private as of press time, E! News can confirm Dixie "liked" several cryptic tweets from fans including a message that read "Friends that educate you on things you don't know about >>>>>>."

As for Griffin, he changed his Twitter header from a picture of himself with Dixie to a photo of his friends.

The young couple initially met on the set of a Brat TV show called Attaway General. The project aired in Europe this past spring on Brat TV's YouTube channel as well as distributors Amazon Prime, Roku and Tubi.

Ellen DeGeneres Discusses Workplace Complaints in Letter to Her Staff

Taylor Swift Responds to Accusations of "Stealing" Her folklore Logo

Dixie and Griffin would later confirm their romance in a YouTube video shared earlier this month.

In recent days, Dixie has chosen to focus on her business adventures including a collaboration with Morphe and her sister Charlie D'Amelio.

As for Griffin, he let fans know that he's taking a break from social media.

"Mental health is a serious issue in the culture of TikTok right now," he shared on Twitter. "Regardless of whether you think it's funny or not, the hateful comments can really break people down. your comment may be the one that pushes someone over the edge so think before you type. I'm taking a break."