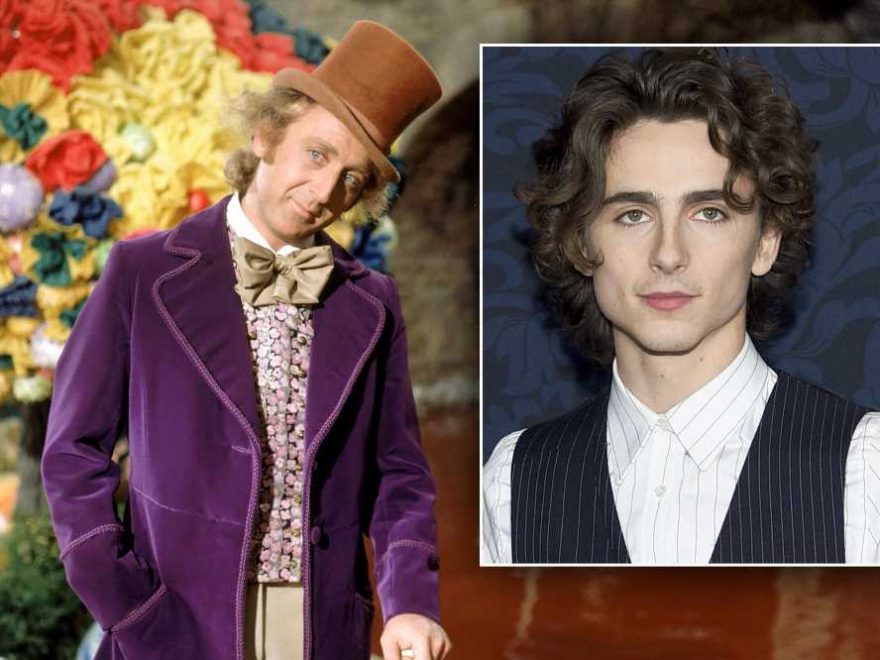 See the real Florida neighborhood where ‘Edward Scissorhands’ was filmed

‘Dune’ gets delayed, will now hit theaters in 2021

The sugary world of Willy Wonka just got a little sweeter.

Timothée Chalamet will star as the title character in “Wonka,” reported Deadline. The Warner Bros. prequel takes us back to Willy Wonka’s early days, showing the confectioner as a young man who had not yet introduced the world to outrageous candies, such as Lickable Wallpaper, Hair Toffee and chocolate ice cream that never melts.

Despite the concerns of Wonka obsessives — many of whom stand by the OG character embodied by Gene Wilder — Chalamet, 25, seems like a natural for the role. For one thing, the movie promises musical numbers, which will allow the actor to show off his dancing chops. He became a TikTok sensation last year when people took to slowing down his dance-floor action in “Call Me By Your Name” and adding sparkle effects. It took the bit from awkward to sexy with just a few strokes of the keyboard.

One person who won’t be surprised by Chalamet’s moves is actress Saoirse Ronan, with whom he co-starred in 2019’s “Little Women.” During an appearance on “Late Night with Seth Meyers,” the 27-year-old actress said, “Timmee is a really good dancer. He did ballet for a while.” Of making the movie — in which they danced together — she said, “He would try to [change] the steps. I’d tell him that we should follow the ropes.”

Chalamet – who also starred in “Lady Bird” and “Beautiful Boy” – is third in line to the Wonka throne. Hollywood’s first version of novelist Roald Dahl’s candy-man — from his novel “Willy Wonka and the Chocolate Factory” — was played by Wilder in 1971, and a second iteration came courtesy of Johnny Depp in 2005’s “Charlie and the Chocolate Factory.”

On the upside, author Dahl — who died in 1990 — will not be around to critique Chalamet’s performance. Despite getting paid $300,000 for movie rights to his book, according to “Storyteller: The Authorized Biography of Roald Dahl,” he watched the Wilder flick and disliked the music, changes to his narrative — and even the casting of Wilder himself.

In summation, Dahl had a one-word description for the effort: “Crummy.”