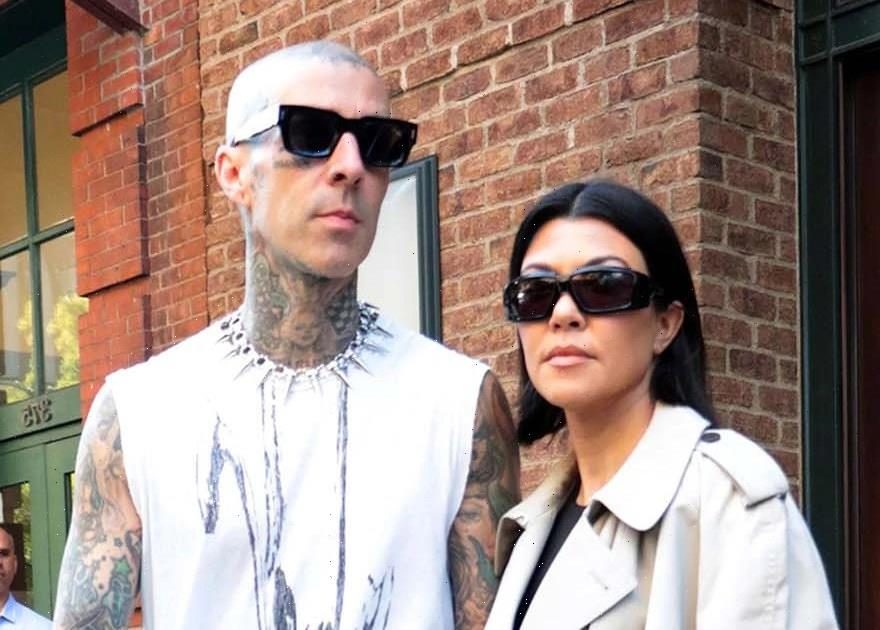 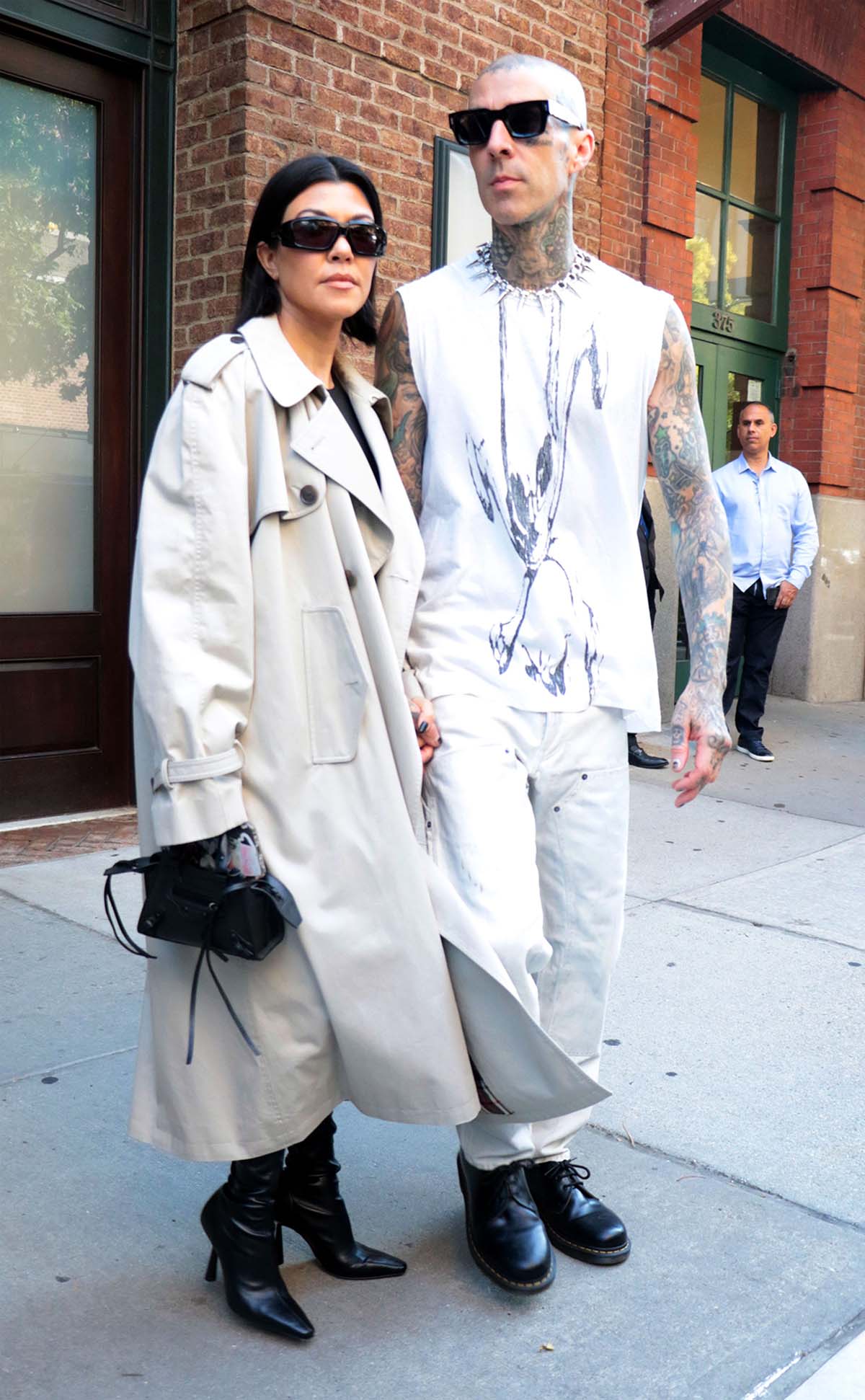 Baby fever! While Kourtney Kardashian reminisced about her iconic couples Halloween costume with Travis Barker, her fiancé used that as an opportunity to suggest an even bigger milestone — having children together.

After Kardashian, 42, posted more photos of herself as Alabama (played by Patricia Arquette) from True Romance on Monday, November 1, Barker, 45, replied to the Instagram post, writing, “Our son’s name would be Elvis.”

Although the musician was referencing a scene in the Quentin Tarantino film where an apparition of Elvis Presley visits Clarence (played by Christian Slater), some fans speculated that it might be a hint about the couple’s plans for the future.

Last month, the reality star and the drummer got engaged during a visit to the Rosewood Miramar Beach Hotel in Santa Barbara, California. Less than one year since the pair originally went public with their relationship, a source told Us Weekly that they were both “on cloud nine.”

“The Kardashians, Jenners and Travis’ family are so happy for the two of them,” an insider shared with Us in October. Following the exciting news, another source noted that the twosome were thinking about adding to their family.

“They will have a baby together without any doubt. It’s just a matter of when and how,” the insider added to Us.

Every Time Travis’ Relationship With Kourtney Resembled His Past Marriage

Earlier this year, Moakler, 46, revealed that she was confused when it came to her ex-husband seemingly recreating their marriage, which ended when their divorce was finalized in 2008, with the Keeping Up With the Kardashians alum.

“What was weird is that they were posting about a movie [True Romance] that Travis and I basically bonded over. I called him Clarence in the movie. We named our daughter after the character Alabama in the movie,” the former Miss New York USA told Us in May. “I walked down the aisle to ‘You’re So Cool’ from True Romance. Our first dance at our wedding was to the love song from True Romance.”

After the Poosh founder and the Blink-182 member channeled Alabama and Clarence for Halloween, social media users pointed out to the Rhode Island native that her past relationship was mirrored by Barker and Kardashian again.

One fan wrote, “Can I just say how completely odd I find it that Kravis is bonding over the movie True Romance when that was you and his thing when you were married? Hopped on IG and saw their photo shoot and it’s so weird…”

The model responded, “It’s like an episode of Punk’d.”