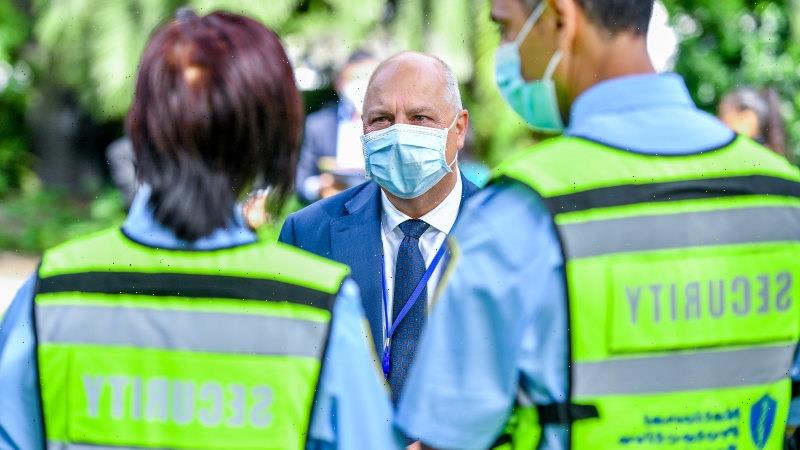 There are two competing schools of thought about the state of the state budget.

The first – to be presented by state Treasury on Tuesday – holds that Victoria will bounce back with enough economic momentum to carry the budget back to surplus, finally allowing the government to start paying down its debts. 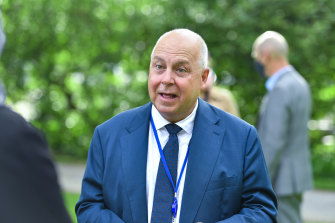 Under this scenario, the pandemic, which has torpedoed the government’s growth predictions for two years running, will keep fading into the rear-view mirror as consumers pour back into shops, bars and restaurants, and big events return to their rightful place in the big events capital.

All the while Victoria will keep building, fuelled by the government’s ambitious infrastructure agenda. And there will be jobs, jobs and more jobs.

But a second view is that two years of feverish spending and borrowing has left the state in a financially precarious position. Under this scenario, Victoria will remain crippled by unsustainable debt and spending, while businesses continue to be swamped by high taxes.

At best, the recovery will be faltering. High inflation – the result of geopolitical instability, global supply-chain problems and labour shortages – will force up interest rates, exposing state taxpayers to an even higher interest bill. And there will be debt as far as the eye can see.

The Andrews government’s political fortunes will hinge on the extent to which either of these two scenarios is realised.

But making predictions about where the economy and the budget might be heading is tricky. At the very least, to get an inkling of where things might be heading, it helps to look backwards.

Here are seven graphs that help explain the state of the state.

Most of Victoria’s debt is managed by the Treasury Corporation of Victoria, which issues state government bonds to raise cash to fill the gap when spending exceeds revenue.

The level of gross debt represents the cumulative consequences of successive budget deficits.

As the chart shows, net debt was already rising before the pandemic struck, as successive governments ramped up borrowing to pay for infrastructure.

But looking only at the dollar value of debt can paint a misleading picture, particularly if the economy is expanding. A more meaningful measure is net debt, expressed as a proportion of the state economy (or gross state product).

On this score, Victoria’s net debt has also soared, rising from a relatively modest 5.5 per cent of the state economy in mid-2019 to 15.3 per cent by mid-2021. If Treasury’s predictions are right, net debt will hit 27.9 per cent of gross state product by mid-2025, eclipsing the previous peak of 16.1 per cent reached during the recession of the early 1990s.

Whether the high debt matters is a point of conjecture. Leading ratings agency Moody’s has warned of “downgrade pressure” on Victoria’s credit rating, amid concerns the government should be doing more to tackle massive COVID-era public debt levels.

Moody’s senior credit officer John Manning has told The Age the state had a strong record managing its finances until the pandemic. He said the budget continued to be managed responsibly, but Moody’s would be looking closely at whether the upcoming budget included plans to keep a lid on spending and debt.

But RMIT emeritus professor David Hayward, one of only a handful of academics who keeps a close watch on the Victorian budget, said what mattered in terms of debt was whether it had been used pay for productive things, and whether it was needed to stimulate the economy.

“Now is the right time for borrowings and spending growth to be wound back, mainly because we have reached full employment and inflation is on the rise,” he said.

“We don’t have to be alarmed at the impact of rising interest rates on the budget because even though they are increasing, they are still very low … and (real) interest rates are still negative once we take inflation into account.”

He said inflation should moderate once pandemic-related supply chain issues were resolved.

Another way to view the debt problem is to look at the interest bill. On this measure the situation looks less dire, simply because borrowing costs have been close to zero. So while Victoria has taken on a huge amount of debt, the cost of servicing it has been relatively modest.

The interest bill is often expressed as a proportion of total revenue, providing a measure of the state’s capacity to handle its borrowing.

As the graph below shows, Victoria’s interest bill is still far below the levels prevailing during the recession of the early 1990s, when the cost of servicing the government’s debt peaked at 13.9 per cent of revenue (in mid-1993).

Borrowing costs are expected to rise to 6 per cent of total revenue by the end of the 2024-25 financial year.

Crucially, however, this rests on an assumption by state Treasury that interest rates will remain low. As Treasury noted in its most recent budget update, its forecasts are built on the expectation that Victoria’s “recovery will … be supported by low interest rates and strong demand for workers”.

With inflation running at its fastest pace for years, and unemployment at near-record lows, whether interest rates will indeed remain low is a crucial question, politically and economically.

The Andrews government has made no bones about its willingness to inflict new, targeted taxes to achieve its social policy goals. Some business groups are now warning Victoria’s competitive position has been eroded, with little scope left to impose more new taxes.

In last year’s budget, for example, the government announced a mental and wellbeing health levy expected to net an average of $843 million a year, under which businesses with more than $10 million in wages pay a payroll tax “surcharge” from this year.

There has also been a so-called windfall gains tax, under which developers and land speculators who reap windfall gains when their property is rezoned will be hit with a 50 per cent tax if the gain is worth $500,000. That measure is expected to raise an average of about $41 million a year once it starts on July 1, 2022.

Then there was an aborted attempt to raise a further $800 million a year by imposing a social housing levy on property developers, to pay for an extra 1700 social and affordable houses a year.

Once again, the best way to measure the tax impost is as a proportion of the state economy.

By 2023-24, the ratio is expected to rise to 5.6 per cent, which would be the highest since 1999-2000. Whether the tax take is being well spent on productivity-enhancing investments is a different question.

Victoria’s tax take is still lower than that of NSW. In 2020-21, the NSW government raked in taxes worth $34.1 billion, equivalent to 5.3 per cent of the state economy, the highest tax burden in the nation.

But comparatively, taxes were much lower in Queensland, at 4.4 per cent of the state economy, South Australia (4.1 per cent), Tasmania (4.0 per cent) and Western Australia (2.8 per cent). However, unlike other states, and particularly WA, Victoria does not earn substantial mining royalties, which are not counted as taxation. Hence, it is forced to rely more heavily on stamp duty, payroll tax and land tax.

The government has ramped up spending considerably. This is unsurprising, given it was forced to pump billions of dollars into the state economy to help insulate it from the pandemic.

But as the following chart shows, spending as a proportion of the state economy has been ramping up for years, rising from 14.2 per cent in 2014-15, when the government was elected, to 15.1 per cent on the eve of the pandemic in 2018-19. Spending is expected to peak at 15.7 per cent next financial year, before tapering off over the following three years.

Spending has exceeded total revenue since 2019-20, and is expected to stay that way for the next few years, although the budget on Tuesday is expected to chart a course back to surplus.

Angela Jackson, lead economist at Impact Economics and Policy, said much of the debt had been locked in at low rates, through 10-year government bonds, somewhat insulating the state from pending interest rate increases.

But she said the budget would need to be placed on a more sustainable, neutral footing, warning that taking back economic activity with spending cuts could do more harm than good.

“The best way to get it down is to grow our way forward,” Jackson said.

At least part of the story is a rising wage bill for public servants. This is both because there are more public sector workers and because they are being paid more. Spending on wages has never been higher.

By 2019-20, wages were soaking up the equivalent of 40.1 per cent of total revenue, up from 35.8 per cent a decade earlier. The government is unapologetic about this, arguing it has been forced to hire thousands of extra workers to help cope with the pandemic. If you believe Treasury’s predictions, the wage bill will taper off over the next four years.

What does it all mean?

The Andrews government is betting on the idea that the state economy will grow its way out of trouble.

Health – in particular, supporting ambulances, nurses and Victoria’s troubled triple-zero emergency call service – will be a central focus of the budget. But fixing the system, now in danger of buckling after two years of pandemic, will be expensive.

The government wants to keep building and boosting services. The problem is, the economic cycle has now collided with the sharp end of the political cycle.

Jackson said it was how the government spent taxpayers’ money that would ultimately matter. “Any investments are going to need to lift the productivity capacity of the state,” she said. “We are not in a crisis any more, so we don’t want an expansionary budget, but if they stopped spending that would also hurt the economy and the budget. It’s about steadying the ship.”