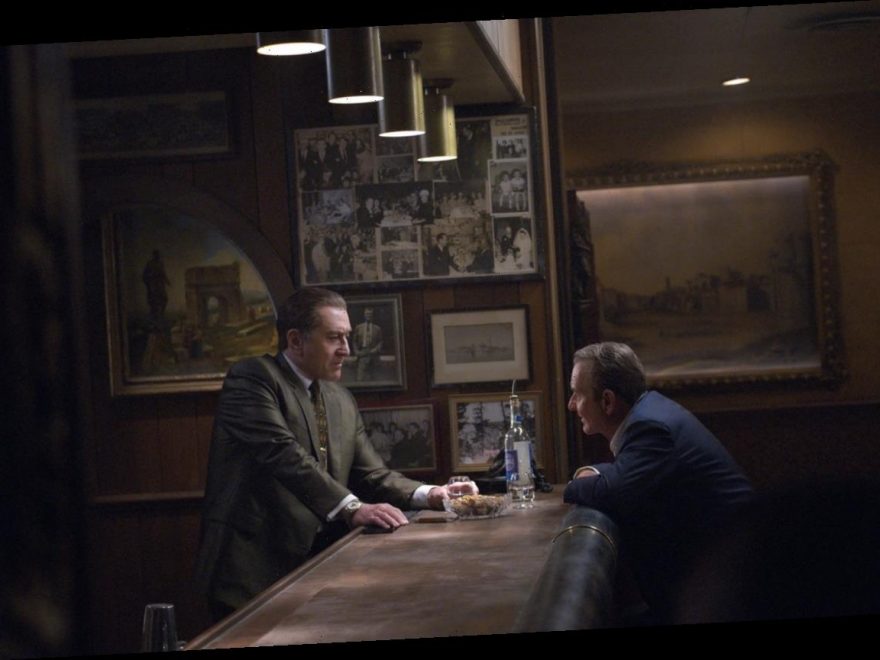 Netflix originals just keep on getting more and more prestigious, and the upcoming film The Irishman has a borderline ridiculous pedigree. Directed by legendary filmmaker Martin Scorsese and starring three of the most lauded actors of all time in Robert De Niro, Al Pacino, and Joe Pesci, the gangster movie tells the life story of Frank "The Irishman" Sheeran. The movie depicts how Sheeran became involved with the infamous disappearance of Teamster Union leader Jimmy Hoffa, but ended up happening to the man himself?

The movie is largely based on a book about Sheeran’s life by investigator and author Charles Brandt called I Heard You Paint Houses. The book recounts Brandt’s interviews with Sheeran in which "The Irishman" confessed to murdering Hoffa in 1975. Sheeran was never formally accused of Hoffa’s murder — though he was considered an initial suspect — and the disappearance of Jimmy Hoffa officially remains an unsolved case. Nevertheless, Sheeran — who was a high-ranking member of Hoffa’s Teamsters Union as well as a personal friend to the Union leader — reportedly claimed that he was the man responsible for Hoffa’s disappearance. He told Brandt that he shot Hoffa twice in the back of the head in a Detroit house near the restaurant where Hoffa was last seen alive. More recent DNA tests on blood found in the house have not provided a link to Hoffa, meaning there is no physical evidence to tie Sheeran to the crime he claimed to have committed.

Sheeran claimed to have murdered his friend Hoffa on orders from the Mafia, for which Sheeran is alleged to have been a hitman. Following his stint in World War II, Sheeran met and became friends with the boss of Pennsylvania’s Bufalino crime family, Russell Bufalino. Sheeran acted as Bufalino’s driver and most trusted aid for years, while also allegedly carrying out hits as per the mafioso’s instructions. One such alleged hit was the murder of mobster Joe Gallo at a Manhattan Italian restaurant in 1972, which Sheeran claimed to have committed in his interviews with Brandt.

One of the more outlandish claims that Sheeran made regarding his criminal career involved the assassination of John F. Kennedy. While Sheeran didn’t claim to have shot the president himself, he did tell Brandt that he supplied some guns to those who did — though he declined to name any names. It’s unknown whether any of Sheeran’s claims about Hoffa, Kennedy, Gallo, or others were on the level, but Brandt believes Sheeran told him the truth.

With such an elaborate criminal history (if it’s all true), one would think that Sheeran would have spent the bulk of his life in prison. But that’s not the case. It seems that Sheeran was able to avoid spending large chunks of his life behind bars, unlike Hoffa and Bufalino. He lived to be 83 years old, and died of cancer in a nursing home in 2003.

The Irishman puts a spotlight on the life of Sheeran, or at least the life he told Brandt that he led. And if the movie’s narrative is accurate, then it was quite a notorious life indeed.