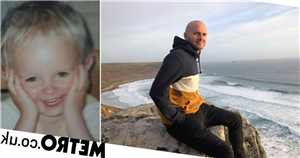 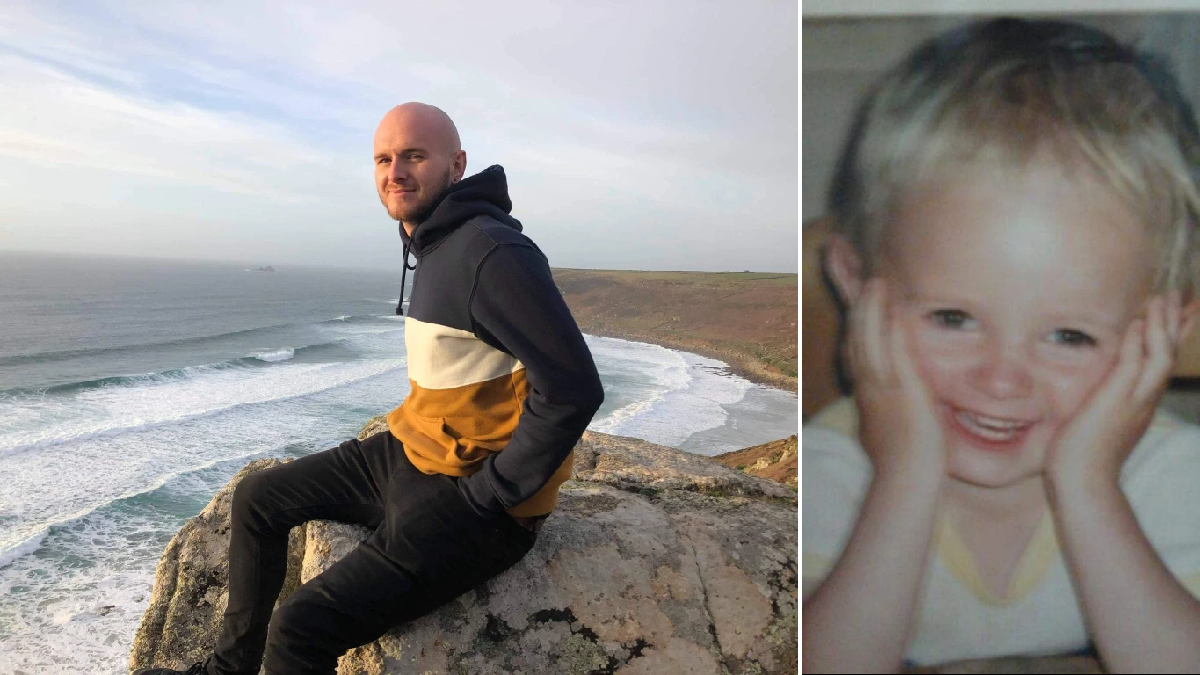 Luke Williams was adopted at the age of three, following a difficult start to childhood.

‘At that point in your life, you’re less developed, you don’t fully understand and the memories aren’t there,’ the 25-year-old tells Metro.co.uk.

‘It’s that feeling that something has happened – but you’re not fully aware of what has.’

Luke and his four siblings were taken into care at a young age after experiencing neglect from their birth parents, who were substance abusers.

He and his younger brother were adopted into one family, while his three other siblings went to another.

But despite these challenging early years, Luke found love and security in his adoptive parents – and describes his upbringing in West Devon as the ‘best anybody could possibly want.’

He explains: ‘It was amazing. We lived in a really nice house – not just material-wise – but the environment, too. We received love, time and reassurance in that sense.

‘We were quite outdoorsy, so we were always breaking stuff, mending stuff and making Go-Karts – and god knows what else.’

Luke’s adoptive father works as an optician and his mother is a learning disabilities teacher – something he thinks may have influenced his career path, as a supportive living manager.

‘Listening to my mum growing up and the people that she worked with, it definitely inspired me to get into it,’ he continues.

However, although he received love and support from his adoptive parents, Luke still had underlying trauma from his early experiences – something he believes all adoptive children battle with.

He also felt a lot of frustration and anger towards his biological parents.

‘There is an element of lasting trauma through being adopted – physical, emotional and verbal – that sticks with you,’ he says.

‘We all have times where we find it quite difficult.

‘Definitely, when you’re younger, you have a lot of questions and you want to know more. It’s a defence mechanism, where you have hostility towards them because they’ve done something not nice to you in your life. They’ve given up on you or not looked after you in a way a parent should – so that’s frustrating in a way.’

When he reached adulthood, Luke decided to make contact with his birth parents for the first time.

He says: ‘When we got to around 18, me and my siblings were all very interested in finding out more about our past – and that comes from a point of hostility to a degree.

‘I contacted them and it wasn’t what I needed in my life so I didn’t pursue it any further.’

Luke adds that the stability from his adoptive parents was something that enabled him to work through the trauma of his past. He believes this reliability is the most important thing an adopted child needs.

The 25-year-old stresses: ‘The biggest thing is that – and this sounds positive/negative – for people who are adopted, love isn’t enough. You can love a child so so much, but you’re going to get challenges and you just need to be there and be consistent.

‘I think from my own experience we [adopted children] push back as well, we sort of feel like we don’t deserve that love, or shouldn’t have it. It’s quite a complex thing to understand, in terms of having a family, not having it and then having one.

‘But we push back. It’s the last thing we want, but that’s just our coping mechanism – and I’m not saying that for everybody – that’s just how my family have dealt with it.

‘But having that consistency and people who are there, that’s the most important thing.’

As an adult, Luke has become more active in the world of adoption and gives talks to individuals considering it as a route to parenthood.

He does, however, think there needs to be more support for adopted children, to help them feel less alienated in educational and social settings – something he experienced first-hand.

‘Growing up it would have been nice to know other people who had been adopted,’ Luke says.

‘For example, in schools, if you’re adopted it’s a bit of an “odd one out” feeling.

‘Being able to normalise and familiarise yourself with others going through the same thing who have been through it, would have been quite nice.’

18-24 October marks National Adoption Week, a campaign which aims to highlight and champion all aspects of adoption.