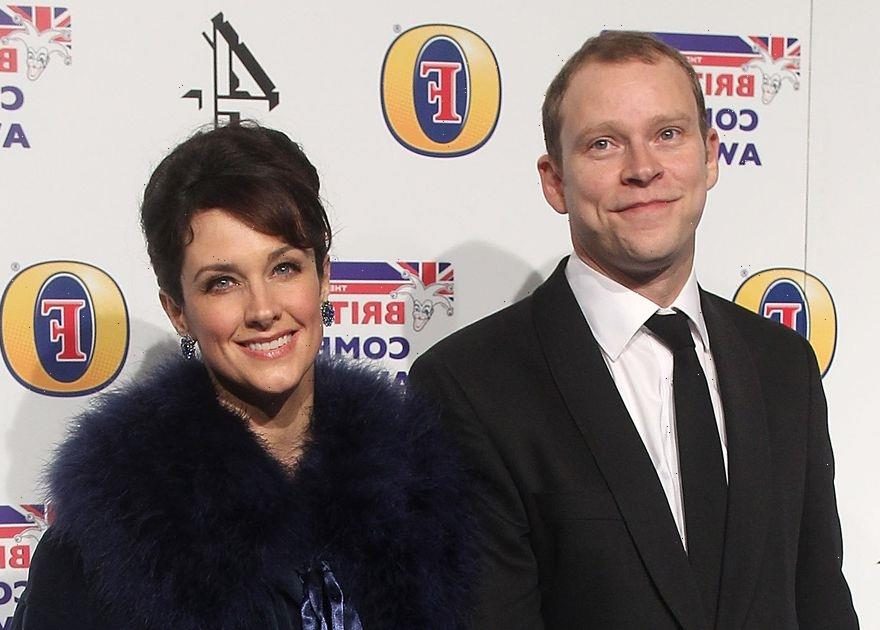 Strictly Come Dancing has announced the first celebrities for the 2021 line-up with Tom Fletcher, Robert Webb and AJ Odudu taking to the dance floor.

The news was announced on Wednesday's episode of The One Show as the celebrities unveiled themselves one-by-one in the BBC studio.

First up was McFly rocker Tom, 36, who held an electric guitar before spinning around on a chair, Peep Show star Robert, 48, was second while presenter AJ, 33, was the third star announced.

Here's a look at who Robert Webb will have cheering him on at home, as he makes his dancing debut.

Who is Robert Webb married to?

The sweet couple tied the knot back in 2006, and Robert's comedy partner David Mitchell was his best man.

Robert and his wife Abigail live together in a home in London.

Abigail works as a writer for television, radio and stage, and you might recognise some of her work, which includes the BAFTA-nominated Sorry I’ve Got No Head (CBBC) and Watson and Oliver (BBC2).

The couple share two daughters, and Robert has previously revealed to Lifestyle Daily that they're just like any other married couple.

"Like any other couple, we fight, but probably using slightly more stupid voices. We’re not really competitive with each other," he explained.

Robert added: "There’s a disparity between who’s had a break when.

"I had a massive break with Peep Show in 2003 but it hasn’t really happened for Abi in quite the same way. She’s very successful compared with most actors and writers in that she makes a living, but she hasn’t had the ludicrous good fortune that I have."

After being revealed as a Strictly 2021 contestant, Robert said: "It's very very exciting but a slight undertone of quivering terror. It was always in the stars, it was fated it was always going to happen."

The comedian, who previously had a life-saving heart operation, was asked whether the surgery has made him take on more challenges in life.

To which Robert said: "I'm mainly in it for the costumes. Yes, I suppose so, you get to a point in life where you sort of think this is no time to be cool. These experiences don't come along every five minutes, so I thought: 'Yeah', it suddenly felt weird not to.

"I wouldn't say it's the obvious thing to do while recovering from heart surgery, don't put it on the website, you know!"