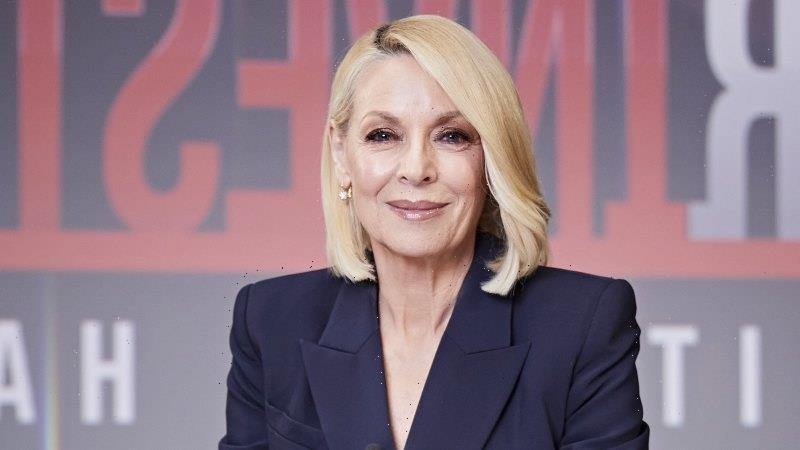 The disappearance of a young man on a Central Queensland highway 40 years ago; the death of a detective “who knew too much” on a lonely South Australian beach in 1981; the 1973 kidnapping of two girls from an Adelaide football oval; and, more recently, the “postcode” gangs of Sydney.

The crimes placed under the microscope of 60 Minutes veteran Liz Hayes and her “war table” of experts and insiders on Under Investigation with Liz Hayes mark a return to the original focus of the program, which had strayed into different territory. 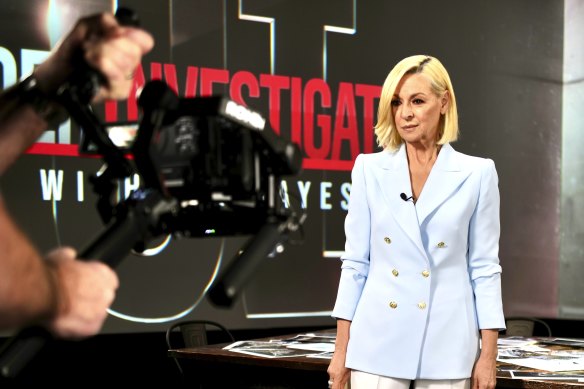 Liz Hayes says the success of The Teacher’s Pet podcast proves that true crime entertainment can prod memories and consciences.

Season three had included episodes such as “Putin’s Global Warpath”, “The Trump Religion”, “Australia’s Nuclear Dilemma,” and, most poignantly, “Operation London Bridge: Can the monarchy survive after the Queen dies?”

“Everything’s up for investigation,” says Hayes. “That’s our bread and butter. The Royals were one of those things we put together at a time when it was thought that the Queen was going to die much sooner. Everybody was looking at a ‘Queen dying’ kind of story, which sounds cruel doesn’t it? But in the world of journalism, that’s how it is.”

The contribution of Hedley Thomas’ podcast The Teacher’s Pet to the guilty verdict in the 40-year-old Lyn Dawson murder case is encouraging proof of the capacity of true crime entertainment to prod memories and consciences. Hayes is proud Under Investigation’s probe into the Victorian High Country double murder coincided with a surge in calls to Crime Stoppers before charges were laid last year.

“We’re using new technology to try and lift people’s memories and look at crimes through a lens that wasn’t available at the time, so that’s been interesting to see what response you can get from that,” says Hayes. “Without doubt, with time passing, it seems people are more prepared to speak up, whether it be to get something off their chest, or whether they feel that, all these years later, it’s safe to say something.”

Also examined this season is “slug gate”, the bizarre story of a Victorian catering company shut down in 2021 amid accusations of state government corruption; and the allegations of abuse at Perth’s Esther Foundation, a Christian drug and alcohol rehabilitation centre funded by then-prime minister Scott Morrison.

“That story is very disturbing,” says Hayes. “We worked with David Hardaker from Crikey, who was the first to write that story, so spending some time with him certainly helped us find more girls to speak about the things that were going on, right under the nose of every leader in the community.”

An episode titled “The Hate Police” investigates the alleged role of the NSW Police in the 1980s-1990s bashings and murders of gay men by Sydney gangs.

“Sometimes the police don’t want to be involved [in the series],” says Hayes. “To be fair to them, if cases are still active, that obviously poses a problem for them to come to the table. [Former NSW Police Commissioner] Mick Fuller came to the table when we were talking about [murdered police corruption whistleblower] Sallie-Anne Huckstepp. But you’re pushing into their territory.

While the program is yet to investigate Indigenous deaths in custody, Hayes says the subject is being considered.

“There are some difficulties on a lot of fronts, just in terms of [cultural] sensitivities,” she says. “And it’s Australia-wide. That’s why it should be addressed, not just by us but, by a lot of people. I think you’ll find, statistically, there are a lot more people who are Indigenous who die in custody than anyone else. Something’s very wrong. Being a commercial network should not prohibit us from doing stories that are important.”

Under Investigation with Liz Hayes returns on Monday, 8.45pm, on Nine.

Nine is the owner of this masthead.