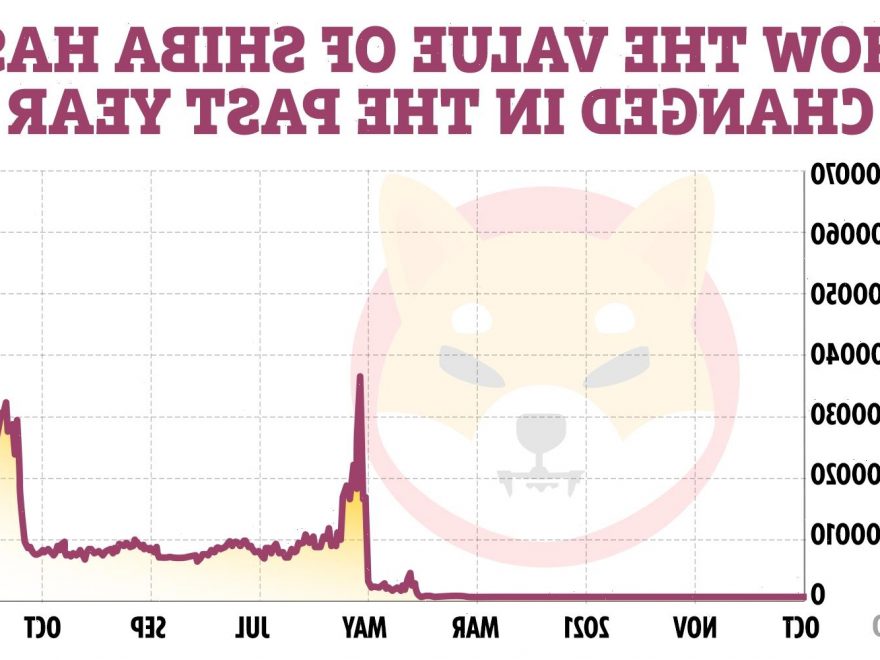 SHIBA Inu has been on an incredible run lately – and some are wondering how high it will go by the end of 2021.

While most major cryptocurrencies are down today on a Bitcoin sell-off, meme coin Shiba Inu has hit another record. 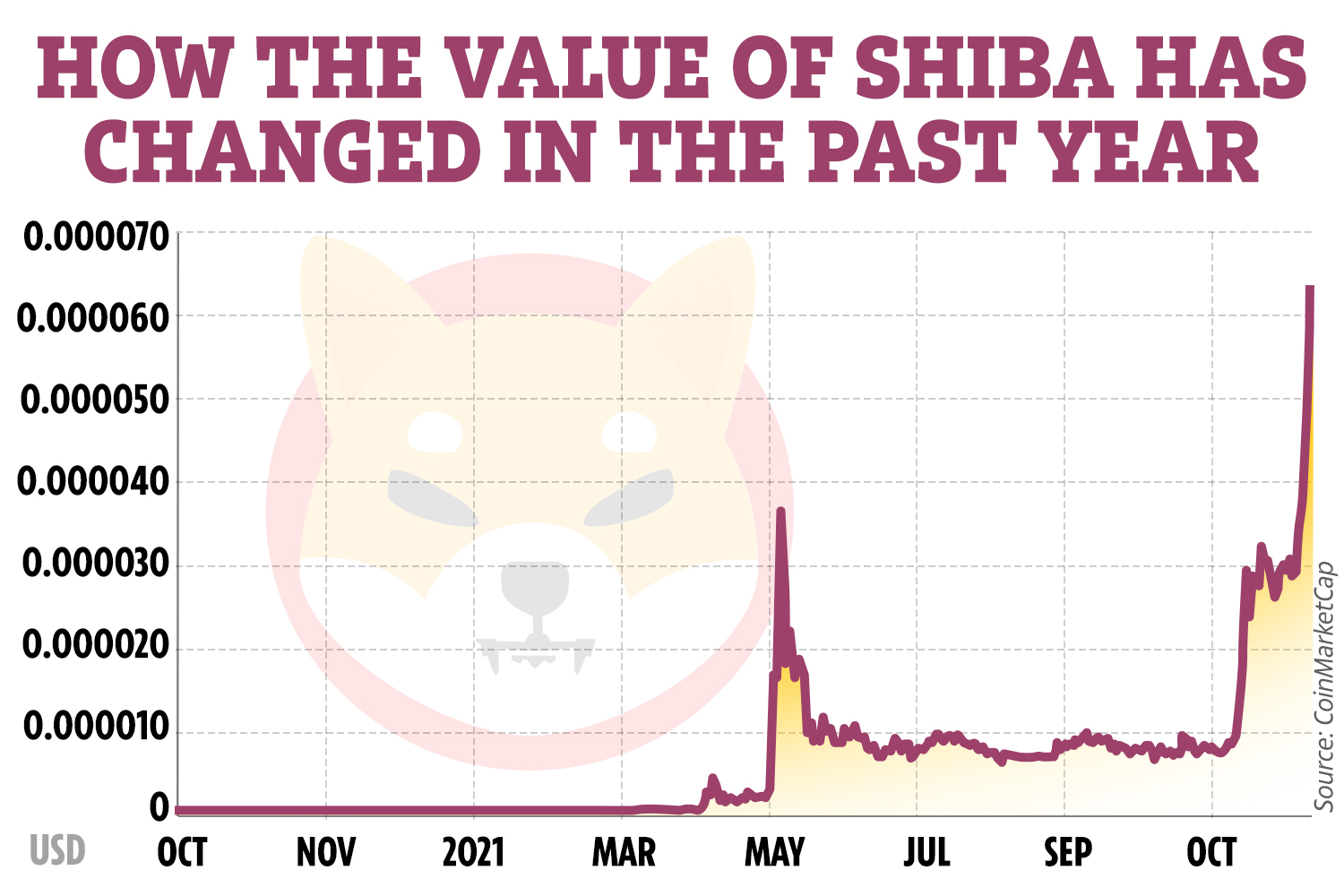 In the past month, Shiba has looked unstoppable – surging more than 770%.

What to know about Shiba

The first thing to keep in mind is that cryptocurrencies in general are subject to risks. This is because of the extreme volatility in the industry.

If you aren’t careful – you could lose a lot of money quickly.

However, it plunged 85% from that point in July.

Plus, Shiba launched trading just this year. Newer cryptocurrencies are riskier than those that have been around for longer, such Bitcoin, and could make you more vulnerable to scams.

The main thing to know about Shiba is that it's widely known as a meme coin. A meme coin typically gains off a social media or internet-based joke.

For example, the big rally this month started with billionaire Elon Musk posting a picture of his Shiba puppy on Twitter.

Mr Musk has done the same with another popular meme coin known as Dogecoin.

Speaking of which, the Shiba tokens feature the same dog of Dogecoin.

Sometimes Shiba is referred to as the “Dogecoin killer.”

In fact, Susannah Streeter, senior investment and markets analyst at Hargreaves Lansdown, told The Sun in the summer: "The Shiba Inu coin appears to have been created just to give Dogecoin a run for its money.

Overall, it’s difficult to predict how Shiba’s price will change in the future due to a wide number of factors affecting it.

This includes regulatory crackdowns around the world, and comments by high-profile individuals such as Musk, and other developments.

Myron Jobson, personal finance campaigner of Interactive Investor, previously told The Sun:“All it takes is a tweet from high-profile individuals who have significant influence on sentiment to cryptos to drive up demand.

But a big reason it’s been rising lately is not only because of Mr Musk’s impact, but there’s optimism that the meme coin will be listed on Robinhood.

This is over a petition getting launched this year on Change.org to "Kindly request of Robinhood to list Shiba Inu coin!"

"As more exchanges begin to list the token and provide investors the opportunity to gain exposure, like any asset it will become more routinely traded alongside the likes of Bitcoin and Ethereum,” Simon Peters, cryptoasset analyst at eToro said.

But some crypto forecasters are mixed on the Musk-touted cryptocurrency.

For example, crypto website Wallet Investor expects Shiba to be valued at just $0.000053 in a year – down from its current trading levels.

While it seems like it's possible Shiba can see more gains in the future, keep in mind it would need to rocket by nearly 160,000% from now until the end of the year to reach $0.10.

We recently compared the differences between Dogecoin and Shiba.

We round up five things you need to know about the Shiba Inu tokens.

Plus, check out four things you need to know about Dogecoin.