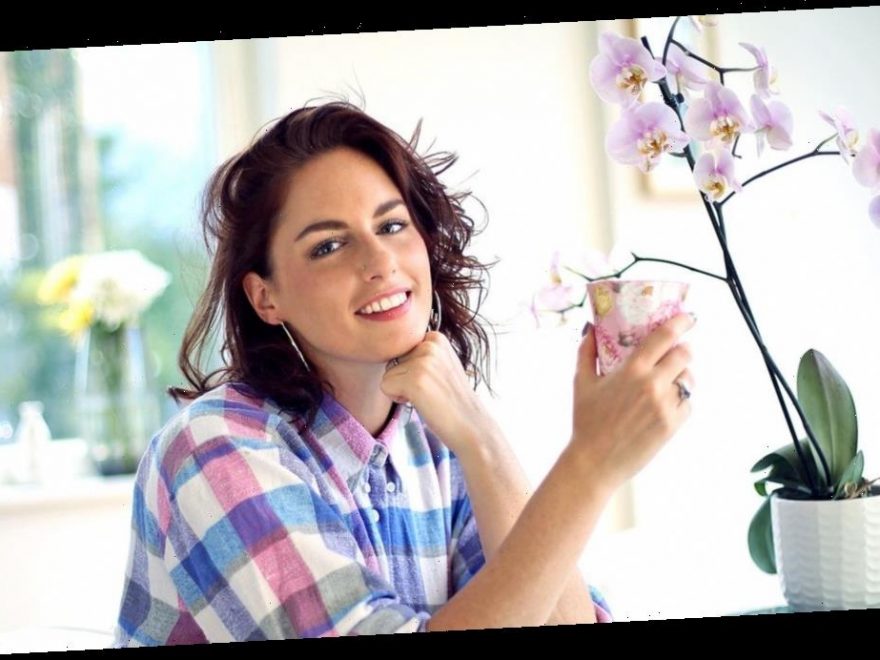 Lying in bed one night, Jade Shaw felt herself lift out of her body and float away out of her bedroom and above the streets.

But this wasn’t an unusual dream – instead, she believes this was an out-of-body experience (OBE).

The spooky event in 2014 led Jade to quit her job and change her life – and she now teaches others to have them, too.

Jade, who is 35 and lives in London, tells the Daily Star that she’d had strange experiences since childhood.

“I would sometimes feel like the bed was moving back and forwards by two feet or that I had an electrical current running through me,” she says. “Sometimes I felt myself coming out of my body and floating above my bed, before becoming so scared I’d get pulled back inside it.

“Then, one day, I was in a shop when I felt drawn to a book on the shelf. I picked it up and it was about OBEs, and it was describing what I’d experienced as a child. It made me question if this had been what was happening to me.”

Jade bought the book, which contained techniques on how to bring on OBEs. “I tried a few for about a month, but nothing happened, so I thought maybe it wasn’t real,” she recalls. “One night, I didn’t bother, but as I was on the cusp of sleep, I felt myself step out of my physical body. I was questioning it, but was able to turn around and look at my body from a distance in my room.

“I felt very light, free and floaty and seeing my physical body away from me made me realise I wasn’t limited to it.”

Jade says her consciousness travelled out of the window to a few different streets away. “I found a door on a corner and decided to remember it to see if I could find the same door when I returned to my body,” she explains. “Suddenly, I got quite scared then fell back into my body instantaneously.

“The next day, I walked to that street, where I’d never been before, and saw the same door. It blew my mind.”

Jade decided to leave her jobs as a dance teacher and choreographer to study for a master’s degree in Transpersonal Psychology. Through her research and for a documentary called Insight Out, which came out last year, she has spoken to others who have also experienced astral projection.

This is when the individual’s ­self-awareness leaves their body ­temporarily and can happen spontaneously due to things such as illness or disturbed sleep patterns, or be induced through techniques such as meditating or relaxing the body fully while keeping the mind active. People who are able to astral project say they do it while they are awake.

OBEs have featured in popular culture, with characters from TV shows including Stranger Things, Chilling Adventures Of Sabrina and Black Mirror astral projecting.

Some of Jade’s interviewees have said they were able to travel abroad and even into other dimensions. It’s unknown what causes them and some people believe there could be a paranormal link to them. But Jade, who teaches workshops on how to ­induce them, says she believes there is a scientific reason.

“I do think they are more of a psychological thing than a paranormal thing, but I wouldn’t say that makes them less meaningful to people,” she says. “What links most people who have them is that they have a profound awakening experience afterwards.

“It’s a little bit like the ­effect when astronauts are in space and look back at Earth and their world ­perspective changes.

“Many people who have OBEs change their lives, for example by finding a job more aligned with their true self, or they
become less fearful or stressed. I’m no longer scared of death at all.”

She adds: “I have people come to me with lifelong illnesses. Some people will have a big powerful experience but
others will get too scared or excited and immediately come back to their bodies.

“At the end of the day it’s a skill – you wouldn’t play a concerto in your first piano class. I also tell people it helps to have a good intention – the more meaningful that is, the more likely you’ll have an experience.

Jade says if you have an OBE, you shouldn’t panic. “If you have them spontaneously, it can be harnessed for wellbeing and be something that changes your life for the better.”