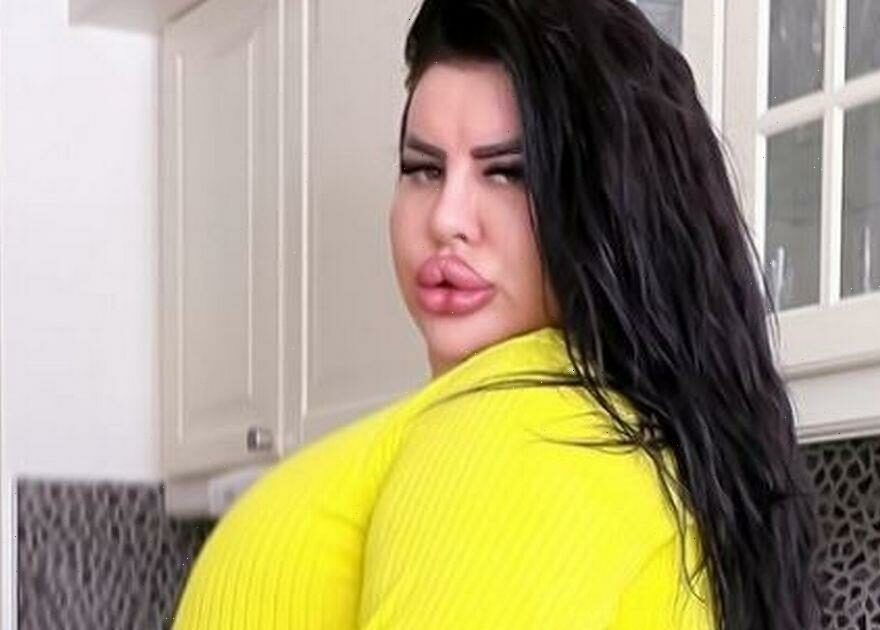 Model Natasha Crown, who is on a mission to get the 'world's biggest bum', has wowed fans by switching her look.

The 27-year-old OnlyFans star, who has spent $150,000 (£110,000) on five Brazilian bum lifts, is usually seen rocking super-dark locks while showing off her curvy rear online.

However, she seemed to have transformed herself, with the social media star seen sporting blonde tresses in her latest snap.

Natasha, who's from Serbia, took to her Instagram page to show off her golden-haired look as she told fans she was heading on a "date night".

The model was seen flaunting her curvy bum in the photo as she saw on sofa while in a black high-slit dress.

She rocked a dramatic pout pose as she looked down seductively at her rear.

As well as her new blonde locks, which appeared to be a wig, Natasha also rocked glam makeup including fluttery false eyelashes.

Captioning the post, she wrote: "Date night! Who will be the lucky person?"

Some of her 2million followers couldn't help but gush over her new look, as one exclaimed: "Love your hair blonde, wow!"

While another told her she was looking "very sexy".

Others also admitted they wanted to date her, as one exclaimed: "Hopefully me," to the date question.

Natasha said she thought this was because men are often 'scared of her'.

Speaking to Hooked on the Look on YouTube back in February, Natasha said: “My last relationship was seven years ago. I am pretty extreme, so I think people are afraid of me.