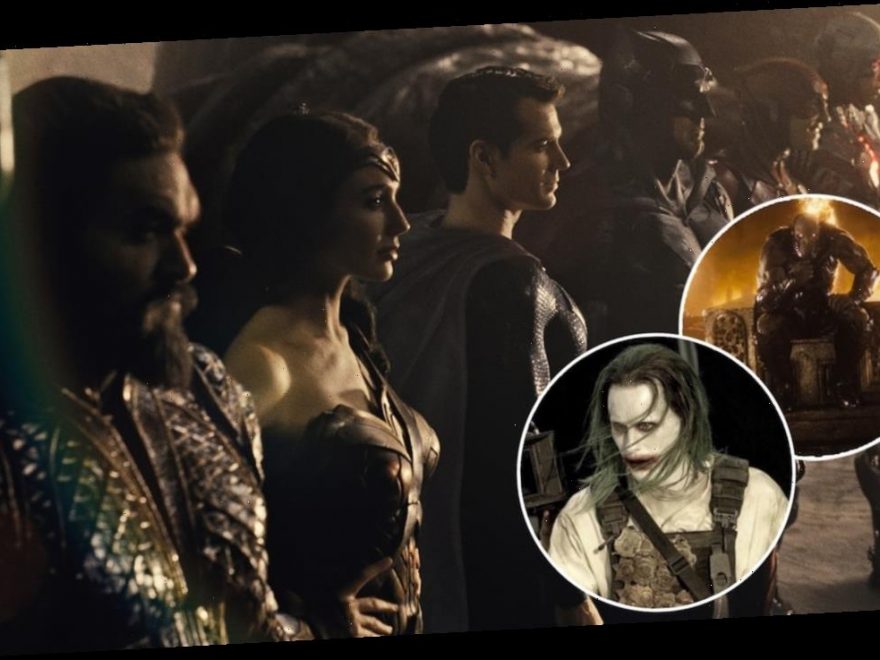 The new, four-hour cut of the film is finally here — and it sets up a sequel we may never see.

On Thursday, following a very vocal, years-long campaign to get it released, the Snyder Cut was finally unleashed on the world.

Quick backstory for anyone who somehow missed the last four years of drama, Zack Snyder stepped down from finishing the film after the death of his daughter and ongoing battles with the studio over edits. Joss Whedon was hired to finish the movie, which was a massive disappointment for critics, fans and the box office.

Feeling Snyder had been unfairly cut out of his own project, the #ReleaseTheSnyderCut movement began and, while the push sometimes became very toxic on social media, it worked. Warner Bros. threw another $70 million into the movie and allowed Snyder to finish it the way he wanted to — with both previously-unused new footage and a four-hour runtime — to debut on HBO Max.

While you may need to get up and stretch a couple times through the film, “Zack Snyder’s Justice League” is a far superior result.

Not only does it give Ray Fisher’s Cyborg a full and moving story to work with — and sees the character’s father, Silas Stone, sacrifice himself to help save the world — it also gives all of the characters a little more room to breathe, cuts out a lot of the awkward humor Whedon shoehorned in, explains the villain’s motivation in more detail and, thankfully, gets rid of that Russian family. Darkseid is also a stronger presence, Superman gets his black suit and Martian Manhunter even gets a cameo.

The movie also drops in some pregnancy speculation for Lois, who was seen with a pregnancy test in the dresser drawer next to her bed. Were she and Clark trying for a kid? Did she find out she was pregnant after Clark died the first time? We don’t really ever find out, but Lois is seen holding a bassinet when we last see her.

Yes, there’s a lot going on, but it’s a vast improvement over what fans got in 2017.

New Superman Movie Coming from Writer Ta-Nehisi Coates — But What About Henry Cavill?

The biggest difference between the two films, however, is what it sets up going forward. While the Whedon version teased a growing Justice League, the looming threat of Darkseid and Deathstroke (Joe Manganiello) teaming up with Lex Luthor (Jesse Eisenberg), new Knightmare sequences here reveal just how dire the situation could be.

Both Cyborg and Bruce Wayne have apocalyptic visions of the future throughout the film. In one, Cyborg sees a dead Wonder Woman, Darkseid killing Aquaman and Superman cradling Lois’ burnt-to-a-crisp body. In Bruce Wayne’s prophetic dream — a totally new sequence filmed especially for this cut and taking place after Darkseid’s apparent attack on the planet — only he, Mera (Amber Heard) and Flash (Ezra Miller) have survived.

They’re forced to team up with both Deathstroke and Joker (Jared Leto) to take down both the Big Bad and Superman himself, who has turned evil after Lois’ demise.

In this potential future, Bruce and Joker have a conversation where they remind each other of those they’ve lost. It’s not exactly a friendly convo though, as Joker reminds Bruce about his parents’ death and that of his “adopted son,” a reference to Robin, who we know the Clown Prince of Crime killed. “You need me to help you undo this world you created by letting her die,” Joker tells him, “Poor Lois, how she suffered so.”

While Joker asks for a truce, Bruce reveals Harley Quinn has also died and when she was “bleeding and dying, she begged me with her last breath that when I kill you, and make no mistake I will f—ing kill you, that I do it slow. I’m gonna honor that promise.”

The vision ends with Superman, red eyes and all, finding them. In the final scene of the film, after Bruce awakens from his sleep, Martian Manhunter finally reveals himself and vows to do more to help protect the people of earth.

Though Snyder has said he doubts he’ll ever get to make his planned followup, the dynamic at play here is something we’d be very interested to see more of.

Ben Affleck Says Dealing with Divorce and Alcoholism Made Him a Better Actor, Reignited His Passion