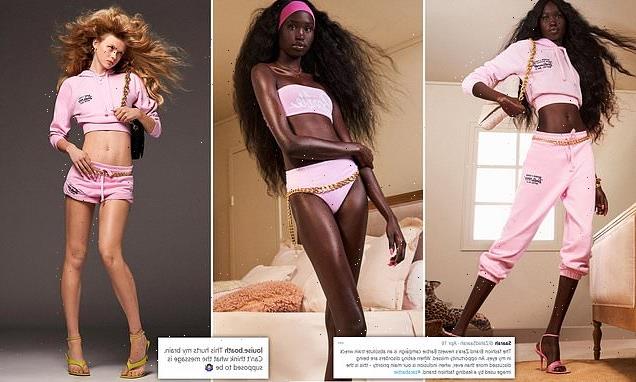 ‘I thought we left this skewed body image back in the 90s?’ Zara’s Barbie collection is slammed by shoppers for promoting ‘unrealistic body types’

Zara’s new collaboration with Mattel’s Barbie has sparked outrage online – with many slamming the collection for promoting an ‘unrealistic body type.’

Zara are also selling limited-edition Barbie dolls for £29.95, with all proceeds going to Spanish charity, Entreculturas – which helps with the development of educational activities.

Taking to Instagram account @AwkwardZara, one enraged shopped penned: ‘Okay apart from being an utter trainwreck of a collection destined for landfill, Zara’s recent Barbie collection has raised a lot of really interesting and valid concerns from our followers on the topic of perpetuating Barbie’s unrealistic body type.’

‘When most brands seem to be aware that the average UK dress size for women is a 16 and have begun to display size diversity in their images, Zara has always dug its heels into the ground in this respect. 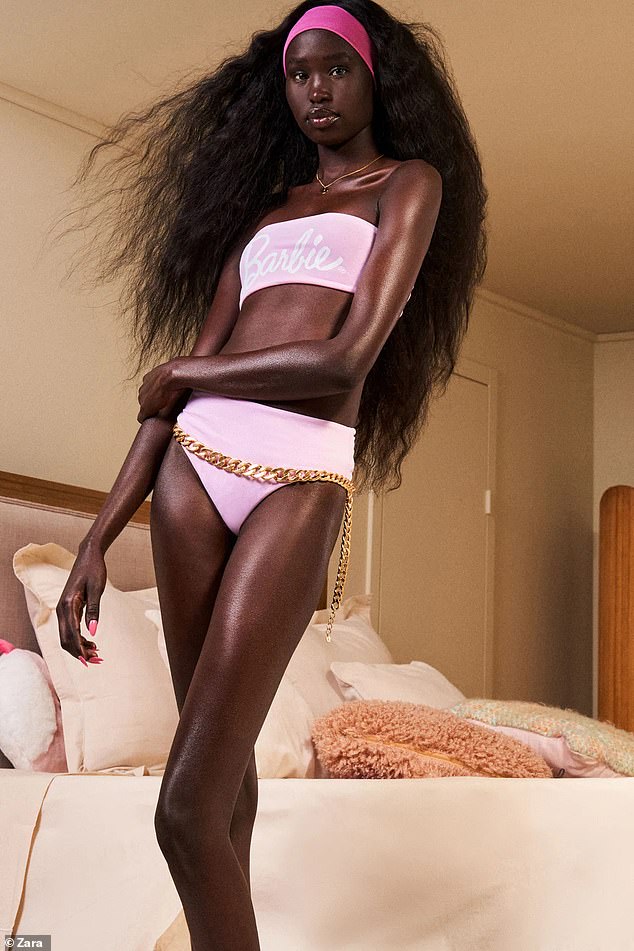 Zara’s new collaboration with Mattel’s Barbie has sparked outrage online – with many slamming the collection for promoting an ‘unrealistic body type.’ Pictured, Bikini top with a detachable cup and a straight neckline 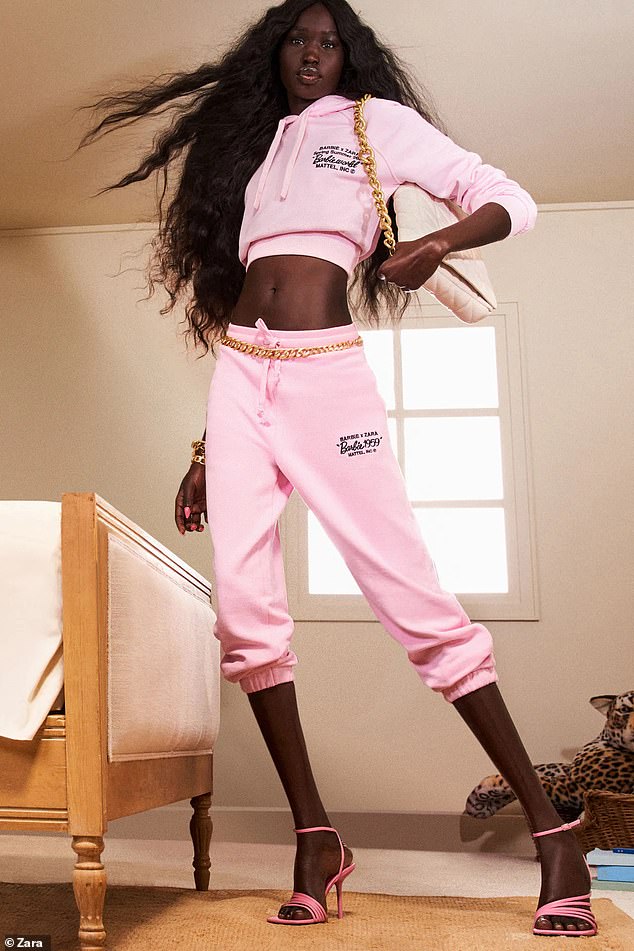 Pictured, high-waist trousers with an elastic waistband and adjustable drawstrings

It continued: ‘At a time when EDs are rightly being discussed more than ever as harmful to young women, a collection celebrating a plastic doll with proportions which cannot possibly be achieved by a real human – with creative direction such as low angle photography designed to elongate their bodies to a level of distortion – feels tone deaf.’

The person went on to urge their 46,300 followers to take to the comments section if they so desired in the hope of getting the retailer to listen to people’s responses – and it wasn’t long before people did exactly that.

‘I think it’s the term “unrealistic” we should be focusing on here,’ wrote one. ‘As someone who is conscious to be healthy – not carrying additional fat on my body and not being underweight either, I think “skinny shaming” is as harmful as promoting obesity as “normal.”

‘I think companies who have influence over girls weight and image should try harder to be realistic that’s all.’ 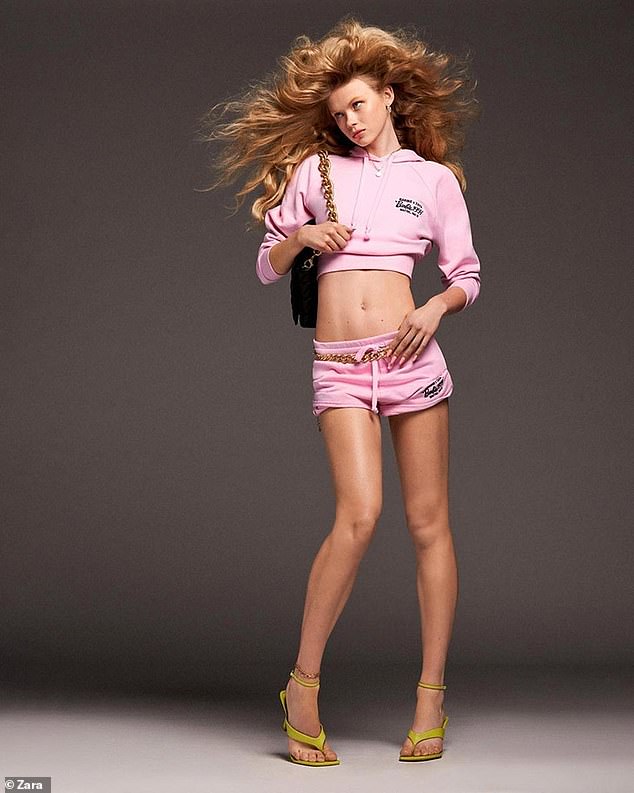 In response to the photographs (pictured), one person commented: ‘I think it’s the term “unrealistic” we should be focusing on here’ 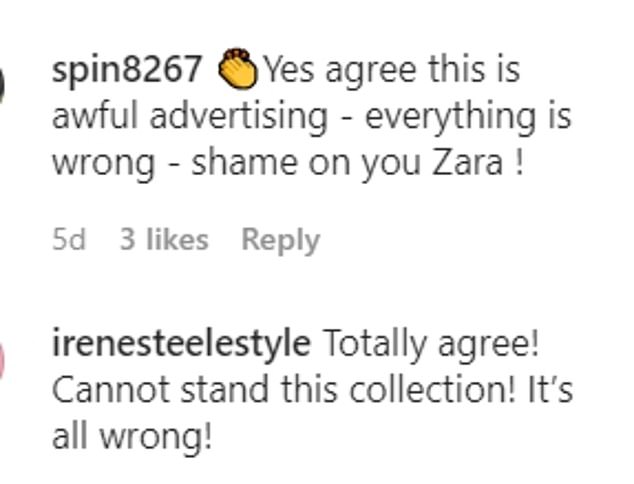 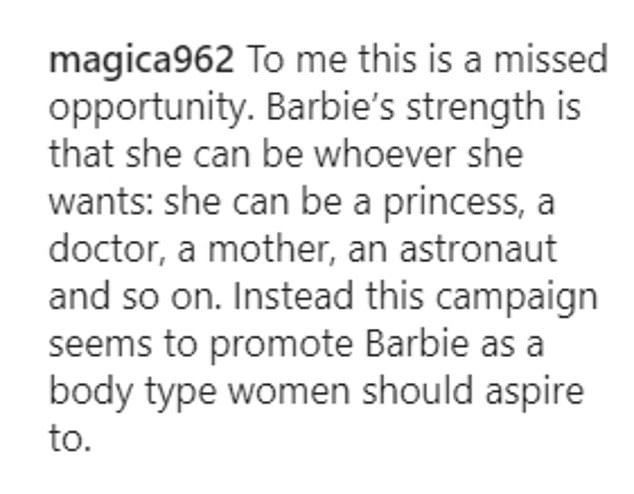 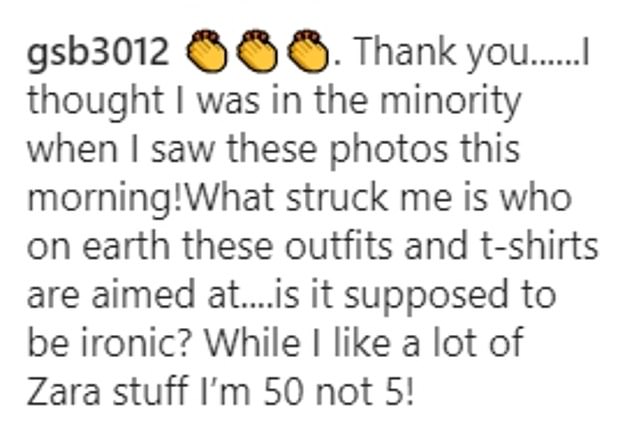 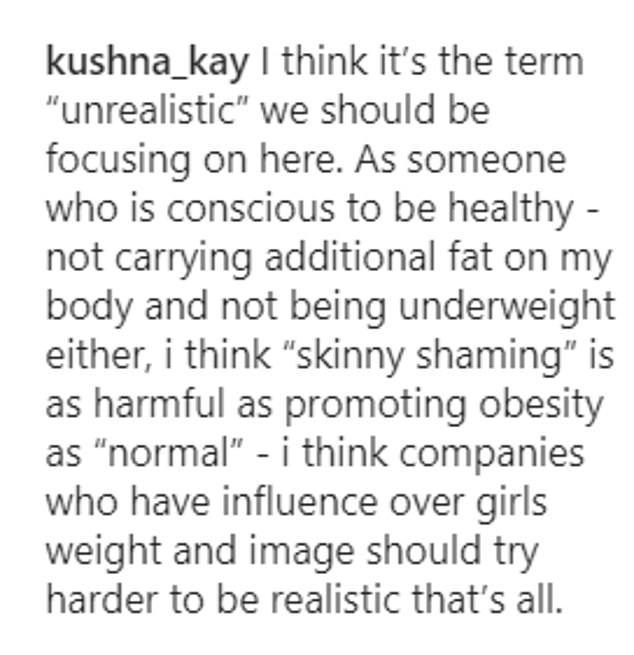 Another told how they struggled to determine ‘what the message is supposed to be’ – adding: ‘This hurts my brain.’

A third said they saw the marketing as a ‘missing opportunity’ and explained: ‘Barbie’s strength is that she can be whoever she wants: she can be a princess, a doctor, a mother, an astronaut and so on.

‘Instead this campaign seems to promote Barbie as a body type women should aspire to.’

Meanwhile, a fourth commented: ‘Seriously Zara: I genuinely thought we left this skewed body image back in the 90s? Disappointed,’ while a further added: ‘This is so out of touch.’ 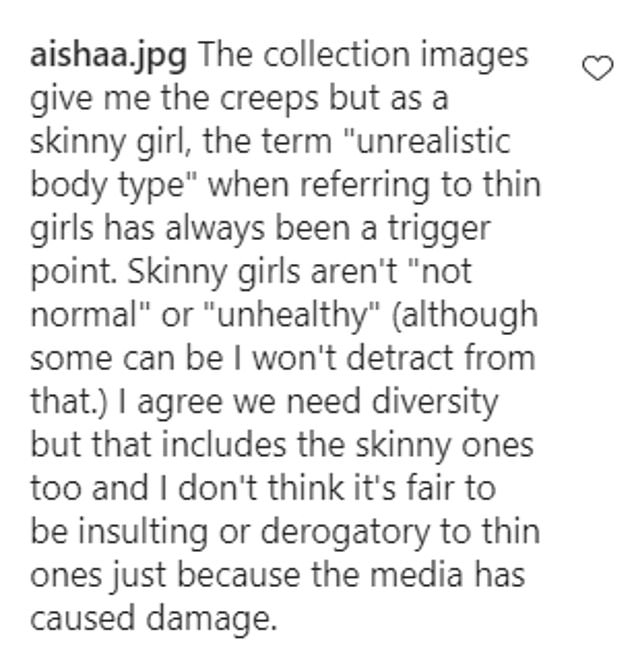 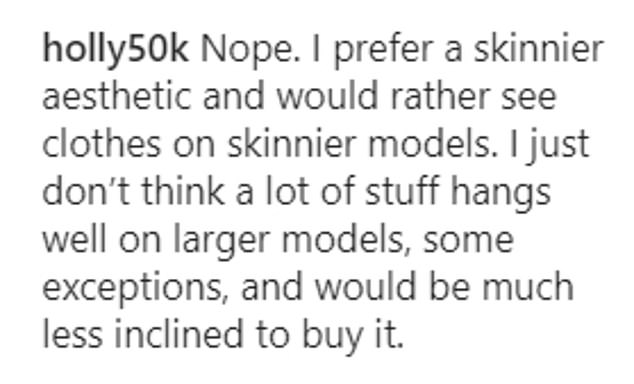 Elsewhere, others took a different opinion and spoke out in defense of the campaign (pictured)

However, others took a different opinion and spoke out in defense of the campaign.

‘The collection images give me the creeps but as a skinny girl, the term “unrealistic body type” when referring to thin girls has always been a trigger point,’ wrote one.

‘Skinny girls aren’t “not normal” or “unhealthy” (although some can be I won’t detract from that.) I agree we need diversity but that includes the skinny ones too and I don’t think it’s fair to be insulting or derogatory to thin ones just because the media has caused damage.’

A second commented: ‘Nope. I prefer a skinnier aesthetic and would rather see clothes on skinnier models. I just don’t think a lot of stuff hangs well on larger models, some exceptions, and would be much less inclined to buy it.’