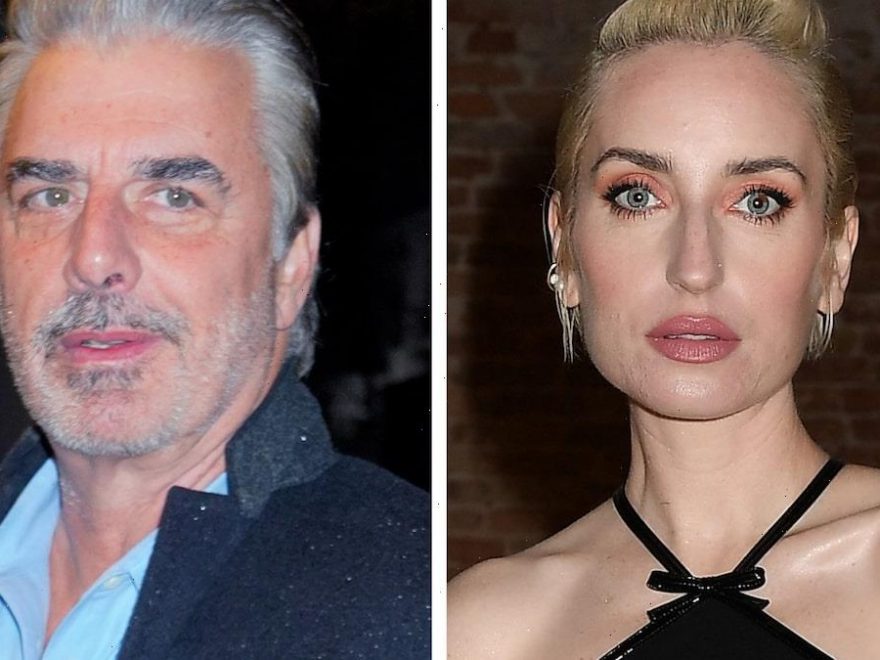 Noting her claims were "small" in comparison to the assault allegations, she added, "navigating predation at any level is a burden all women have to bear"

Actress Zoe Lister-Jones shared misconduct allegations against “Sex and the City” star Chris Noth, while also making a greater point about what women have to deal with on a daily basis in this world.

Lister-Jones — who stars on “Life In Pieces” and appeared on a 2008 episode of Noth’s show, “Law & Order: SVU” — posted about her alleged experience with Noth after two anonymous women came forward to accuse him of sexual assault on Thursday. Noth has denied the women’s allegations.

These claims all come after his return to “And Just Like That,” HBO Max’s “Sex and the City” followup which killed him off in the first episode.

“Last week, my friend asked me how I felt about Mr. Big’s death on And Just Like That, and I said, honestly, I felt relieved. He asked why and I told him it was because I couldn’t separate the actor from the man, and the man is a sexual predator,” wrote Lister-Jones on Instagram. “My friend was alarmed at my word choice. And to be honest so was I. I hadn’t thought of this man for so many years, and yet there was a virility to my language that came from somewhere deep and buried.”

She claimed that, while in her 20s, she worked as a promoter at a nightclub in New York City — where he was “consistently sexually inappropriate” with one of her coworkers, without getting into more detail. She then alleged that when she appeared on “SVU” in a guest role that same year, “he was drunk on set.”

“During my interrogation scene he had a 22 oz. of beer under the table that he would drink in between takes,” she claimed. “In one take he got close to me, sniffed my neck, and whispered, ‘You smell good.’ I didn’t say anything. My friend at the club never said anything. It’s so rare that we do.”

While Noth hasn’t spoken about these latest allegations, a source told PEOPLE any accusation of him being drunk on set was “entirely false.” TooFab has reached out to his rep for comment. 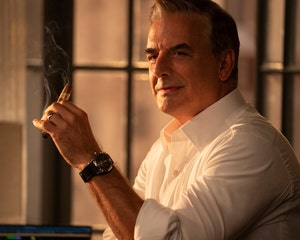 As her post continued, Lister-Jones acknowledged that her alleged experience was nowhere near as bad as what the other women had accused Noth of doing. She did, however, open up the conversation to be about what women have to deal with from men in their daily lives.

“Part of being a woman in this world is taking a certain amount of pride in knowing how to handle yourself in these situations. In denying their impact as a means of survival,” she wrote. “And burying the feelings that come with the transgressions that we have been taught are simply to be expected.”

That portion of her post in particular earned the actress a “That part. ??” from Sophia Bush.

“My experiences are small in comparison to the accounts of assault that have so bravely been shared today. But navigating predation at any level is a burden all women have to bear,” Lister-Jones continued. “And for the most part there is no accountability, and no consequence.”

“Chris Noth capitalized on the fantasy that women believed Mr. Big represented. And those fantasies often create environments where emotional confusion thrives,” she added. “Perhaps Big’s death is the communal grief we must all face in mourning that fantasy, in releasing that male archetype we as women have been fed through popular culture, and confronting its dark and pervasive underbelly.”

She concluded her post by writing, “F–k Mr. Big.”

Lister-Jones got more support from some of her Hollywood peers in the comments. Busy Philipps left her a series of hearts, while her former “Friends with Better Lives” costar Brooklyn Decker added, “Love You” and a heart emoji. Helen Hunt — who was in “Cast Away,” which also featured Noth — Andrew Rannells and Minka Kelly also left hearts on her post, while “For All Mankind” star Krys Marshall wrote, “He used to come to Cipriani when I was a promoter there and yea…. YUP.”

Michelle Monaghan commented “Thank you Zoe ?”, while AnnaSophia Robb — who starred on the “Sex and the City” prequel series “The Carrie Diaries” — left a broken heart emoji.

On Thursday, two separate women came forward accusing Noth of sexual assault on two separate occasions in 2004 and 2015. He, however, claimed both encounters were consensual.

“The accusations against me made by individuals I met years, even decades, ago are categorically false,” he added in a statement to TMZ. “These stories could’ve been from 30 years ago or 30 days ago — no always means no — that is a line I did not cross. The encounters were consensual. It’s difficult not to question the timing of these stories coming out. I don’t know for certain why they are surfacing now, but I do know this: I did not assault these women.”