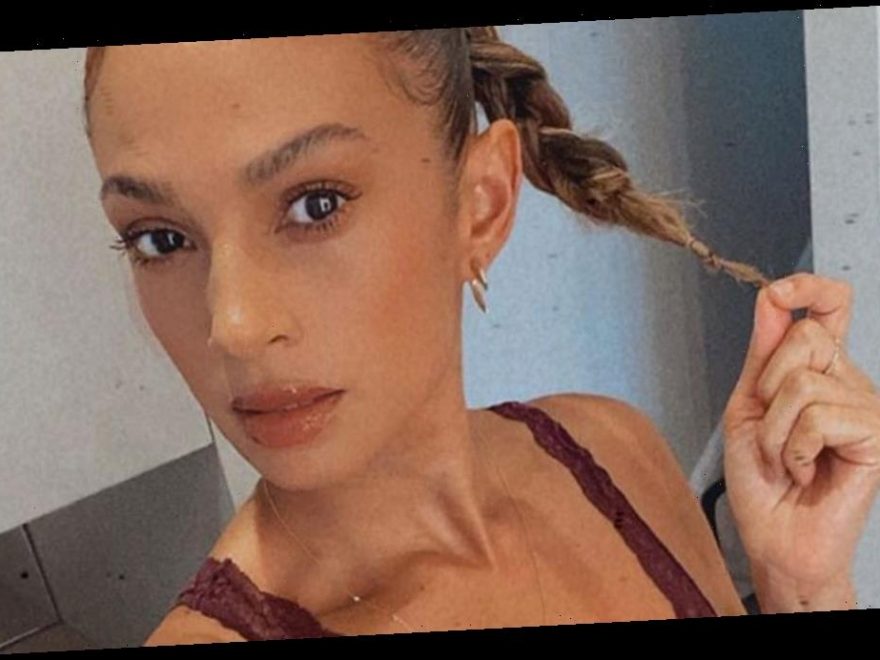 Alesha Dixon has once again left her millions of fans' tongues wagging as she put on a sexy display for them.

The 41-year-old natural beauty, who is a judge on Britain's Got Talent, took to her official Instagram account and then to her Story to share several video clips of herself.

In the clips, Alesha can be seen sweetly having the time of her life as she dances around loved ones looking stunning as she flaunted her killer figure in a plunging shirt.

Keeping it classy, the star let the shirt plunge down far but not far enough to reveal her cleavage.

The beauty, who arguably has an ageless beauty to her, shared the video with her 1million followers on the platform.

In the first video clip, she can be seen smiling from ear-to-ear as she dons a silk shirt which plunges down to reveal her flesh.

The babe took a second to stand still and hold what appeared to be a glass of wine up to the camera as she cheers'd to it being the weekend.

Speaking to her fans she raised the glass up as she said: "Cheers to it being Sunday!"

Joined by loved ones, the stunner danced around enjoying the moment as she also filmed herself dancing with a sweet little girl as they sang together and laughed.

It comes after Alesha admitted she's not sure Simon Cowell will be well enough to take part in the Britain's Got Talent live shows after he broke his back earlier this month.

The mum-of-two spoke to Eamonn Holmes and Ruth Langsford on This Morning and gave a small update on Simon.

She said: "I've spoken with [his partner] Lauren [Silverman], who's been keeping me updated, I've not been able to stop thinking about them all, it's absolutely horrific.

"We're all devastated but the positive thing is he's in good spirits and Lauren says slowly he's on the mend, so I've got all my fingers and toes crossed that, come the live shows, we can hopefully have Simon on the link, because we love him."

Alesha also confirmed that the live shows will begin filming at the end of this month.