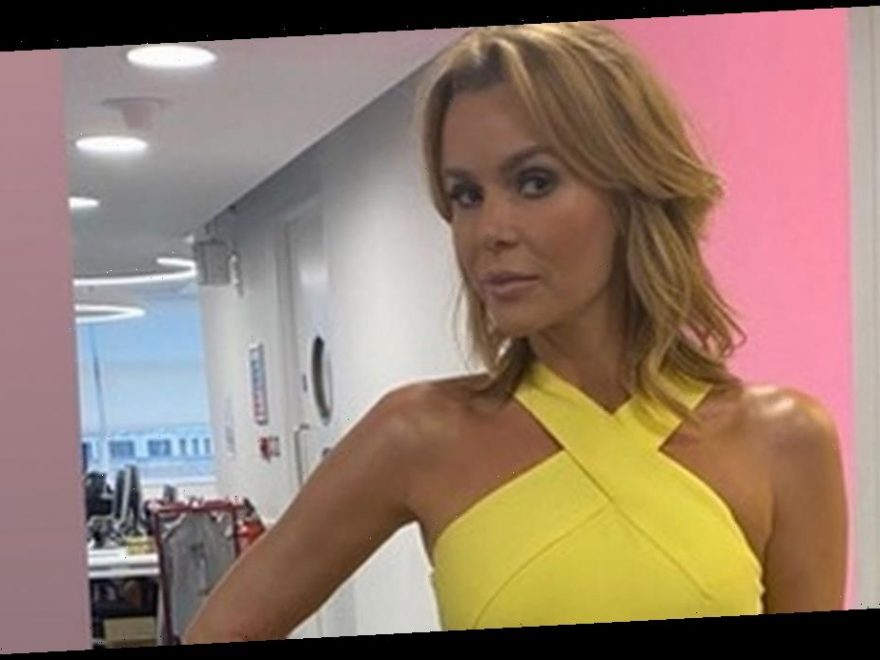 Amanda Holden celebrated the release of her new album, Songs From My Heart, with a characteristically glamorous Instagram post.

The Britain's Got Talent judge, 49, could be seen sprawling in a field of wildflowers as she plugged the new album, which was set to be released on Friday morning.

Wearing a fuchsia chiffon gown, complete with a smocked bust and flared sleeves, Amanda looked radiant as she reclined on the lawn.

Her blonde locks were worked into waves, falling gently around her face as she gazed directly at the camera.

With winged black liner swooping around her eyes, and peachy pink lipgloss, the BGT star was a picture of beauty in the candid outdoor snap.

In her caption, Amanda admitted her nerves had got the better of her, as she anticipated the album release later in the day.

She wrote: "Morning! Waking up today with a NEW ALBUM OUT ‘Songs From My Heart'.

"I am nervous and excited but I just can't wait for you all to hear on @thisisheart today @denysdionysios."

Taking to the comment section below, Amanda's WHAT followers were simultaneously excited about the album release, and smitten by the sultry photoshoot.

One said: "Yayyy!! Can't wait to hear it all!! Congratulations."

"Congratulations Amanda.. God bless, keep it up," exclaimed a third.

Featuring tracks such as With You and I Dreamed a Dream, the inspiration for Amanda's debut album came from a personal place.

Admitting to laying herself "bare" in the recording studio, she told fans: "People think they know who I am because they see me being loud and outrageous on the television or radio.

"That is a part of me but really I'm all about my family. This album is all the songs I've loved in my life sung for the people who mean the most to me. It's a very emotional album that everyone can relate to.

"I had a tape recorder as a little girl and would sing into it dreaming of this moment."

She finished: "There is a story behind every song on the album celebrating life, love and loss – the darkest and happiest moments in my life so far. It is literally my heart laid bare."