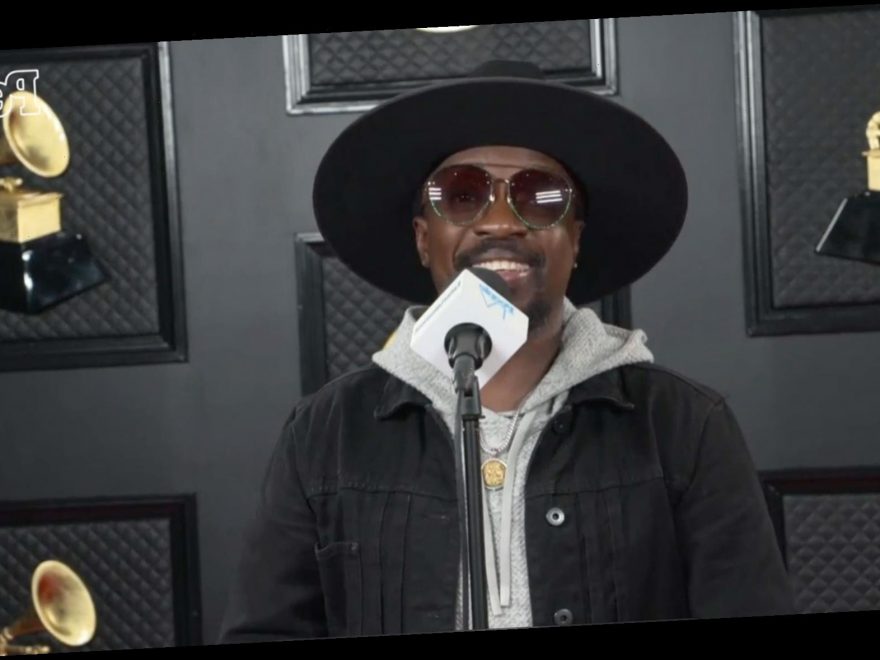 Grammys, get read for some bops!

The 17-time nominee also reveals his standout moment from his past Grammys.

"Rihanna," he says immediately, referring to her 2013 rendition of "Stay." "Her performance with Mikky Ekko, maybe three rows back from the stage. It was just one of my favorite songs at that moment. It was incredible."

Hamilton opened up about his new track with Tamike Mallory, "Mercy."

"Everything that happened in 2020, from the pandemic to the racial injustice, and all of that went into this song. And being a Black man and having six Black sons, it was a time of heavy heartedness," he tells EW and PEOPLE. "And I wanted to write something that gave Black man the strength and the okay to just not be okay but still feel strong and support it."

"Having Tamika Mallory to set it up — this strong Black figure in the Black community — it allowed people to see that we're still connected," he adds. "It's almost like mother and father was setting it up.""

Check out PEOPLE's full Grammys coverage to get the latest news on music's biggest night. While Hamilton isn't nominated this year, DaBaby and Roddy Ricch are nominated together for three Grammys this year for their collab "Rockstar" in the record of the year, best melodic rap performance and best rap song categories.

PEOPLE and Entertainment Weekly are also teaming up to bring you some glamour and award show speculation ahead of the Grammy Awards on Sunday, even if most of the nominees and guests will be at home wearing sweatpants.

The livestream will broadcast live from New York City and will feature celebrity interviews both virtual and in-person from the Grammys red carpet in Los Angeles.