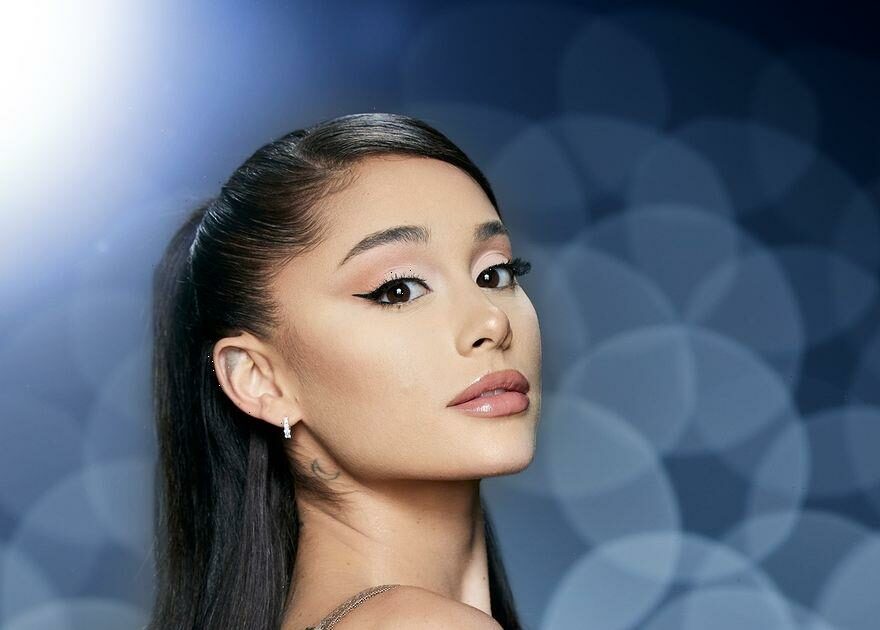 The pop singer took to her Instagram story and reposted a picture shared by her friend, actress Cynthia Erivo.

In the snap, Ariana gazed off into the distance as she held a shiny ball of rose quartz in her hand.

Grande wore minimal makeup as she posed for the selfie, with just black eyeliner and pink lip gloss visible.

The pop singer styled her brunette locks slicked back from her face and accessorised with dainty silver earrings.

However, her outfit was the star of the show and featured a square neckline with a row of pink feathers.

Cynthia also stunned in a black jacket, a green top with a hood and matching green glasses as she looked down the lens.

The picture comes after Ariana recently sent a sweet gesture to victims of the Manchester bombing, five years after the tragic event took place.

Back in 2017, a terrorist set off a bomb at a concert Ariana Grande held in Manchester Arena where 27 people were killed, including the bomber, and 1,017 were injured.

After the event, Ariana suspended her Dangerous Woman tour and took a two week hiatus.

In memory of the tragic event half a decade on, Ariana Grande continues to honour those who were lost and spread Christmas cheer to the Royal Manchester Children’s Hospital Charity.

They tweeted out to thank the Thank U, Next singer for her gifts and wrote: “Thank you, Ariana! We were so excited to receive Christmas gifts for young patients across our hospitals from Ariana Grande.”

The 29-year-old’s presents were given to babies, children and teenagers at the hospital along with Wythenshawe Hospital, North Manchester General Hospital and Trafford General Hospital.

Tanya Hamid, Interim Director of Manchester Foundation Trust Charity took to Instagram and wrote: “It’s so wonderful that Ariana has once again been so thoughtful and made this special donation to our family of hospitals.”

She continued on to say: “We know Manchester, and in particular Royal Manchester Children’s Hospital, holds a special place in Ariana’s heart.”