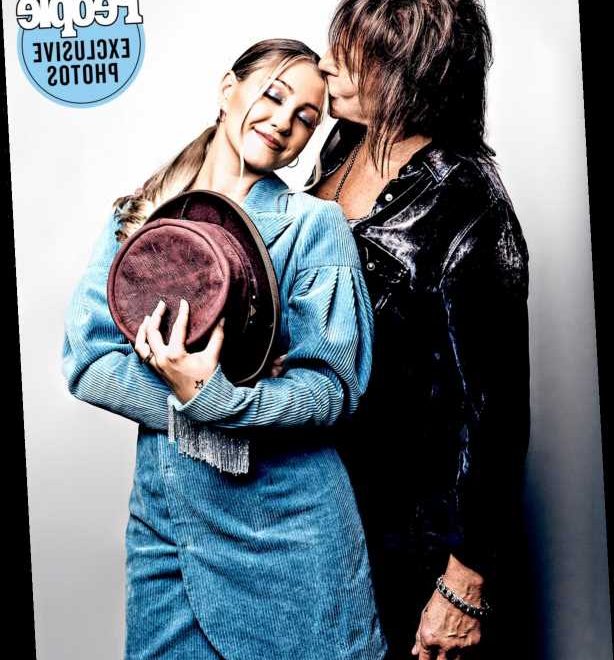 Ava Sambora is opening up about her relationship with her famous dad, former Bon Jovi guitarist Richie Sambora.

"He's always been such a rock for me in my life," the 23-year-old recent college grad tells PEOPLE in its new issue, on stands Wednesday. "He has always been so supportive of me and all of my dreams."

Ava, whose mom is legendary TV actress Heather Locklear, 59, calls her dad "generous and compassionate" and says he has always encouraged her "to show up for myself." Sambora, 61, opened up in the same issue about how his daughter's love saved him from unhappiness—and the rigors of the rock and roll lifestyle, saying he had "no regrets" about changing his life and deepening his relationship with his teen daughter.

"I'm lucky enough to have an amazing relationship with my daughter," says Sambora, who abruptly quit the iconic rock band Bon Jovi mid-tour in 2013, and subsequently decided to live a quieter life at home in Calabasas, California, with Ava.

"We've been through a lot of things together. That was a time of psychological maintenance for the family," he told PEOPLE. "You know, I ain't no angel. But I realized, Ava needed me to be around at that point in time. Family had to come first, and that's what happened." Even when he toured "almost non-stop" Sambora says he would fly private to come home from the road and see Ava, a gesture she says she deeply appreciated.

"He showed up to every football game I cheerleaded at, every dance recital I performed in, and all of my school functions no matter how far he had to travel," she says. "He even flew all the way from Australia to surprise me at my cotillion for the father-daughter dance." The lesson, she says was clear: "My dad loves me with every ounce of himself and I am so lucky to be his daughter," she says.

Ava has been open about her battle with anxiety as a young adult, telling PEOPLE in October that she credited her "selfless" mom with supporting her through late-night phone calls and kindness. And that support extends to both parents.

"My dad is so loving and always ready to listen when someone has a problem," Ava says. "He looks at things with open eyes and is so accepting of people."

And most of all, she says, he's a lot of fun. "My dad's spirit is so joyful and uplifting," she says, "you can't help but smile when he smiles."