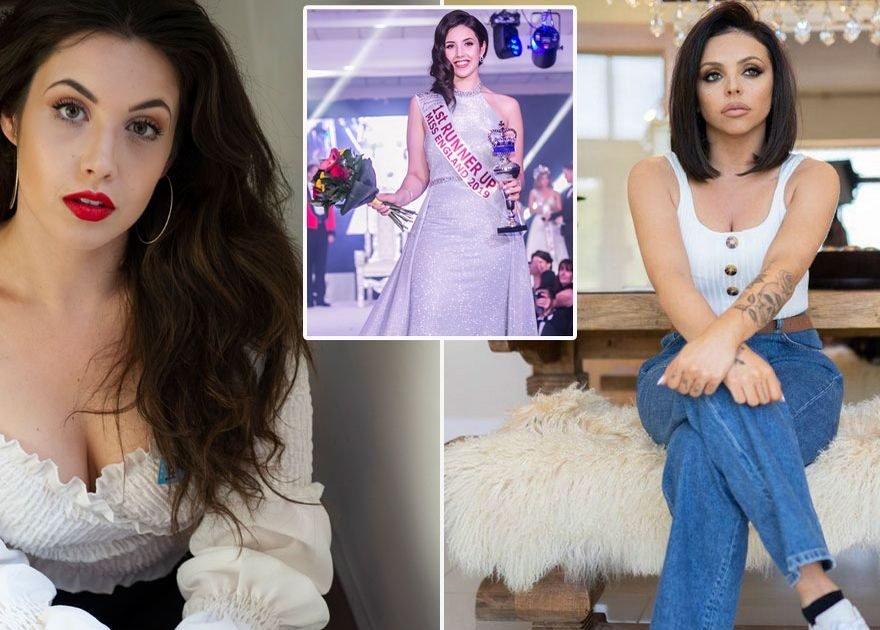 A beauty queen who stars ­opposite Little Mix singer Jesy Nelson in a new documentary about online abuse has revealed her own bullying hell.

Domenique Fragale, 25, was tormented at school by fellow pupils who even encouraged her to make herself sick to lose weight.

She has also suffered taunts on social ­media and received unwanted explicit ­pictures and messages.

Earlier this week Jesy revealed how she ­had tried to kill herself after suffering depression caused by sick social-media jibes concerning her looks and weight.

And Domenique, who worked with the star on the BBC film Odd One Out, says she was stunned to find somebody with such a seemingly-perfect life and huge success had been through such a tough time.

“If it’s one or two social media comments you can let it go over your head but Jesy, who went on X Factor because she’s talented and passionate about it, was thrown into receiving millions of these comments overnight,” says Domenique, who lives in London.

“As human beings, we are naturally curious and want to know what’s being said about us, and people are entitled to their opinions.

“But they need to think of the impact on people’s ­feelings if they say these things out loud. Me, Jesy and the other participants took part in this documentary to talk about what is happening to us, so people feel empowered to speak out. A more open dialogue is one of the achievements we are hoping for.

“Because Jesy is so down to earth and ­relatable, I think the documentary really will affect a lot of people in a great way.”

Domenique, who is the current Deputy Miss England, was offered the chance to ­appear on Jesy’s show thanks to her work as ­a campaigner.

She has been involved with the Diana Award charity’s Anti-Bullying Ambassador programme, which gives training and confidence talks to young people, since she was 13.

It is an issue close to her heart, as she ­suffered bullying herself throughout her childhood and teenage years.

“I was called names at school, I was pushed, I had my lunch taken away from me for weeks and was told I didn’t fit in with the other girls or look like them,” recalls Domenique.

“Then, on becoming a teenager, it turned ­into bitchiness.

“At one point, a girl I knew told me she thought I should lose weight and showed me how to make myself sick in the bathroom.

“I never did that and I’m so proud I didn’t give in to anyone.

“However, even up to the age of 18 I thought there was something wrong with me, that I wasn’t perfect.”

Now Domenique says the nature of the ­bullying has changed to the online trolling like Jesy received.

“It’s grown men sending me inappropriate and explicit pictures and messages, which Jesy says she also experienced,” says Domenique. “There’s one story I mention in the documentary, where a man who was a stranger kept asking me out and I ignored him, but eventually replied saying I wasn’t ­interested and wishing him well.

“He then became very nasty and said to me, ‘Well you’re only good for one thing ­anyway’ and sent me a very inappropriate video. Online bullies think because there is a screen in front of them they can get away with the things they’re doing, and that it doesn’t have an effect on people’s lives, but it does.”

Domenique uses her Miss England ­platform to raise awareness of mental health and was inspired to do this by her father’s ­battle with leukaemia, as well as losing a close friend to suicide a few years ago.

She says: “While filming the documentary, there was a powerful story from a young woman who had been bullied because of her weight and tried to take her own life. I lost my friend to suicide but I didn’t know she was feeling that way. This young girl was brave speaking up.­ It will make people realise that nobody’s alone.”

Domenique believes we are more open to talking about mental health than people were even five years ago, but reckons there is still some way ­to go. She adds: “I want to get to the point where when people are asked how they are, they ­say: ‘Can I talk to you?’ rather than just saying: ‘Fine’. More documentaries like Odd One Out need to be shown, because we really need to prevent bullying.

“I’ve seen Jesy’s comments on her Instagram this week after some of the clips have come out.

“It seems the documentary has really made people realise that while they may have joked about her in the past, seeing somebody’s ­reactions in real life makes you aware that she’s a real person.

“Already, it has made people realise they really should think before they start sending nasty ­messages, and that words can have ­an effect on people – even if you think that it is just a joke.”

● Jesy Nelson: Odd One Out is available tomorrow from 10am on BBC Three on iPlayer and airs on BBC One at 9pm.