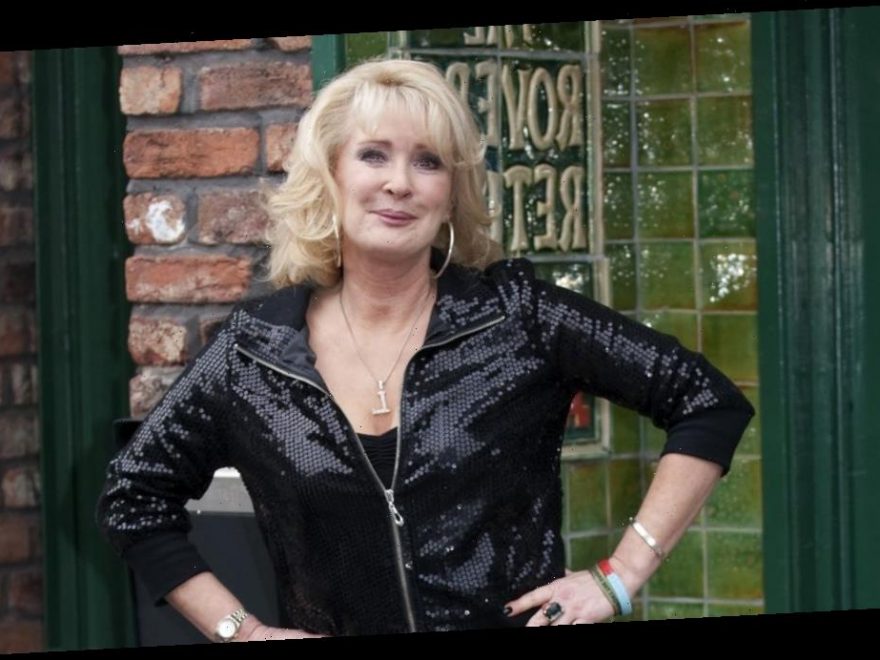 Beverley Callard's husband Jon McEwan has given her fans a rare insight into her marriage.

The I'm A Celeb star's husband, who she described as being a "megash*g" on the show this year, shared the snap on Instagram of the two together on a tennis court,.

Bev, 63, showed off her figure as she put on a leggy display display in a pair of hotpants.

The Coronation Street actress, who also donned a white T-shirt, purple trainers and a headband, gazed at the camera as she held a tennis racket.

While John, who Beverley first met Jon in Spain at a time when she was taking a break from Coronation Street, grinned as he posed in a white t-shirt a shorts. Suggesting that the couple were enjoying their game, John wrote: "Anyone for tennis? New balls please @beverleycallard."

During a conversation with Vernon Kay on I'm A Celeb, Bev disclosed she has a very saucy nickname for her hubby.

Describing her man proudly as "gorgeous", she recalled how she calls him her "mega-sh*g" during the hilarious conversation with the comedian.

Jon, who owns a recording studio and a photographic studio in Media City, has now spoke out about the nickname.

In response to Ant & Dec tweeting "#MEGASH*G", Jon initially wrote "Thanks for that!!"

Bev was embarking on career as a fitness instructor when she met Jon.

Her pupils were adamant that Jon would be the perfect match for her but she wasn't impressed when she first laid eyes on him during their blind date. "I had decided all men are b*****ds by that point," she previously told the Mirror. "I just wasn’t ­interested in meeting someone.

"When I saw Jon with his shaved head and gold tooth I wasn’t impressed but within minutes we were chatting away. We went on to sit together at dinner and we got on like a house on fire."