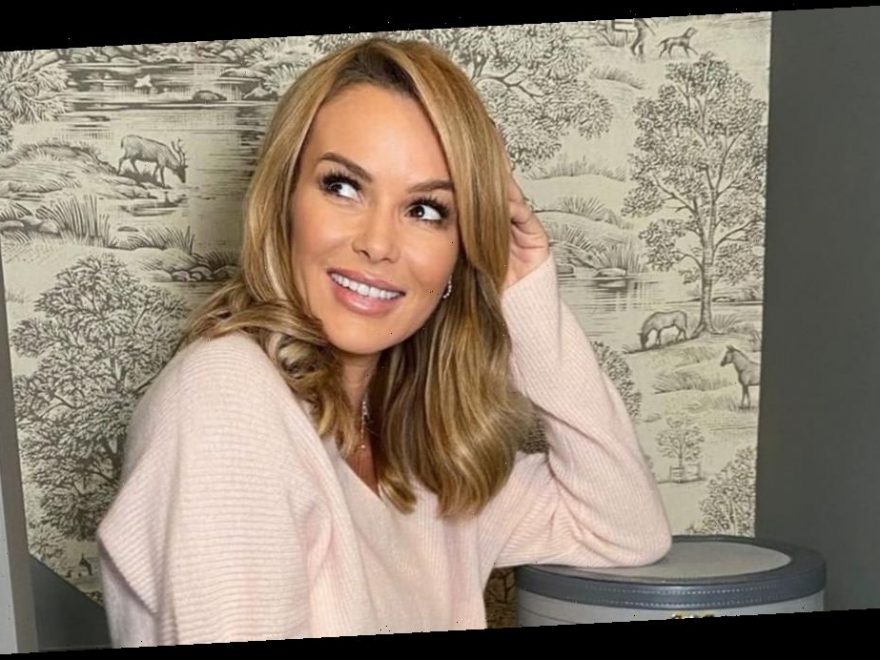 Britain's Got Talent 's temporary head judge Amanda Holden has been riding high this week off the back of her debut album chart success.

The 49-year-old reality TV judge, who started out her glittering career in the West End, gave her fans what they'd been waiting for with a compilation of her takes on some classic tracks.

Amanda's recently released album is already number four in the official UK charts and is the fastest-selling female debut album of 2020.

Clearly elated with the chart success of her album this week, Amanda shared an abundance of well-wishes from her fans on her Instagram story today.

One of the congratulatory messages was written over a snap of Amanda looking unrecognisable in a promotional shoot for her new album.

The actress and singer looked incredible in the black-and-white snap as she posed with a sign emblazoned with the word "London," as she stood in front of a broken-down car.

She paired the teeny shorts with pointed stilettos, adding further height to her supermodel pins.

Amanda finished off her look with a paper-thin vest, which teased at her cleavage and showed off her gym-honed arms.

Rocking a new hairstyle, Amanda styled her luscious blonde locks into larger-than-life curls, which sat atop her shoulders.

Amanda opened up about the album, named Songs from my Heart, in a chat with the Metro.

She shared: "It was always a big childhood dream of mine to be a singer in the charts,’ Amanda, 49, explained to the Official Charts. ‘To be honest I thought (still hanging on to my 40’s) the opportunity had passed me by.

"This career moment in my life has honestly been the most thrilling so far. Made all the more special because my husband and children were such a huge part of it too."