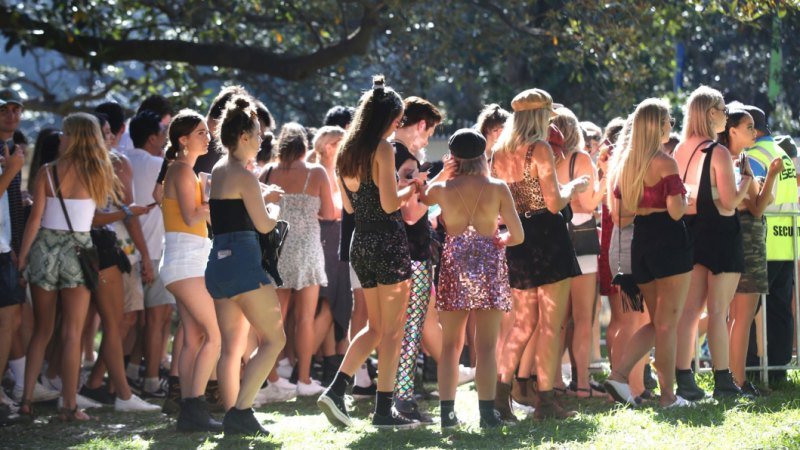 A state inquiry into new liquor licensing rules for music festivals has so far received more than 40 submissions from individuals, businesses and industry bodies. The majority of submissions claim the Berejiklian government's reforms are harming the state's reputation among music lovers. 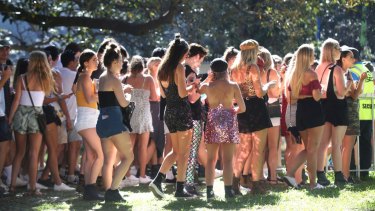 The NSW Parliament is holding an inquiry into music festival regulation. Credit:James Alcock

The new licensing scheme came into effect earlier this year and forces festival organisers to apply for a specific liquor license to be approved by the likes of the health department and emergency services. The government rolled out the scheme in response to a string of drug-related deaths and illnesses at NSW festivals over the 2018-19 summer period.

But festival organisers say the new rules are heavy-handed and the roll-out has been marred by uncertainty. The organisers of the popular Mountain Sounds and Psyfari festivals cancelled their separate events earlier this year, claiming the additional costs associated with the new licensing scheme would put them out of business. In the case of Mountain Sounds, organisers claimed they were asked to pay an additional $184,000 in police fees.

The closure of several events has angered those within the music community, with ARIA-award winning duo Pekin Duk accusing the Berejiklian government of “tearing down” music festivals. The government, however, has maintained that the new rules are designed to improve safety and are a "small price to pay" to give patrons and their families peace of mind.

In its submission to the music festivals inquiry, Live Performance Australia (LPA) called on the government to backpeddle and "undertake proper consultation".

"Uncertainty about discretionary costs that may be imposed at the last minute, such as policing or security fees, can make a festival financially unviable," she wrote. "Festivals cannot recoup last-minute cost increases from tickets that have already been sold nor renegotiate artist performance fees. They are also exposed to supplier costs and contracts. If there is doubt over a festivals viability, the only solution is to cancel it."

Promoter Michael Chugg told the inquiry that recent changes to festival regulation were "over-reaching and unfocused".

"NSW's serious decline in live performance revenue is of serious concern," he wrote. "The regulatory burden of operating festivals in NSW may drive some organisers across state lines. The changes to industry were rushed, with little regard to the long-standing industry business model."

Elizabeth Rogers, the chief executive of Regional Arts NSW, has also called for a "complete overhaul".

"Festivals in regional NSW are a major contributor to the regional economy," she wrote. "Many artists get their first career break at the big music festivals. Without this opportunity .. many of the rising stars on the Australian music scene would remain unknown."

The inquiry is due to hold a public hearing on Tuesday, August 13 at Sydney's Parliament House.