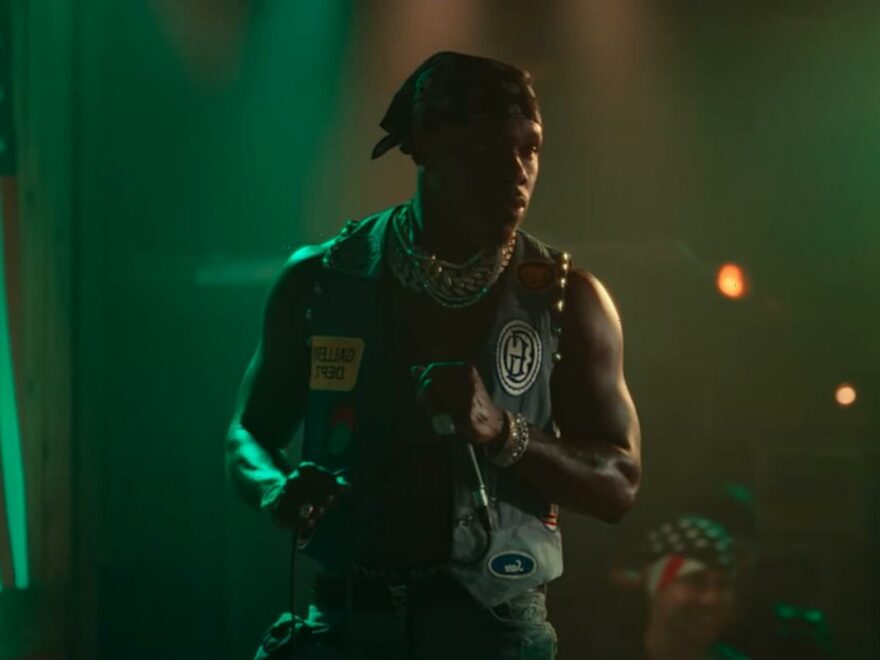 The new music video arrives just a few days after the North Carolina rapper unleashed ‘Tough Skin’ and its Reel Goats-directed visuals that displays him being crucified.

AceShowbiz -Ahead of his new album release, DaBaby continues treating fans to new music videos for his recent tracks. On Thursday, August 18, the North Carolina emcee unleashed “Waitress” visuals which shows him performing in a chaotic bar.

The emcee, whose real name is Jonathan Lyndale Kirk, looks unbothered by the brawls in the venue. In the music video, the emcee can be seen getting busy with the waitress instead of getting involved in the fights. Though so, he gets a little violent in the end as he cracks a bottle over a heckler outside.

Just days earlier, DaBaby unleashed “Tough Skin” and its music video that shows him being crucified. In the Reel Goats-directed visuals, the 30-year-old can be seen hanging on a cross. He is being lit on fire by a group of people in red suits with their faces obscured. The clip also features scenes of young DaBaby having a difficult upbringing.

“It wasn’t a plate on the table, we ain’t have nothin’ to eat, uh/ Mama at her part-time job, when she get home, we gon’ be sleep, yeah/ S**t, I had to figure it out, that’s probably what made me unique, Baby you,” he raps. “If these n***as struggle like me, they’d prolly let me be, uh/ But I got tough skin, I thought n***as already knew that.”

“Waitress” and “Tough Skin” will appear on the rapper’s upcoming album, “Baby on Baby 2”. When teasing the record, he wrote on Instagram, “Let’s get this Baby on Baby 2 s**t started.” In a second post he noted, “Don’t trip, it’s just the warm up.”

Meanwhile, during an appearance on the “Full Send” podcast in July, DaBaby shared, “This is the most attention I’ve paid to some music before I’ve dropped it.” He went on to explain, “I’m gonna drop it at the beginning of August.”