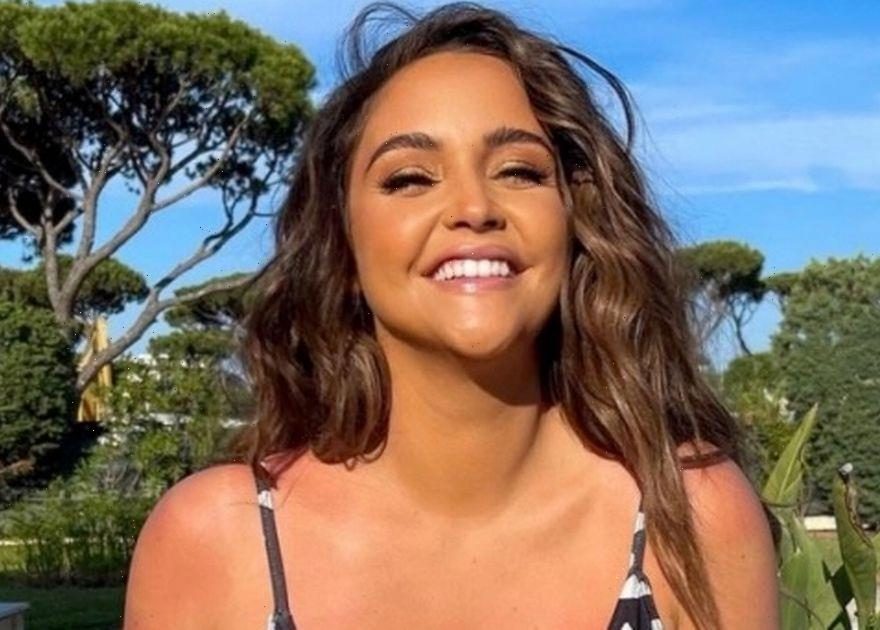 Speaking to Closer magazine, a source said: "Dan is understandably feeling a bit put-out by men leaving sexy messages about his wife's body, which Jac is secretly enjoying – joking to pals that the tables have turned and she's the 'hotter' one.

"It's left her feeling more confident than ever, and that's not been a bad thing for their marriage – especially in the bedroom department.”

The I'm A Celebrity star has been posting lots of snaps modelling her range of swimwear for fashion brand InTheStyle which has become a massive runaway success.

Jacqueline's efforts to lose weight have also not gone unnoticed and led to the star receiving heaps of praise across social media for her toned body after undergoing a healthy lifestyle overhaul last year.

Her weight loss journey began with a strict diet, limiting herself to just 1,200 calories a day and resulting in her losing an incredible 8lb.

She previously revealed to her fans during an Instagram Q&A: “(I’ve lost) over half a stone. But I've got a while to go.

"I have tried to be as good as possible. You guys know I'm on a bit of a healthy reboot plan.”

She also converted her garage into a home gym and during lockdown trained alongside husband Dan.

Speaking about her renovation last year, Jacqueline said: "I'd rather do it at home. I don't love the gym.

"I'd rather just put the kids to bed or wake up in the morning and get stuff done at home.”

She added: "I can stop being such a lazy sloth and sort my life out a little bit."