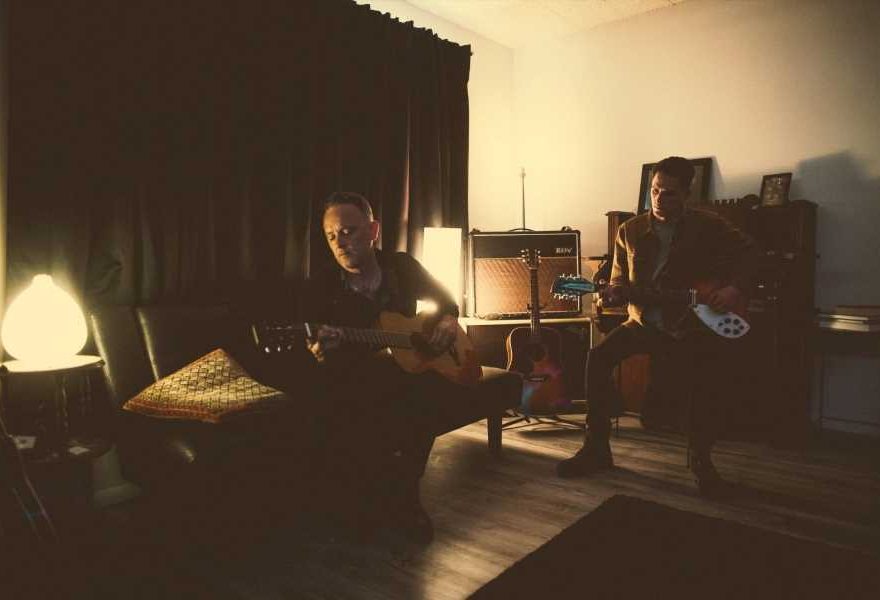 Dave Hause may call Santa Barbara home right now, but his Philadelphia raising informs nearly everything about the singer-songwriter. In the euphoric new song “Sandy Sheets,” Hause recalls his formative years as a teenager making the rite-of-passage drive from the Philly suburbs to the Jersey Shore, where anything was possible.

“We went wild in the Jersey heat, we had ‘Hey Jealousy’ on repeat/we’d hide out on the beach,” Hause sings. “Let me remember you when it was easy.” Along with lyrical allusions to the Gin Blossoms, Hause nods to the Cure and punk band Bouncing Souls.

“The New Jersey shore is about 90 minutes from Philadelphia, and it was as much traveling as I had done until I was about 18. I can remember being a teenager there like it was yesterday, falling in and out of love each summer and listening to The Cure,” Hause says. “’Let me remember you when it was easy’ felt like a good wish to have. Relationships, friendships, hometowns often end up messy and complicated over time, but there’s something magic about the start. As I get older, I just want to remember the feeling at the beginning, not the end.”

“Sandy Sheets,” with its boardwalk piano and definitive sense of place, is the first taste of Hause’s new album Blood Harmony, the follow-up to 2019’s Kick. Hause and his brother and collaborator Tim Hause decamped to Nashville in early May to record at Sound Emporium with Will Hoge as producer. Hoge, whose last few albums have veered close to the type of punk that Hause played with his former band the Loved Ones, enlisted an all-star group of players for the sessions including 400 Unit guitarist Sadler Vaden, drummer Chris Powell, and bassist Garry W. Tallent, of Bruce Springsteen’s E Street Band.

Hause will perform songs from Blood Harmony — out October 22nd — when he appears at the Americana Music Festival in Nashville in September.