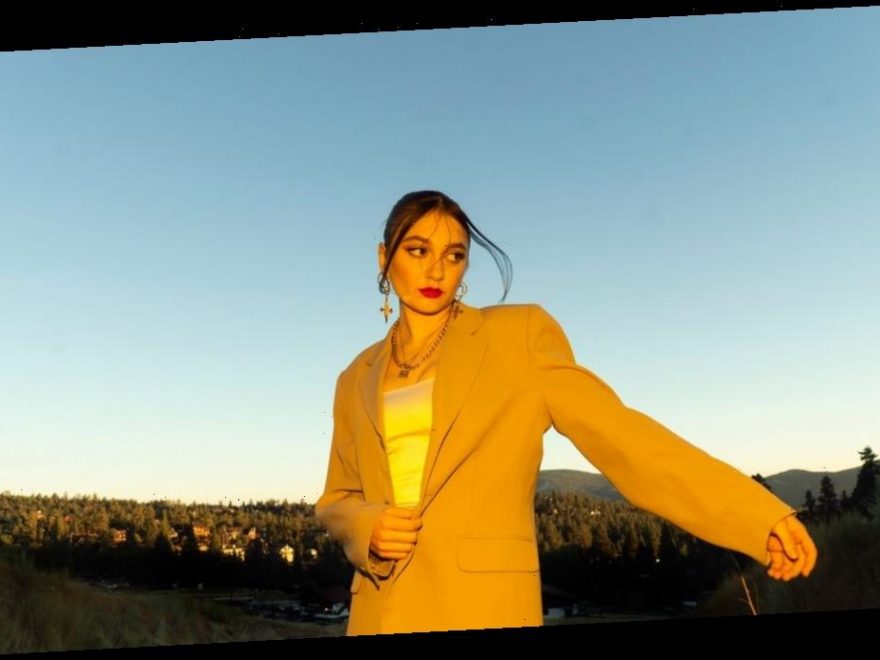 “I think personally this has been a really good year for growth, progression and evolution”, says GRAMMY Award winning artist Daya when reflecting on 2020 so far. “I feel like I have been able to hone in on my creative direction as a whole, which is really exciting.”

The past year has been traumatic for everybody, to say the least. With all periods of adversity, lockdown has allowed artists to explore creativity, overcome challenges and adapt.

For Daya, it saw her face things she’d been “shoving under the rug a bit” while learning production techniques and focusing on writing on her own of the first time in years.

Her huge new single First Time represents an exciting new chapter for the 22-year-old, who was awarded a GRAMMY for the multi-platinum hit Don’t Le Me Down with The Chainsmokers. Co-written with SHY Martin and Swedish producer songwriting duo Jack & Coke, it marks a “sort of career rebirth” as she explores the early days of a new relationship and “breathing new life into something”.

“It was a whole new start for me”, she told Daily Star Online. “I have so much more creative control and I’m so honoured they’re providing me with this space to do whatever I want, which is really rare in the music industry these days.”

This year Daya, who has been named on Billboard’s annual 21 Under 21 list every year since her debut and was the youngest inclusion on Forbes’ 30 Under 30 in music list in 2017, has also been encouraging her fans to register to vote for the US election on Tuesday (November 3).

She adds: “Our demographic, the youth, makes up a huge percentage of people who don’t normally get out to vote. I think the focus on that could not be more important to get people my age out to vote.

“Whether that’s going to affect things the way we want it to, I don’t know. It’s a very scary time.”

Whatever the outcome, Daya is looking ahead to the future with a positive outlook as she continues to work on her new album.

She told Daily Star Online: “I’m really excited. I feel it’s a very precious and personal thing to me now because my team is so small but we’re all working as hard as we can, we’re passionate, and I love surrounding myself with people who share my creative vision and let themselves in it and come up with new ideas.”

Daily Star Online’s Rory McKeown caught up with Daya to talk about her career so far, the US election, her growth as an artist, new material, and her hopes.

“I think personally this has been a really good year for growth, progression and evolution. I feel like I have been able to hone in on my creative direction as a whole, which is really exciting.

“With quarantine and staying at home, a lot of my shows were cancelled. It definitely changed the dynamic of everyday life for me, and made me focus on things that maybe I wouldn’t have. That was really positive for me. I tried to learn how to produce and took a step back and started writing on my own for the first time in four years, from when I was in high school.

“It’s been a really crazy, chaotic and depressing year for a lot of reasons. As a whole, if I look back over the course of the last year, my growth has been immense and I really hope it can help propel me into this next era of releasing music, connecting with fans and touring.”

Did you enjoy embracing the challenges that came with the past year?

“I don’t say this to undermine anything that’s happening. Obviously there are a lot of people that don’t have jobs or are sick because of Covid, but I think it was a really good accelerant for me personally. It forced me the come face to face with a lot of things I had been disregarding or shoving under the rug a bit.

“In terms of where I see myself going now, I have been a lot more thoughtful about the process.”

You’ve just dropped your huge new single First Time. What was its writing and recording process like?

“We started writing it last year in Stockholm. I went there for two weeks and it was some of my best writing. I really found a mutual understanding there.

“It was a rebirth in my career, for me personally, in relationships, and a reconnection to my surroundings.

“It’s about a relationship and reconnecting in a relationship. Trying to make things work over time as you get further and further away from the place where you were when you first started dating.

“It’s about breathing new life into something.”

The video is you on a highway with a poignant message “the beginning” popping up at the end. Is that the message behind the song?

“Yeah – I hit the restart button. I started working with J Kash at Sandlot Records and AWAL. It was a whole new start for me. I have so much more creative control and I’m so honoured they’re providing me with this space to do whatever I want, which is really rare in the music industry these days.

“I was independent before I signed major and that was a completely different situation. I had very little control.

"But Kash has been so accommodating. There was that big change. Personally I felt myself reconnecting with myself and who I was before all this happened to me, when I was 16. It was so fast-paced for a long time and I didn’t get a chance to sit down and think ‘this is who I am and this is what I want’.

“Visually and image wise it’s all coming from a place that’s a lot more authentic now.”

What can we expect from your new album?

“A lot more vulnerability and personal tribulations, relationships. I just realised the power of writing about the things you don’t want to write about, which I was always skirting around.

“There are going to be some feel-good dance tracks and ones that are a lot more in-depth and personal.”

The US is just days away from one of the biggest elections in generations. What’s the feeling like there at the moment? You’re also extremely vocal in terms of getting young people out to vote. How do you think it’s going to be this year? And how important is it that people have their say?

“It’s tense. You guys probably know as much as we do because there’s so much misinformation, so much chaos. The news sources I happily rely on I feel like I can’t really trust anymore because everyone has an angle now.

“There’s so much misreporting. It’s hard to know what this election is realistically going to look like.

“Our demographic, the youth, makes up a huge percentage of people who don’t normally get out to vote. I think the focus on that could not be more important to get people my age out to vote.

“Whether that’s going to affect things the way we want it to, I don’t know. It’s a very scary time.”

You’ve achieved so much already at a young age, including being included on Billboard’s annual Under 21 list and being in Forbes’ 30 under 30 list, and winning a Grammy. How proud are you of your achievements so far and do you ever feel the pressure?

“I’m really proud of myself but I think it may have taken me a while to really understand it and be proud of myself. I’ve always been a perfectionist and trying to set the bar higher, so I never fully reach it. That caused a lot of emptiness for me because my expectations were so much higher than what my reality was going to be.

“For a long time I was struggling with the fact I wasn’t progressing. After my Grammy with The Chainsmokers, I just expected things to keep going up. Sometimes I do and sometimes I don’t. It’s not that kind of business that goes in a straight line. There are these dips and valleys.

"I’ve grown to realise that more and grown to be proud of the things I can be proud of, and set more realistic expectations of everything else.”

Your debut album Sit Still, Look Pretty, went gold after its release in 2016. How do you think you’ve evolved as an artist? Is there a distinct difference between yourself now and then?

“I needed some time to step away and reevaluate things, and come back into myself and ask myself what I really want.

"I really am grateful for that period in my life because it got me to who I am and the connections I have now, and some really great songs came out of it, and great opportunities came out of it.

“I’m grateful for that period but it required a little more self growth after and self realisation to get to the point where I am now, where I am comfortable in my artistry. I know what I want to say, I know my vision. It’s a lot more authentic.”

How much are you looking forward to this next chapter?

“A lot! I want to get out on the road and see people again. We don’t know when that’s going to happen but I feel a lot more open to things that are coming my way. I’m really excited.

"I feel it’s a very precious and personal thing to me now because my team is so small but we’re all working as hard as we can, we’re passionate, and I love surrounding myself with people who share my creative vision and let themselves in it and come up with new ideas.

"My girlfriend’s actually the one who is directing all my visuals, as well as the cover art. We work really well together, that’s really exciting to me. We’re definitely not short of ideas.”