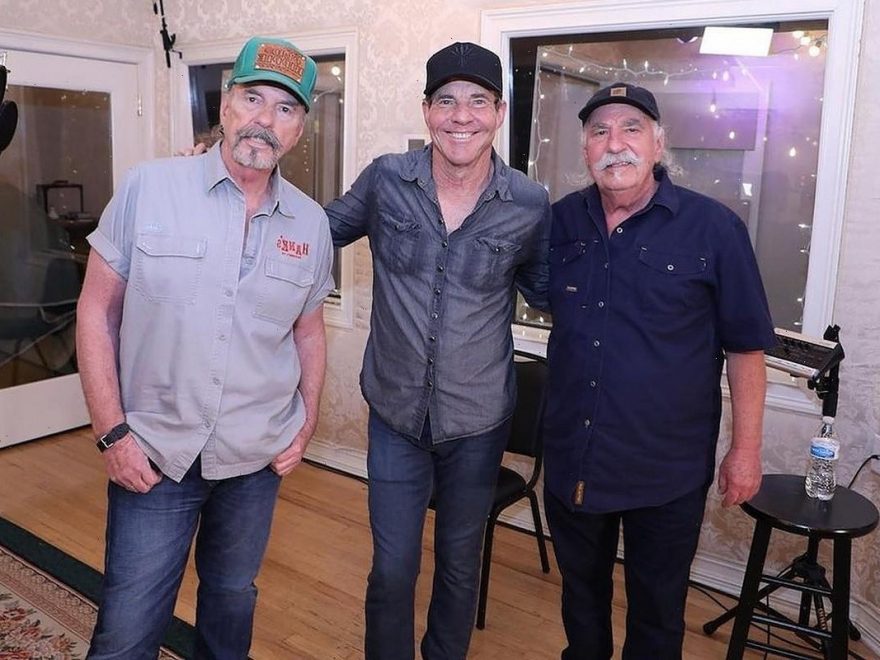 The ‘Day After Tomorrow’ star felt like ‘a kid skipping school and jamming with a band’ when he was invited to join forces with David and Howard Bellamy for ‘I Can Help’ cover.

AceShowbiz -Actor/singer Dennis Quaid is living out his childhood dreams after landing a collaboration with country duo The Bellamy Brothers.

The “Day After Tomorrow” star was recently invited to join the veteran musicians in the studio to record a new take on Billy Swan‘s 1970s hit “I Can Help” for their upcoming covers album, “Covers from the Brothers“.

And Quaid is still pinching himself over the whole experience.

“It couldn’t have been more fun recording I Can Help with David and Howard Bellamy,” Quaid told People.com.

“I felt like I was a kid skipping school and jamming with a band. It’s the kind of moment dreams are made of.”

Quaid wasn’t the only one who enjoyed working on the collaboration and its accompanying music video, insisting it was “a whole lot of fun” for the siblings, too.

“We thought Dennis would be a great collaborator on I Can Help because he’s really animated and has that rockabilly style that fits a track like this so well,” David explained.

However, they had no idea Quaid actually knew Swan. “When we came into the studio to do the vocals, Dennis was on the phone talking to Billy Swan getting his blessing for the session,” David recalled. “Turns out they worked together on a film.”

The Bellamy Brothers’ version of “I Can Help”, featuring Quaid, drops on Friday (09Jul21).