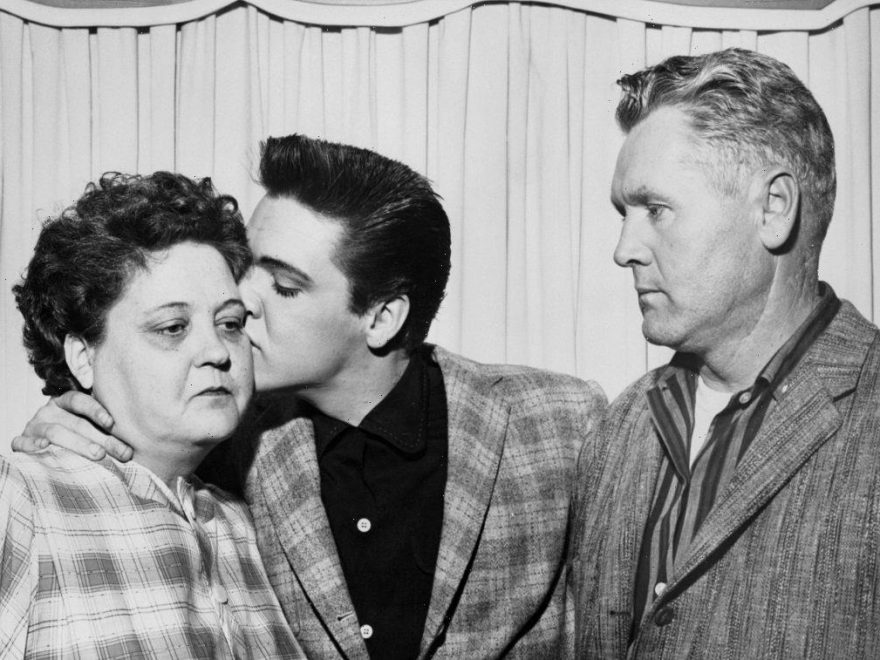 U2’s Bono wrote an essay discussing Elvis Presley’s downfall during his later life. In it, he argued that Elvis’ mother, Gladys Presley, played a role in it. Here’s what he had to say — and what Priscilla Presley said about the “Heartbreak Hotel” singer’s relationship to his mother in her book.

How Bono felt about Elvis Presley, his mother, and his downfall

Rolling Stone released their list of the greatest artists of all time. Elvis was No. 3 on the list, behind only Bob Dylan at No. 2 and The Beatles at No. 1. Bono wrote an essay for the list, discussing the ups and downs of the King of Rock ‘n’ Roll’s life. Like many who have discussed Elvis’ life, Bono felt the “Can’t Help Falling in Love” singer’s life was tragic.

“Some commentators say it was the Army, others say it was Hollywood or Las Vegas that broke his spirit,” Bono noted. “The rock & roll world certainly didn’t like to see their King doing what he was told. I think it was probably much more likely his marriage or his mother — or a finer fracture from earlier on, like losing his twin brother, Jesse, at birth. Maybe it was just the big arse of fame sitting on him.”

Despite this, Bono felt Elvis’ issues led to some great music. “I think the Vegas period is underrated. I find it the most emotional. By that point Elvis was clearly not in control of his own life, and there is this incredible pathos. The big opera voice of the later years — that’s the one that really hurts me.” Bono provocatively ended his essay with the question “Why is it that we want our idols to die on a cross of their own making, and if they don’t, we want our money back?”

Bono’s assessment raises some questions. Did Gladys Presley have some part in her son’s downfall? In her book Elvis and Me, Priscilla Presley looks at things from the opposite angle. She says Gladys was a positive influence on her son, helping him deal with his insecurities during the early days of his career. When she was alive, she kept her son grounded and she set boundaries for him. Following her death, there were no more boundaries.

Elvis now fell into lots of temptations. He still looked for guidance though, but now he was reliant on the Bible and other spiritual literature for answers. Priscilla found this annoying, because the singer would sometimes wake her up late at night to discuss his books. Bono said Gladys may have helped her son down a dark path — but Priscilla saw her in a very different light.