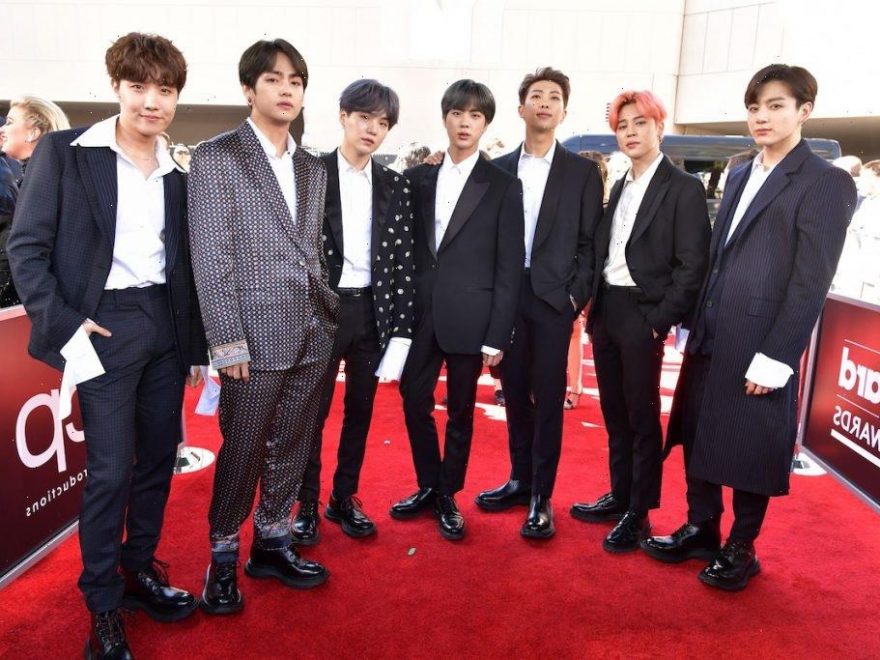 BTS had their initial debut in 2013, but their success in the past several years has seen their fame skyrocket to a different level. It seems like Jin, V, RM, Suga, J-Hope, Jungkook, and Jimin have been working non-stop.

With their new Japanese album, The Best, dropping in June 2021, does BTS’ ARMY think the beloved group is overworked?

BTS has an extremely hectic schedule

There is no slowing down for Jungkook, Jimin, V, RM, Suga, Jin, J-Hope, and Suga when it comes to their schedule. According to RollingStone, BTS’ day typically begins bright and early in the morning, around 9 a.m. It can involve getting styles and posed for photos or videos, a ton of rehearsing, lunch in the middle of rehearsal, more rehearsal and a few more meals.

Though BTS is obviously working a great deal, the article also clarifies that they take moments to themselves throughout the day for jokes, downtime, and indulging in food.

How many hours a day does BTS practice?

In addition to their schedule that can keep them in the studio, in rehearsals, or at various events and appearances, BTS must also practice for performances, tour dates, and music videos, among other things. Jungkook, Jin, V, RM, Suga, J-Hope, and Jimin are perfectionists when delivering stunning vocals and the right dance moves. Therefore a good chunk of their time is devoted to practicing.

“We practice all the time We spend a lot of time on a performance,” BTS said in the documentary, K-Pop: Korea’s Secret Weapon? “When we’re getting ready for an album, we move all of the schedule for a month and just do this album, and practice. When we have no schedule for one month, it’s a big deal. When we had our debut, we practiced 12-15 hours a day.”

Though the seven group band probably doesn’t practice as much as 15 hours daily since they are now more seasoned, it’s clear that they work hard to remain some of the best performers in the industry.

Do BTS fans think they are overworked?

In 2019 after years of consistent work, BTS took an extended break where they were off the stage and out of the spotlight for two months. The time away really helped the guys regroup.

Though their work ethic is top-tier, the BTS ARMY doesn’t believe they are overworked. It’s clear from their schedule and statements that Big Hit Entertainment is considerate of their rest and downtime.

“I really think the boys are fine,” one Reddit user said. “Yes they may be tired from tours but they have a few days in between each cities tours to do things that they want to do. They been working so hard for all these years so they’re just gaining popularity. They definitely want to keep these up and work even harder instead of slacking.”

If nothing else, Big Hit has shown that they are more than willing to give their most successful group a break if needed.