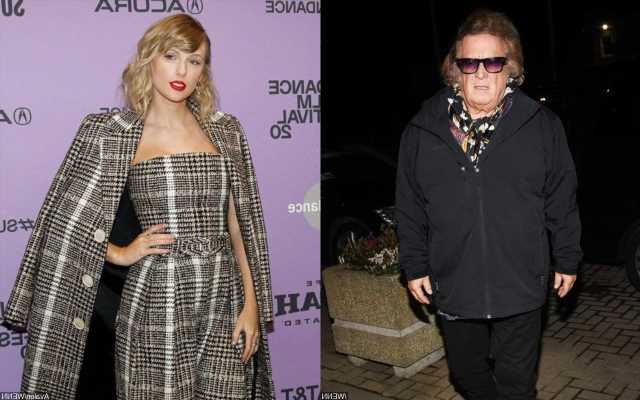 The ‘All Too Well’ singer wins the title for the longest song to top Billboard Hot 100, a title which Don previously held with ‘American Pie’ (8:42) nearly a half-century.

AceShowbiz –Don McLean responded to Taylor Swift breaking the record that he set on the Billboard Hot 100 almost 50 years ago. The “All Too Well” singer won the title for the longest song (10:13) to hold the top spot, a title which Don previously held with “American Pie” (8:42) nearly a half-century.

Of Taylor’s milestone, Don had nothing but positive words for the 31-year-old pop superstar. “There is something to be said for a great song that has staying power,” Don told Billboard. ” ‘American Pie’ remained on top for 50 years and now Taylor Swift has unseated such a historic piece of artistry.”

He went on saying, “Let’s face it, nobody ever wants to lose that #1 spot, but if I had to lose it to somebody, I sure am glad it was another great singer/songwriter such as Taylor.”

As for Taylor, the “Cardigan” singer took to Twitter to express her gratitude after breaking the record. “FERAL SCREECH,” the singer wrote on Monday, November 22. “I’m so proud of this song and the memories I have with you guys because of it. You truly chose this one and now you did THIS?! I’m floored. A ten minute song is at the top of the Hot 100.”

“All Too Well” was initially released in 2012 and spent just a week on the Hot 100 – at number 80. It has since become such a fan favorite and Taylor extended the track to 10 minutes and directed a short film, starring Sadie Sink and Dylan O’Brien, to accompany the reboot.

That’s not the only thing that Taylor and Swifties celebrated this week. The musician’s new album “Red (Taylor’s Version)”, a re-recording album of her 2012 album “Red”, debuted at No. 1 on the Billboard 200 albums chart after earning 605,000 equivalent album units in the U.S. in the week ending November 18, according to MRC Data. It makes Taylor become the second woman with 10 or more No. 1s in chart’s 65-year history after Barbra Streisand.