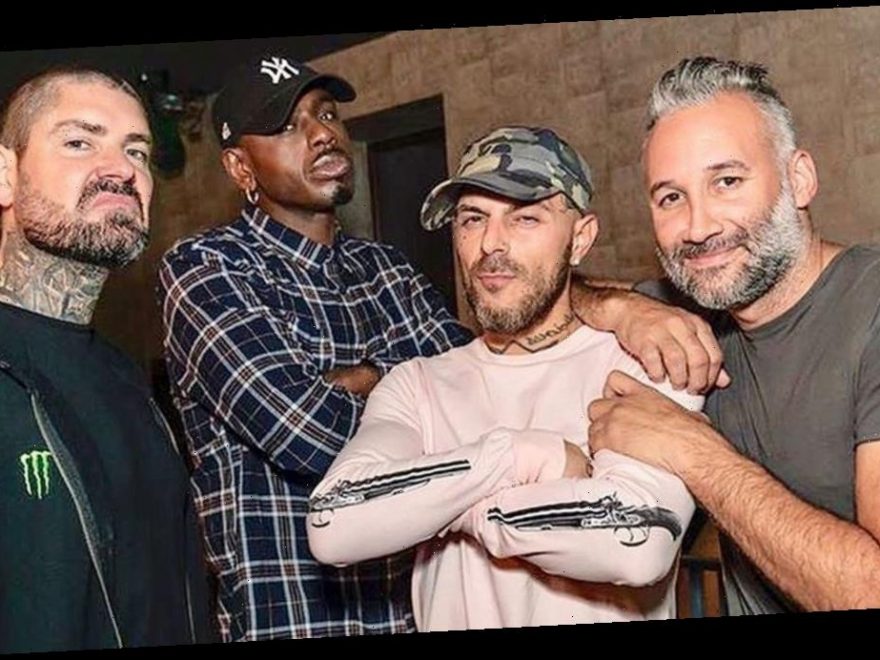 East 17's Christmas classic Stay Another Day proudly sat at the top spot of the official charts for five weeks back in 1994.

It has since been hailed as one of the biggest selling tracks of the nineties with more than 1.2 million sales in the United Kingdom alone.

Now, 26 years after its release the track has been given a new lease of life by a group of famous faces.

Mega-group Boyz on Block will be battling for the Christmas number one, with help from East 17's very own Tony Mortimer.

The group consisting of Boyzone star Shane Lunch, 5ive's Abz Love, Dane Bowers and Phats and Small's Ben Ofoedu have been given permission by Mortimer who penned the iconic track.

He even features on the record playing the piano.

"Tony absolutely loves it, we were blessed to have him involved.

"There's one thing covering a song, but once you get the nod from the original creator of the song, and knowing what that song means to him, was just the most amazing thing," Ben told The Sun.

He added: "The rest of the East 17 boys don't know we've done it, they'll be as surprised as the readers are."

It's reported that the group also recreated the famous music video which saw all band members dressed in white outfits as they belt out the famous lyrics.

Mortimer added: "I love it, I think it's a brilliant version."

Previously the song had been covered by Girls Aloud on their debut album in 2002.

The group performed the song on the likes of This Morning and Top Of The Pops following its release with Cheryl providing lead vocals.

After the group who split in 2013 gave the song a "romantic slant" Tony said: "I found it really odd they were singing a song about my dead brother. It should've been left alone for a few years."

Stay Another Day is released on November 20, with the official charts closing on December 22.