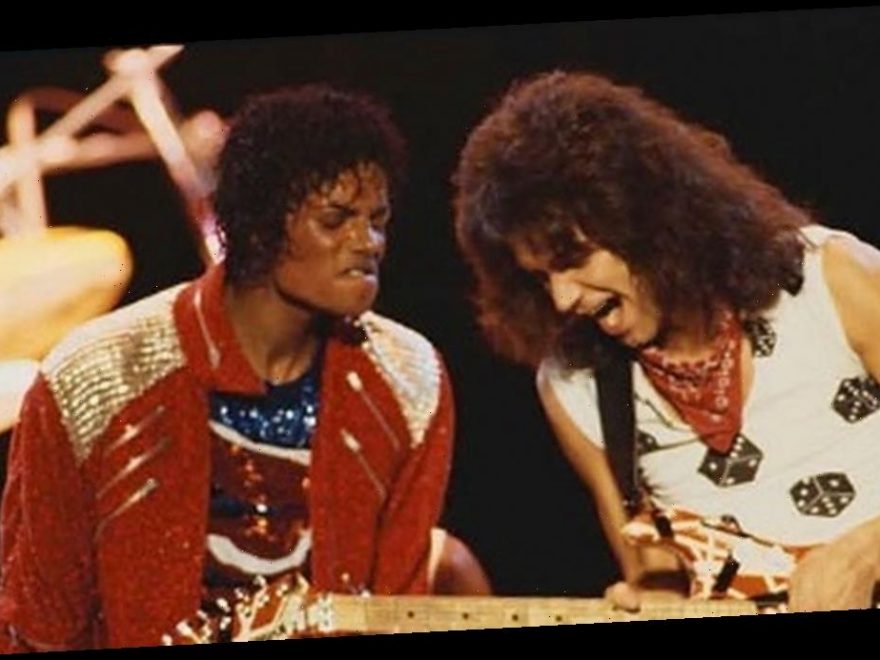 The late Eddie Van Halen previously spoke about collaborating with Michael Jackson on his legendary hit Beat It and shared how he was paid for his contribution.

It was arguably the rock legend's most famous collaboration..

He was the musician playing the lead guitar solo on Michael's famous song Beat It.

During an interview with CNN, Eddie opened up about playing the lead guitar solo on the famous Michael Jackson song.

He revealed that he didn't get credited on the record, and remembered being paid with "two six packs of beer".

Eddie told the publication: "Michael left to go across the hall to do some children's speaking record. I think it was "E.T." or something. So I asked Quincy, "What do you want me to do?" And he goes, "Whatever you want to do." And I go, "Be careful when you say that.

"If you know anything about me, be careful when you say, "Do anything you want!"

"I listened to the song, and I immediately go, "Can I change some parts?" I turned to the engineer and I go, "OK, from the breakdown, chop in this part, go to this piece, pre-chorus, to the chorus, out." Took him maybe 10 minutes to put it together. And I proceeded to improvise two solos over it.

"I was just finishing the second solo when Michael walked in. And you know artists are kind of crazy people. We're all a little bit strange. I didn't know how he would react to what I was doing. So I warned him before he listened.

"I said, "Look, I changed the middle section of your song."

Eddie continued: "Now in my mind, he's either going to have his bodyguards kick me out for butchering his song, or he's going to like it. And so he gave it a listen, and he turned to me and went, "Wow, thank you so much for having the passion to not just come in and blaze a solo, but to actually care about the song, and make it better." He was this musical genius with this childlike innocence.

"He was such a professional, and such a sweetheart."

CNN asked him about Quincy paying him in "two six packs of beer".

Van Halen explained: "Yeah, something like that. Actually, I brought my own, if I remember right."

He added: "I don't even think I'm credited on the record. It just says, "Guitar solo: Question Mark" or "Guitar solo: Frankenstein" (the name of his guitar)."