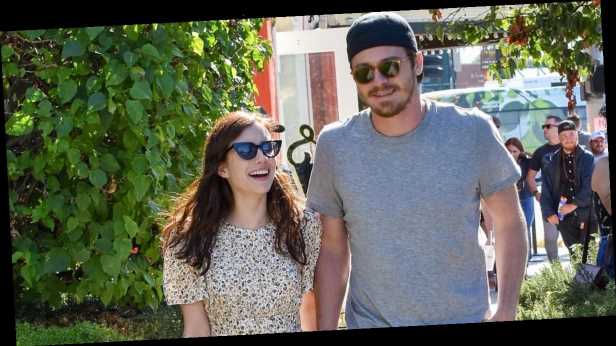 Emma Roberts is said to have welcomed a son into the world.

The Wild Child actress is said to have given birth to a "healthy boy" on December 27 in Los Angeles.

Reports suggest that the new-mum and her son, who she is said to have named Rhodes are doing well.

US site TMZ reports that Emma and Rhodes are "doing great after the delivery" with the new arrival weighing nine pounds.

Emma, 29, first confirmed that she was expecting her first child and revealed the gender in August on her Instagram page, sharing a picture alongside Garrett with the caption: "Me…and my two favourite guys," alongside two blue heart emojis. Ahead of the couple becoming new parents, a source revealed that the pair were eager to meet their son.

"Emma and Garrett are getting more and more excited, which is so nice for them," an insider told US Weekly.

They went on to add: "Garrett is really looking forward to becoming a dad and feels as though this is something he needed.

"He is ready to take on all the daddy duties, and Emma getting pregnant has forced him to become more responsible, he thinks that's a blessing."

Emma went on to make history, becoming the first pregnant star to grace the covers of the December/January issue of Cosmopolitan.

She told the publication: "Ever since I was little, I wanted to have a baby, in theory.

"When I was a kid, I begged my mum to have another baby, he day she brought my sister home from the hospital, I remember holding her, wanting to dress and play with her."

Emma also revealed that after being diagnosed with endometriosis, she went on to have her eggs frozen.

The Scream Queens star was first linked to Garrett, 36, in March 2019, after being spotted during a date night dinner in Los Angeles.

They were later seen holding hands during a trip to New York in March 2019.

Daily Star has approached a spokesperson for Emma Roberts.