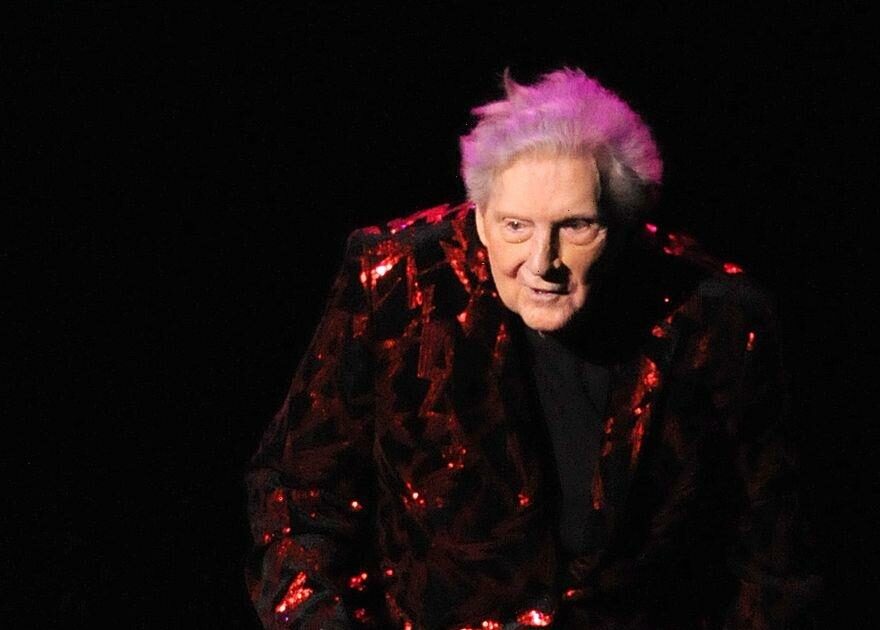 Jerry's representative Zach Farnum has confirmed that the singer passed away at his home in Memphis, Tennessee, according to Sky News.

This comes after his death was falsely reported earlier this week by US publication TMZ, who initially said the 87-year-old had died on October 26.

Earlier this month Jerry Lee Lewis was finally inducted into the Country Music Hall of Fame, but was "too ill with the flu to attend the ceremony", according to his official Facebook page.

The statement released about his induction and health was posted on October 20, where the rocker even penned a note himself where he spoke of writing "from his sick bed".

His friend Kris Kristofferson accepted the induction and then presented Jerry with it soon after.

Writing an acceptance note in the same post, Jerry penned: "It is with heartfelt sadness and disappointment that I write to you today from my sick bed, rather than be able to share my thoughts in person.

"I tried everything I could to build up the strength to come today – I've looked so forward to it since I found out about it earlier this year. My sincerest apologies to all of you for missing this fine event, but I hope to see you all soon."

He concluded the lengthy note with: "Thank you all for your support and love and for electing me into the Country Music Hall of Fame, and most of all, thanks to God for allowing me to experience this honour while I am still here," before thanking Kris who accepted the induction in his honour.

Alongside the statement was a photo of Jerry in his "sick bed" while being presented with the honour.

Looking frail, the singer still appeared upbeat and happy to be receiving the incredible honour and recognition.

Nicknamed the Killer, Jerry shot to fame in the 1950s, and has been described as "rock n' roll's first great wild man and one of the most influential pianists of the 20th century."