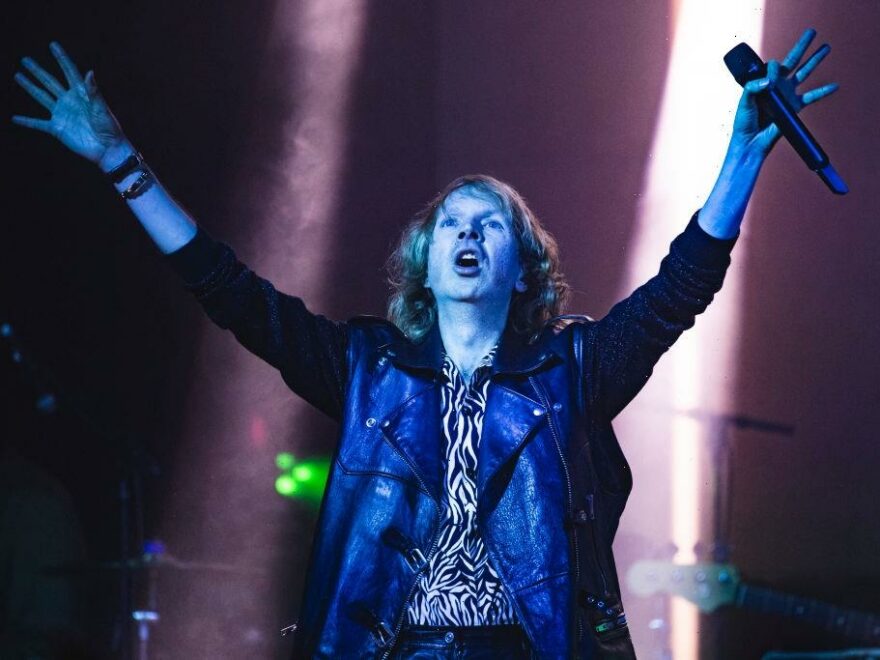 Beck has shared a newly recorded rendition of his 1996 single “Where It’s At” and breaks down the origins of the Odelay classic in these exclusive clips from the singer’s upcoming episode in Audible’s Words + Music series.

For the episode dubbed “Dear Life” — named after a cut off his 2017 LP Colors — Beck revisits and re-records some of his most popular songs, including “Loser” and “Where It’s At,” to give each track a fresh perspective following his decades-long tenure as a music pioneer.

Beck previously hinted that he was re-recording some older songs — a.k.a. pulling a Taylor Swift — from his catalog during a SXSW keynote earlier this year, but didn’t specify why until now. “I think it’s a bit arbitrary that you make a record and that’s the only version that exists,” Beck said at the time. “You look back at your work and you see things you want to fix. That’s what drives the next album. You constantly try to not evolve but crystallize.”

The re-recorded rendition of “Where It’s At” doesn’t stray structurally from the Odelay original, but it does temper the song’s chaotic exuberance, offering a more mature, refined version from an artist now in his fourth decade in the music industry.

In addition to the new version, Beck also reminisced about performing that song live in 1996 while on the Neil Young-headlined H.O.R.D.E. tour. “[Young] has set up his deck chair on top of his touring bus on the side of the stage, and I remember the sun was going down, [I’m singing] ‘Where’s it at! Clap your hands!,’” Beck says. “And I looked over and he was on top of his bus on his deck chair with a beer, clapping his hands.”

To this day, Beck noted that he performs the track at every concert. “It’s a rallying of people. Let’s lose ourselves in the music for a minute,” Beck said. “It’s not an easy thing to do, to invite people to lose themselves, and the best music does. You can’t hope for anything more as a musician.”