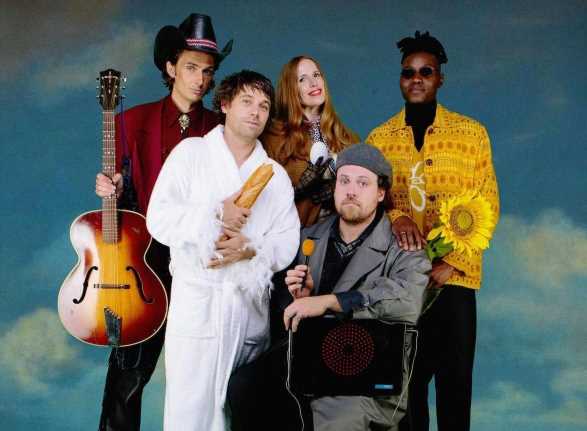 Metronomy have dropped a new song, “It’s Good To Be Back.” The track is the first single off their upcoming album Small World, out February 18th via Because Music.

The song arrives along with a whimsical video directed filmmaker duo Dreamjob. The video showcases the band members living out a Groundhog Day scenario of dying and then living the same thing over and over.

“Part of me was thinking, ‘what is the lamest platitude people are going to be saying coming out of the past two years?’, but at the same time, I was thinking how it will be true and how it might feel doing things again,” singer Joseph Mount said of the song. “I’ve been remembering what it was like as a kid when I’d be sitting in the backseat of my parents’ car and they’d be playing their music and I’d think ‘this is awful’, but there’d be one or two songs I would like. I thought it would be fun to make that kind of album, and this is the song the kids might like. This is the ‘cool’ song.”

Small World follows the band’s 2019 album, Metronomy Forever. To celebrate the album announcement, Metronomy will play an exclusive show at London’s Colour Factory on November 11th, which will also be live-streamed via Doors.

Having postponed their Metronomy Forever European tour dates in 2020 due to Covid-19, the band will head out across the continent in March and April of 2022 and then continue on with 12 dates in the U.K. in April and May. Tickets are on sale now.