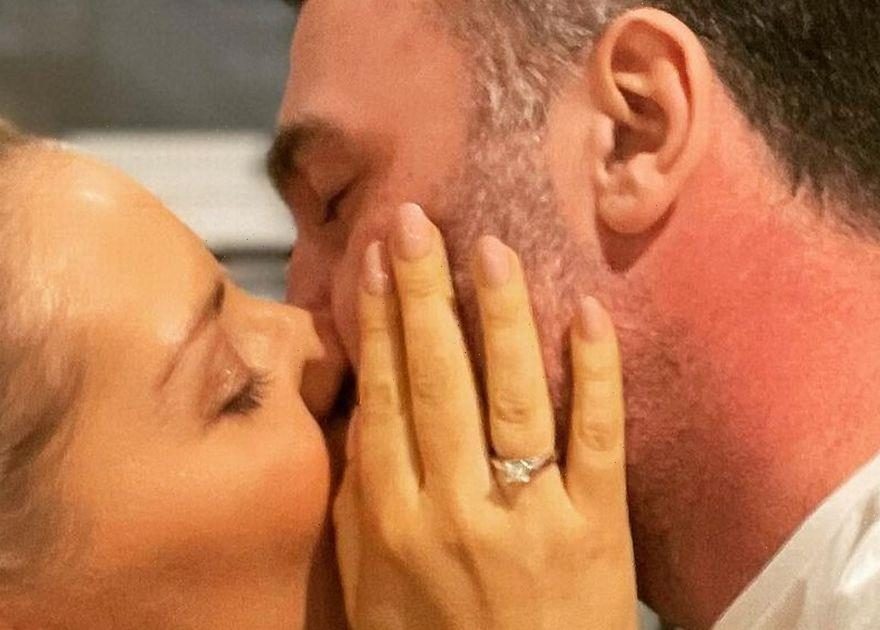 Her Hollyoaks character Cindy constantly lurches from crisis to crisis, but life is working out more smoothly for Steph Waring.

The soap favourite has become engaged to her boyfriend Tom Brookes, after revealing on her Instagram Stories that they were enjoying a night away to celebrate their one-year anniversary.

Stephanie later shared another post with her exciting news.

"And on the 365th day he asked me to be his wife. He's the one," she wrote, alongside a photo of her hand – sporting a sparkling new engagement ring – holding a card which reads "Did she say yes?" and the date.

Steph – who has played the role of troubled Cindy on and off since 1996 – shared a snap of her and Tom kissing, with her new engagement ring proudly on display.

She was greeted with well wishes from current and former cast mates.

Ross Adams, who plays Scott Drinkwell, said: "The hardest secret to keep. I'm so glad I can now speak to you every day. Congratulations to you both. Now let's get planning that hen."

Meanwhile, Jessica Fox (Nancy Osbourne) added: “Oh Steph! This is bl**dy lovely. Congrats to you both."

Back in July, a loved-up Steph celebrated her six-month anniversary with Tom. At the time she wrote that she had "never been happier".

She also jokingly added: "If this post is deleted in the next six months then it didn't work out, love is bulls*** and I will finish my book Relationships and how to Ruin them!"

Steph shares daughter Lexi, 11, with personal trainer Dan Hooper, who she dated from 2008 to 2014. She also has a 16-year-old daughter called Mia.