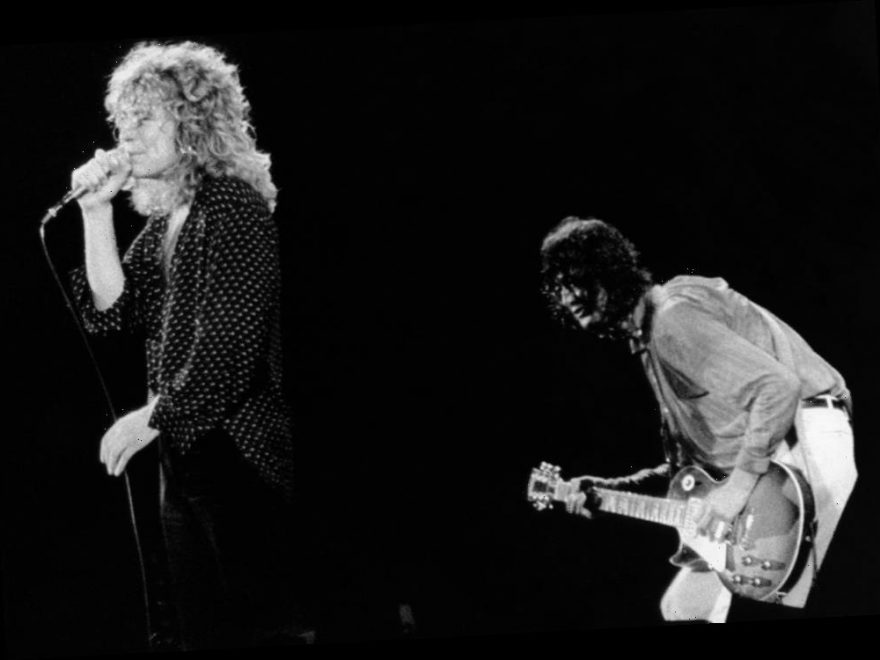 More than three years passed between the release of Led Zeppelin albums Presence (1976) and In Through the Out Door (1979). Those were three huge years in the music industry. During that period, disco hit its peak and punk rock became a worldwide phenomenon.

To punk rockers, stadium-rock giants like Zeppelin and Pink Floyd represented everything wrong with music. In one memorable clip, a reporter quoted a member of The Clash saying the mere sight of a Zep album cover made him want to puke.

That caught on in the hip music press, and when Zep released In Through the Out Door in August ’79, the gang at Melody Maker laughed. “The impressionable first play had everyone in the office rolling around laughing,” reviewer Chris Bohn wrote.

But Melody Maker’s readers had a different take: Led Zeppelin won all the top awards in the magazine’s ’79 poll. The music-buying public also greeted Zep’s new LP differently. Fans bought so many copies the record industry considered the Zep a savior in an era when punk hadn’t really been selling.

The cutting-edge critics at Melody Maker had plenty of company. At Rolling Stone, the reviewer mocked the drumming of John Bonham and the singing of Robert Plant on In Through the Out Door. To many rock writers of the era, the Zeppelin phenomenon was over. Punk was in.

Commercially speaking, that was not the case. When ITTOD hit U.K. record stores, it made No. 1 in its first week. On the U.S. charts, the album was nothing less than a smash hit. Its stay at No. 1 (seven weeks) was the longest of any Zeppelin album.

The raw sales numbers were even more extraordinary. ITTOD went platinum within days of its U.S. release, and it racked up over 3 million sales by the end of September ’79 (six weeks after its release).

Record buyers didn’t just want the new Zep album, either. While they were at the record stores they’d been avoiding in the punk era, they bought the other Zep albums, too. And all nine of them went back on the Billboard charts.

Since record executives weren’t as picky as rock critics, they didn’t have any qualms about Zeppelin’s ’79 release, which outsold the entire recorded output of the Sex Pistols (i.e., its one LP) and most other punk acts combined.

In Led Zeppelin: A Celebration (1991), Dave Lewis described the commercial impact when In Through the Out Door dropped. “Its release was heralded as a savior to the then flagging U.S. record industry,” Lewis wrote. “It generated massive store traffic.”

At the end of ITTOD’s seven weeks atop the charts, over 1 million albums from Zep’s back catalogue had moved with it. So Zep managed to have nine albums on the Billboard charts simultaneously — an unprecedented feat in the industry. Not bad for a record by has-beens that came in a brown paper bag.