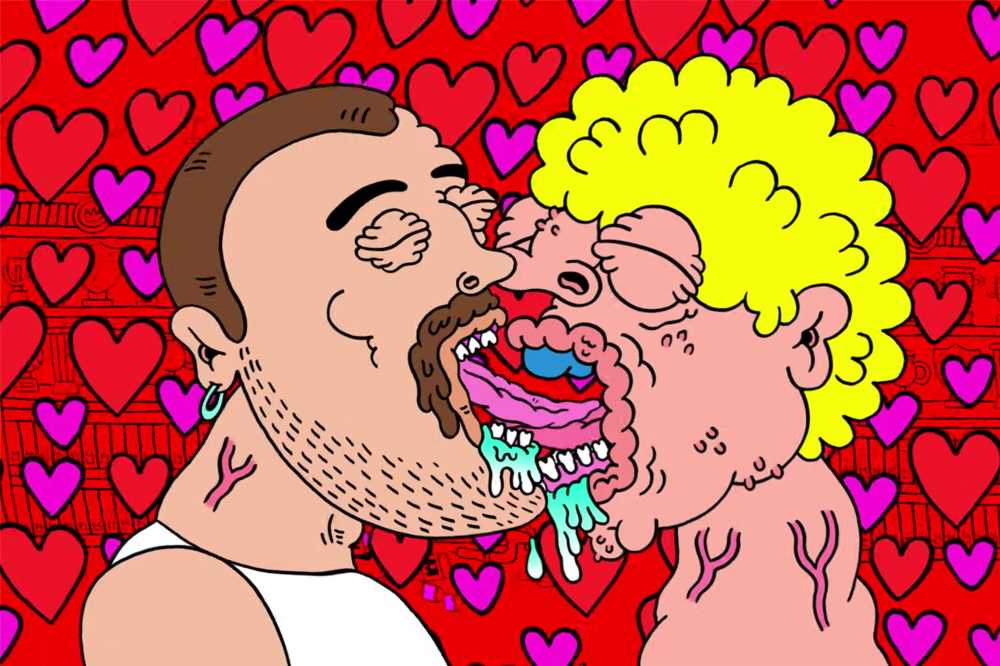 The video game avatar of Idles frontman Joe Talbot squares off against demented fighters in the British punk band’s hilarious video for “Never Fight a Man With a Perm.”

The clip, which conjures a lunatic version of retro games like Street Fighter, opens with a heavily tattooed Talbot facing “Barry Biffa,” a character with a metallic jaw and baseball bats for arms. The duo battle it out on a street facing storefronts of an RFC (“Rotten Fried Chicken”) and Super Booze, and the chain-smoking singer survives into the next round.

Talbot then takes on “Timmy the Thyroid,” who resembles a wealthy school boy with a veiny neck, bloated head and sausage hands. After a close call via electrocution, the frontman rallies to victory — then makes out vigorously with his opponent.

“Never Fight a Man With a Perm” appears on Idles’ second LP, 2018’s Joy as an Act of Resistance. The quintet will continue to promote the album with dates throughout the year, including a Lollapalooza slot on August 2nd and a headlining North American run in October.

Idles will release the physical edition of their new single “Mercedes Marxist” (backed with “I Dream Guillotine”) on August 2nd.