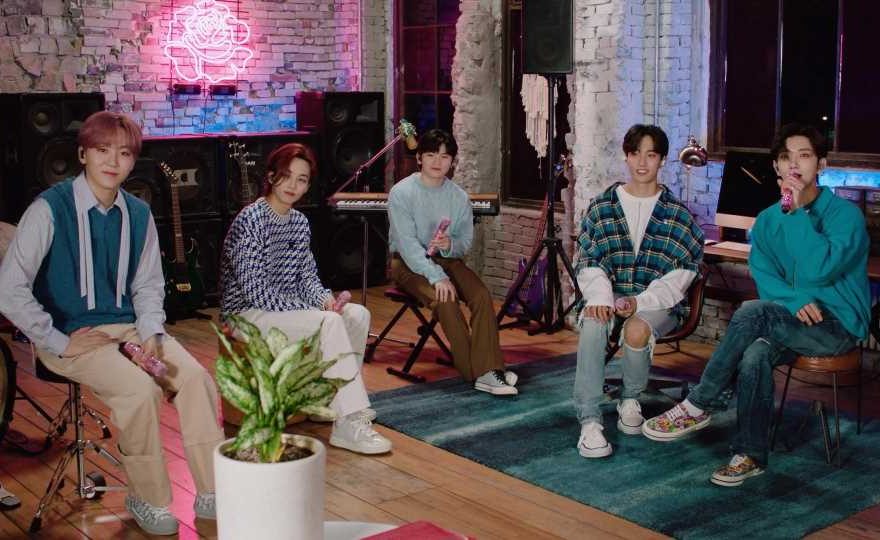 Seventeen were the latest group to perform for Rolling Stone‘s In My Room video series, with each member of the 13-member band showcasing their vocal talents in Seventeen’s three separate units.

The five-member Vocal Unit — consisting of Woozi, Jeonghan, Joshua, DK, and Seungkwan — went first, singing an updated version of their 2017 song “Pinwheel,” a ballad inspired by a dream that’s about “longing for someone you can’t meet anymore.” The five singers traded vocal harmonies and solos over a backing piano track before switching things over to the Hip-Hop Unit, with S.Coups, Wonwoo, Mingyu, and Vernon, who performed the passionate song “Trauma.” Finally, the four-piece Performance Unit, featuring Hoshi, Jun, The8, and Dino, performed an updated rendition of their song “Lilili Yabbay.”

Seventeen released their latest extended play Semicolon back in October, selling more than a million copies of the EP in preorders alone. Their third studio album, the chart-topping An Ode, was released in September 2019. They shared their latest Japanese single, “Not Alone,” last month.

The group spoke to Rolling Stone in January about their unique identity as a K-pop group, including each member’s heavy involvement in the songwriting and production process. “Whenever we talk about music, all the members candidly share their opinions and proactively keep the conversation going,” Vernon said. “Once we start talking, we can go on for hours, and in that moment, we’re genuinely happy. To me personally, and to the team as a whole, this is a precious and meaningful process. We want to continue improving and working hard in the future as well.”