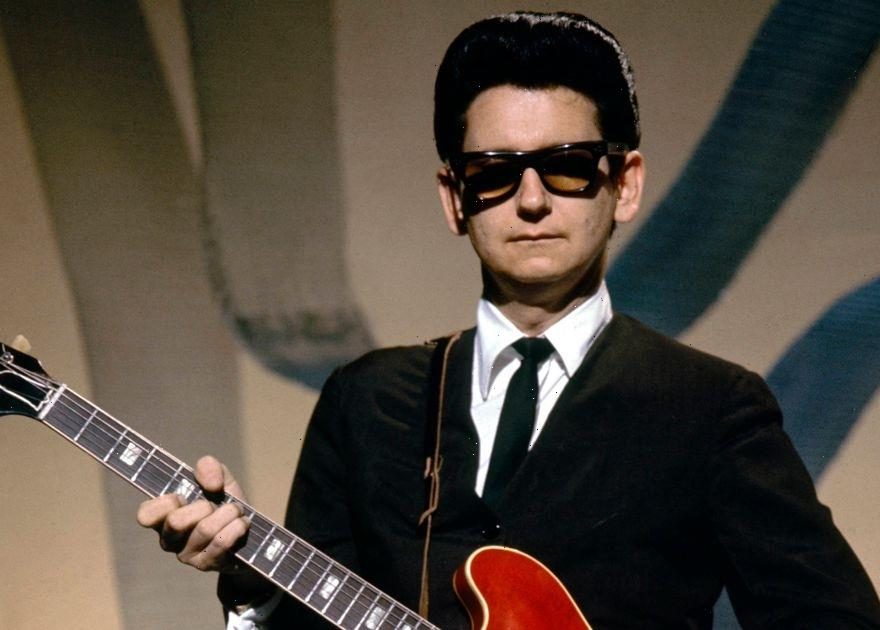 Roy Orbison was a rock and roll icon, famed for his operatic singing voice and dark sunglasses, which he always wore on stage.

Known as the "Caruso of Rock" and "the Big O" due to his operatic style, Roy was hailed as a great by the likes of Elvis Presley, but he suffered a career decline in the late 60s and 70s.

He was also devastated by a string of personal tragedies that saw him lose a number of his family members, but he still came back fighting in the 1980s.

However, despite his successes, he faced a string of personal tragedies – including the death of his wife, Claudette, and a rapid career decline.

To mark the day of his death (December 6), Daily Star have taken a look at Roy's personal life. Roy was known for always wearing his trademark Wayfarer sunglasses on stage, and he used to perform whilst standing completely still.

He used to wear black clothes which matched his black glasses and dyed black hair.

Some people thought that Roy was blind as they always saw him with the sunglasses on.

Orbison had poor eyesight from an early age and used corrective lenses.

However, he once left his original eyeglasses on an aeroplane in 1963 whilst touring with the biggest band in history, The Beatles.

It mean he had to wear his Wayfarer sunglasses on stage, but he actually preferred them.

One of the main reasons he wore his glasses, though, was to help him deal with his shyness and the stage fright that he got.

He married his first wife, Claudette, in 1957 after meeting her back in 1955 – and it was apparently love at first sight.

They welcomed three songs together, Roy Dewayne, Wesley and Anthony.

Roy wrote his song Claudette about her, as well as his famous hit Pretty Woman. They eventually divorced in 1964 after she cheated on him, but they patched things up and remarried in 1965.

A tragic accident, revealed below, would soon strike though and end the marriage.

He later met German music producer Barbara Jakobs who was a teen when they met, and they stayed married until his death in 1988.

Roy was a highly respected rock and roll star, which meant he got to tour with the likes of The Beatles and share the stage with legends like Bruce Springsteen, Elvis Costello and Bob Dylan.

None other than the king of rock himself, Elvis Presley, dubbed Roy the "greatest singer in the world" at one of his Vegas concerts, and he publicly described him as having "most perfect voice".

In fact, Roy was the only artist in history to open for both The Beatles and Elvis.

It was a historic moment in rock music, and after Roy passed away in 1988, the band paid tribute to him in their music video for The End of the Line.

In the video, the rock titans showed a rocking chair with Roy's guitar on it as the rest of the band played the song, and photo of Roy could be seen in the room.

Orbison was also friends with Johnny Cash, and were pair used to be neighbours in Memphis for a time.

They even sang songs together and Roy wrote a song his pal, You Tell Me, which was recorded in 1958.

Roy faced a career decline in the 1970s, but he was also hit by a wave of horrific tragedies.

Firstly, Roy broke his foot on tour in the UK in 1966 – after falling off a motorcycle in front of hoards of screaming fans at a race track, and he had to play his show in a cast that evening.

Him and Claudette reconciled 10 months after their divorce – having remarried in December 1965.

However, in a heartbreaking series of events, Claudette died in a motorcycle accident on June 6, 1966.

Roy and Claudette loved motorcycles, and Roy claimed Elvis had gotten him into the vehicles.

They had been riding home from Bristol, Tennessee when she hit the door of a pick up truck which had pulled out in front of her, and she died instantly.

Another nightmare hit Roy when he heard the news that his home in Hendersonville, Tennessee had burned down – killing his two eldest sons – Roy and Anthony – in the process.

The singer had been playing a show in Birmingham on September 14 1968 when he heard the awful news.

Officials cited the possible cause of the fire being an aerosol can which might have contained lacquer – a coating which is applied to materials like wood.

Orbison had a number of health issues in his later years.

In 1977, he found out that he had severely obstructed coronary arteries after checking himself into a hospital in Hawaii., and he underwent a triple coronary bypass in January 1978.

The singer had not been feeling well and decided to spend the winter in the Pacific Ocean state.

A heavy smoker in his youth, he also suffered from duodenal ulcers.

Around November 1988, Roy confessed to Johnny Cash that he had been suffering from chest pains.

He later played a gig in Boston, and a club manager had been concerned that he looked unwell, but Roy played the show anyway.

Roy played his final ever show in Ohio on December 4 1988, and despite returning home exhausted, he flew out to London several days later to film videos for the Traveling Wilburys.

On the day of his death, he had flown model aeroplanes with his bus driver and friend Benny Birchfield ate dinner at Benny's house.

Roy died of a heart attack later that day at his mother's house – at the age of 52.

Memorials were held for the star in Nashville and Los Angeles, and he was buried at Westwood Village Memorial Park Cemetery.

Roy earned a posthumous Grammy Award nomination for his album Mystery Girl, which was released after he died.

His band the Traveling Wilburys then won a Grammy for Best Rock Performance by a Duo or Group.