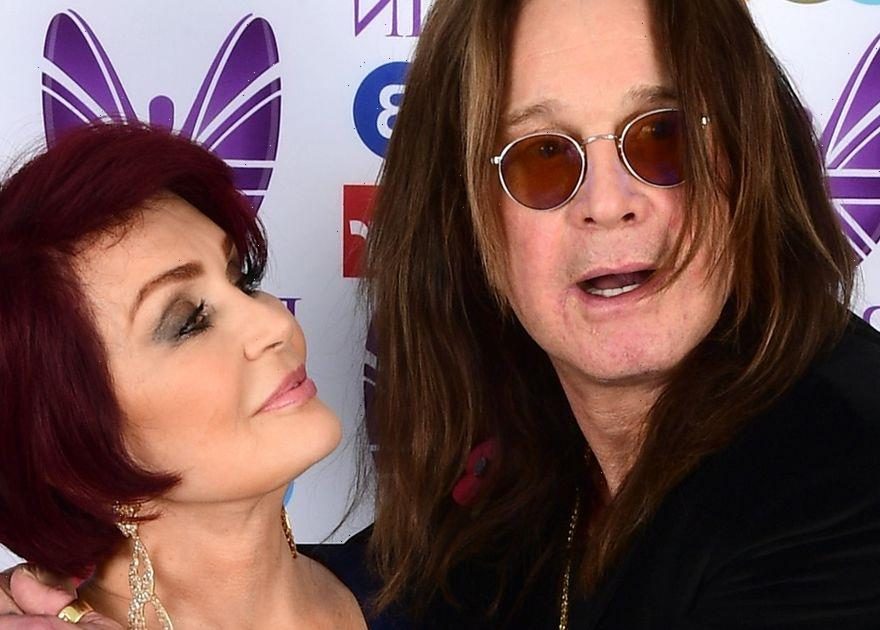 Sharon Osbourne and her husband Ozzy are one of the most well-known couples in showbiz.

Sticking together through thick and thin, the pair have gone through everything from drug problems, binge drinking, infidelity, sex addiction and even an attempted murder arrest.

Although the pair have had a marriage full of ups and downs, they have remained strong despite a brief split in 2016.

Their middle-child Kelly Osbourne has previously thanked her parents for showing her "what true love is", as the twosome celebrated their 36th anniversary.

As former X Factor judge Sharon Osbourne celebrates her 69th birthday on October 9, Daily Star has taken a look back into her turbulent relationship with her rocker hubby Ozzy.

In 1979 Ozzy was booted out of the band by Sharon's dad, and Sharon began managing him herself.

They then began to date before getting married a couple of years later.

The pair tied the knot in Hawaii on July 4 in 1982 (American Independence Day), this was Ozzy's second marriage.

Ozzy and Sharon went on to have three kids shortly after they got hitched, and welcomed their three children over just a two year period.

On September 2 1989, Ozzy was actually arrested for attempted murder – after assaulting Sharon.

Ozzy strangled his wife and 'nearly choked her to death'.

Sharon opened up about the incident a couple of years later, where she said: "He was drinking and he was taking drugs. It got to the point where he got violent with me, and he nearly choked me to death and I called the police on him.

"He's a gift from God but if I'd had a gun I would have used it. Thank God I didn't have a gun, that's why I'm so against guns or knives or anything like that, because I know if I'd have had one I'd have probably tried to defend myself."

Ozzy also opened up about the shocking event, where explained to the Evening Standard: "I woke up in this little single cell with human s**t up the walls – and I thought, what the f*** have I done now?

"Has one of my practical jokes backfired? So I asked a police officer. I said: 'What am I here for?' I hadn't got a f***ing clue. It's the most horrific feeling. He read me a piece of paper, and said, 'You're charged with attempting to murder Mrs Sharon Osbourne.'

He concluded: "I can't tell you how I felt. I just went numb."

Ozzy is a lover of a good romp, and this is clear since he has cheated on Sharon many times.

In 2016, during their infamous rough patch which led to couples therapy, Sharon revealed that her husband had slept with two of their nannies in the past.

She said: "We used to have four nannies because I had three children. I would work five days a week, I would travel.

"You can't work a nanny seven days a week, so we had four nannies employed, rotating and I'm telling you they were the bane of my existence.

She then revealed how she combatted the problem: "At the end of the day I hired a nanny called Big Dave."

In 2016, Ozzy's affair with hairstylist Michelle Pugh was exposed, he split from Sharon and then Ozzy underwent therapy.

Opening up about splitting from her husband, Sharon sat down with The Talk, to chat candidly about how she felt.

She said: "I honestly at this point today have no idea what I’m going to be doing with the rest of my life.

"I don’t know where I’m going, who I’m going with. And I just need time to think. And really think about myself, about what do I really want for … Because I’m 63 years of age and I can’t keep living like this."

A short while later in July, Sharon and Ozzy rekindled their romance, with a source revealing to Us Weekly Magazine that they had 'fallen in love again' after attending couples therapy.

Ozzy then later confirmed the news later that month during an appearance on Good Morning America, revealing the two were 'back on track'.

One month later, Ozzy spoke to Us Weekly Magazine and admitted that he had cheated on Sharon with multiple women and had been dealing with sex addition for six years.

Although the duo went through a rough patch in 2016, the pair decided to renew their wedding vows one year after their split.

Ozzy spoke to Hello! Magazine and explained: “For me, this was actually our real wedding day. This is the one that I will remember. Sharon and I have been through so much, and this honestly feels like a new beginning.”

The rocker has previously opened up about his romantic tendencies, saying: "I buy Sharon flowers, we tell each other we love each other every single day, no matter where in the world I am and we don't go to bed on an argument.

"We share a bed still, except the dogs get more bloody space in the bed than I do. Bella sleeps with us every night and Sharon gets cross if I disturb her."