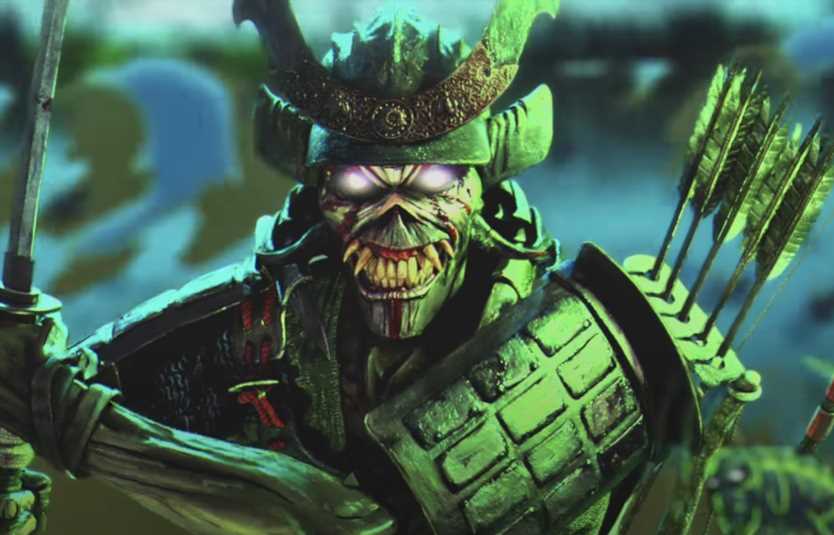 Iron Maiden have unleashed their new video for “The Writing on the Wall,” the Rock & Roll Hall of Fame-bound heavy metal act’s first new music in six years.

The video is an animated retelling of Bible stories like the Four Horsemen of the Apocalypse and Moses parting the Red Sea (or in this case, a deadly forcefield) with four cloaked motorcyclists — under the direction of Iron Maiden’s ghoulish mascot Eddie — bringing death, destruction, and plague to the dystopian world’s oppressors.

For “The Writing on the Wall,” singer Bruce Dickinson teamed with former Pixar executives and Iron Maiden fans Mark Andrews and Andrew Gordon, who along with director Nicos Livesey and animation studio BlinkInk created the visual that turns Eddie into a 3D nightmare.

Flashback: Iron Maiden Play a Ferocious 'Fear of the Dark' in Argentina

Dickinson said of the video in a statement: “I had a pretty clear idea of the concept to accompany the song and when I met Mark and Andrew, on Zoom, it quickly became clear we were all very much on the same wavelength, and this was reinforced with the addition of Nicos and his young BlinkInk team. Our weekly team Zoom meetings were then usually both highly creative and a lot of fun.”

The singer continued: “I’m very proud of the way the video turned out, it’s more like a mini-film really. I knew it was going to work out as soon as Mark brought my treatment to life with his incredible storyboards — I thought we could make something very special together. I think we did and hope our fans will agree. In fact, it’s pretty much created by Maiden fans!”

The track itself — Iron Maiden’s first new music since 2015’s Book of Souls — was penned by the band’s guitarist Adrian Smith and Dickinson, produced by Kevin Shirley, and co-produced by Maiden bassist and founding member Steve Harris.

It’s Nice That also has penned an in-depth story on the creation of the video, with the animation team also drawing from Mad Max, artist Roger Dean and the legendary Heavy Metal film.