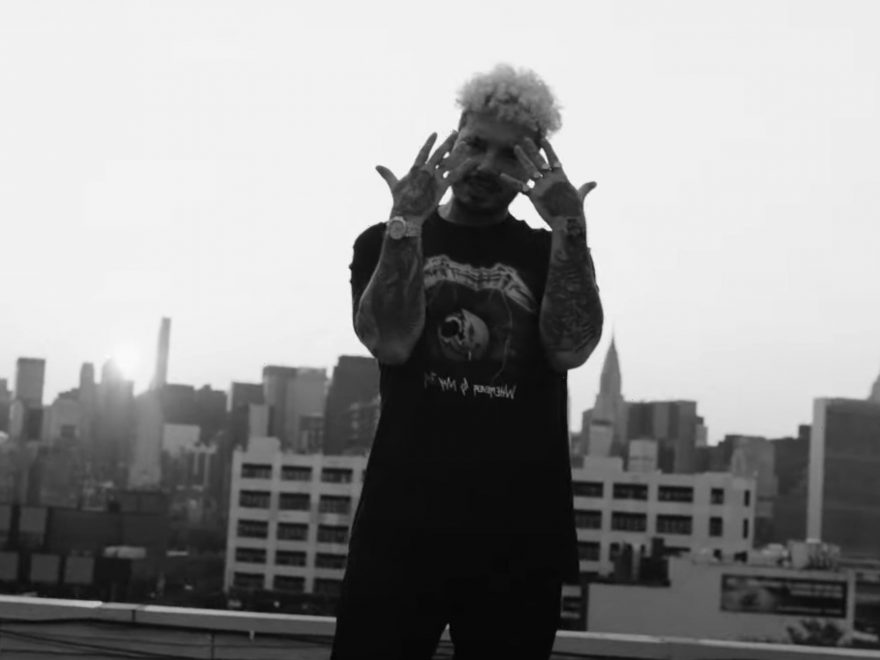 J Balvin has dropped his rendition of Metallica’s classic “Wherever I May Roam,” one of the more anticipated covers from the upcoming Metallica Blacklist collection that accompanies the heavy metal legends’ massive Black Album reissue.

As opposed to a straight cover of the Black Album classic, the video for Balvin’s version finds the reggaeton star — rocking a Metallica “Metal Up Your Ass” shirt — dropping new verses over the classic “Wherever I May Roam” riffs. The latter half of the track fuses in Metallica’s own version of the song, with the band appearing via archival footage.

In addition to the Balvin rendition, Metallica also shared an October 12th, 1991 live performance of “Wherever I May Roam” from Oakland, California, one of the many unreleased tracks from the stacked 30th anniversary Black Album reissue due out September 10th.