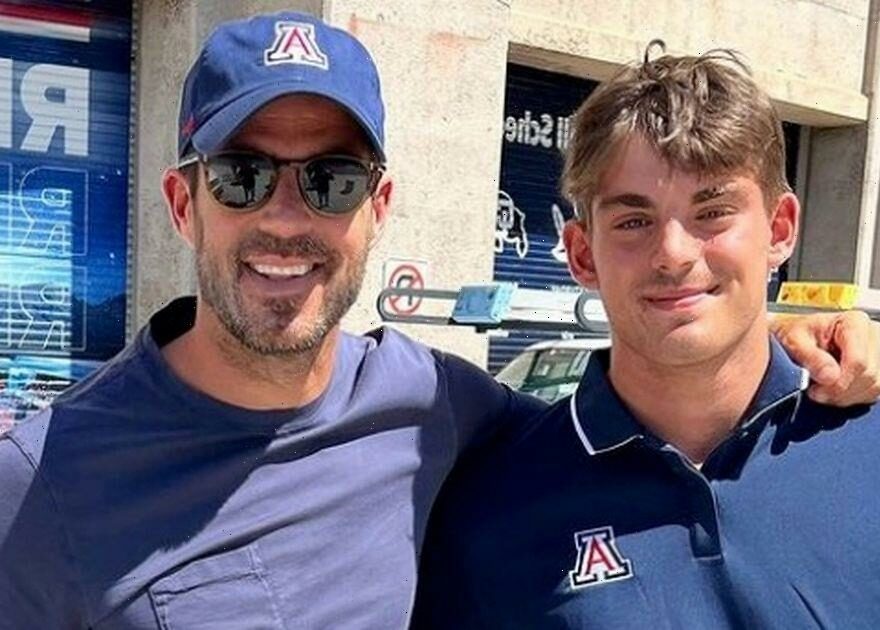 Jamie Redknapp was oozing with pride as he saw his eldest son Charley off to University in America.

The former professional footballer was beaming with pride as he accompanied him to the campus at the University of Arizona to help him settle in to his new surroundings.

Jamie, 49, posted pictures of the pair to his social media, sharing the images on Instagram alongside a touching caption as he praised his son and expressed his love for him.

He wrote: "So a new chapter begins for you at @uarizona Charley. We’re so proud of you and we’ll be with you every run and step of the way .

"Enjoy and soak in all the incredible facilities at your disposal. Can’t wait to be back to see you again soon . We love you mate."

Jamie also shared a series of videos to his account showing off the campus that Charley will call home for the next few years – including their excellent sports facilities.

Charley graduated from Epsom college in surrey recently, with both Jamie and his mum former Eternal singer Louise Redknapp attending the ceremony.

Jamie and Louise share two sons from their 19-year marriage – Charley, and 13-year-old Beau. The couple split in 2017 but have remained amicable for their children with both parents regularly posting social media updates showing their support for them.

Earlier this month Louise confessed she was struggling with the idea of Charley going away and admitted she has been crying "10 times a day" over the fact he was moving to America.

Talking to Metro.co.uk she said: "I keep crying. I cry like 10 times a day at the moment, like if someone’s nice to me I start crying like, 'Sorry it’s just my son’s going to university'."

Louise, 47, added: "Everyone who’s had kids go off to university says, it’s normal. I’m super proud of him but, God, I’m gonna miss him."