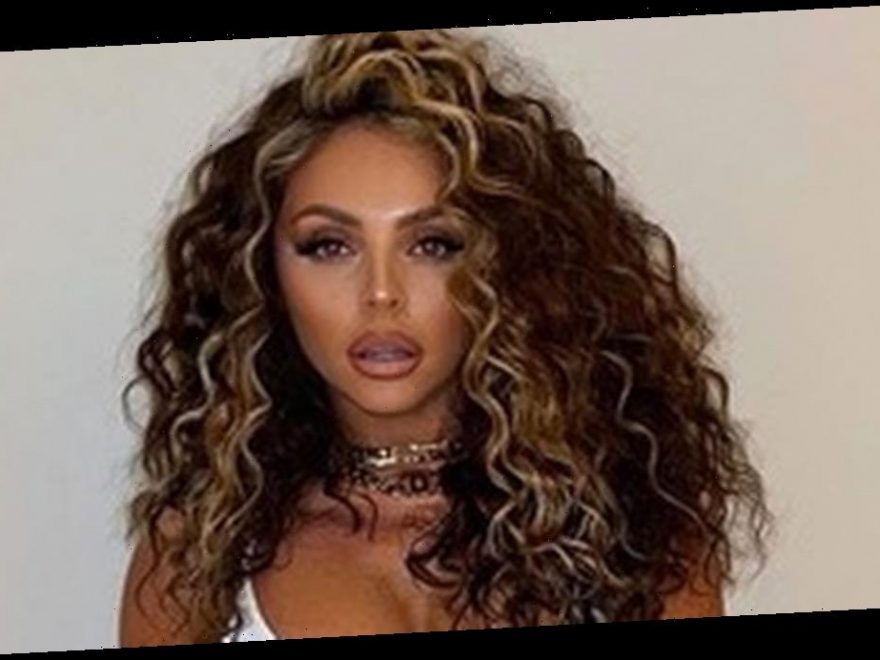 Jesy Nelson has been cut from Little Mix's Sweet Melody behind the scenes music video.

The 29-year-old is no longer in the behind the scene clips which were the last she filmed with her bandmates before announcing in December that she is leaving the band of four to focus on her mental health.

Little Mix took to its official Instagram account to reshare the sultry clips with their followers as they celebrated the hit going to Number 1 in the singles chat.

However, all trace of Jesy from any of the videos has been seemingly edited and removed following her exit.

The remaining three singers – Jade Thirlwall, Leigh-Anne Pinnock and Perrie Edwards – could be seen dancing along with the backing dancers.

The girls then took to the comments section to have some harmless banter with their millions of fans.

Perrie commented: "Dear Jade’s braids. I nearly lost an eye. I got whiplash. And you went in my mouth a few times."

Jade responded to her comment: "It was after this Perrie told me to move out of the way a bit after nearly killing her with my braids for the 173627th time."

Jesy announced that she was leaving the band at the end of last year.

She wrote a heartfelt statement to break the news. Jesy wrote: "To all my Mixers. The past nine years in Little Mix has been the most incredible time of my life.

"We have achieved things I never thought possible. From winning our first Brit Award to our sold out shows at the O2.

"Making friends and fans all over the world I can't thank you all enough form the bottom of my heart for making me feel like the luckiest girl in the world.

"You have always been there to support and encourage me and I will never ever forget it."

"The truth is recently being in the band has really taken a toll on my mental health. I find the constant pressure of being in a girl group and living up to expectations very hard.

"There comes a time in life when we need to reinvest in taking care of ourselves rather than focusing on making other people happy, and I feel like now is the time to begin the process.

"I need to spend some time with the people I love, doing thing that make me happy."