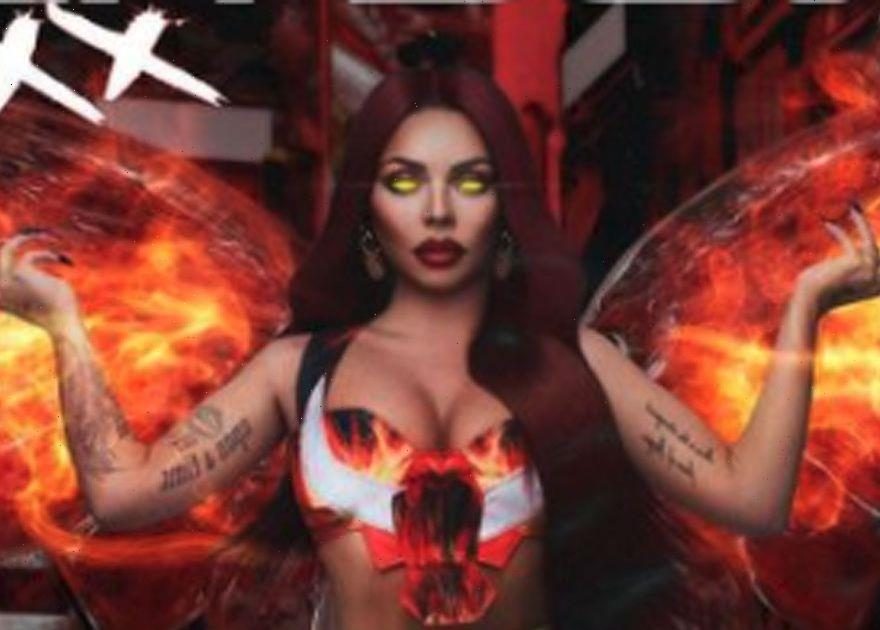 Jesy Nelson looks jaw-droppingly gorgeous on a new magazine cover where she unleashes her fiery side, as her solo career continues to pick up pace after Little Mix.

The star posed for a series of photos in a contrasting fire and ice themed shoot.

She was posing for Noctis Magazine, and looks a world away from her usual self, appearing as a fire goddess in one.

Jesy's eyes are glowing yellow in the heavily-edited snap that looks like album artwork from the 2000s with a retro theme.

In another shot she poses as an ice queen, surrounded by shades of blue and gemstones, complete with bleached eyebrows.

She teamed it with peroxide blonde hair and a light blue corset.

Fans are getting very excited ahead of Jesy's debut solo single called Boyz.

She also talked to the magazine about what her solo career means.

"As an artist, I want to stay authentic to myself," she said.

"I don't ever want to be given a song just because it's a hit.

"I want my songs to genuinely come from me as fans can tell when a song has and when it hasn't. That's what a true artist is, when you really are authentic to yourself and tell your own stories.

"To be able to tell my truth and stories that people have never heard before is really nice and quite refreshing. It's like therapy for me."

Fans noticed that Jesy cleared out her Instagram last month, deleting all of her old posts and starting the account from scratch while unfollowing everyone in the process..

Unfortunately, her new single's release date has been pushed back.

This will be the first music released by Jesy since she left Little Mix back in December 2020.