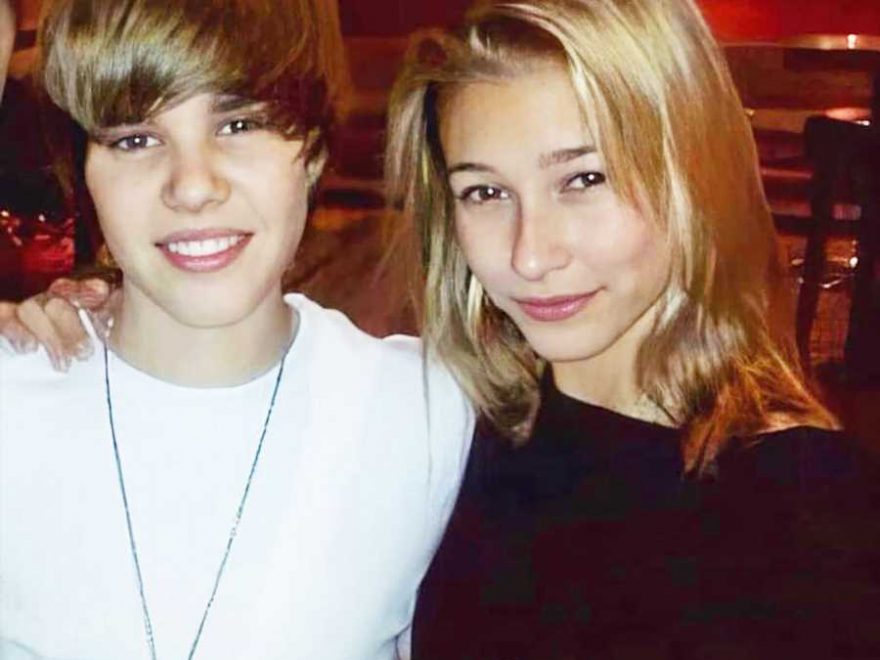 Justin Bieber is throwing it back to the very beginning of his relationship with Hailey Baldwin!

Ahead of his second wedding to the model, Bieber, 25, reflected on how far he’s come with Baldwin, 22, by sharing a photo of the couple when they were teenagers.

In the Instagram shot, which features Bieber with his signature shaggy hairstyle, Baldwin smiles as she puts her arm around the “Sorry” singer and holds up a peace sign.

“My wife and I 🙂 where it all began,” Bieber captioned the sweet shot.

The adorable photo also grabbed the attention of many of the pair’s friends and family members.

Kylie Jenner commented on the photo writing, “This is amazing,” while Bieber’s mom Pattie Mallette added, “Oh my heart 😍 How adorable!”

RELATED: From ‘Just Friends’ to Married! A Timeline of Justin Bieber and Hailey Baldwin’s Whirlwind Relationship

Bieber and Baldwin have known each other since they were teenagers, though it wasn’t until 2016 that their friendship blossomed into a romance. Shortly after taking a tropical vacation to St. Barts together, where they were photographed kissing, the pair split.

In May 2018, Baldwin and Bieber rekindled their relationship and just two months later, the singer had popped the question to the model in the Bahamas. By September of that year, the pair had secretly tied the knot at New York City courthouse.

The throwback photo comes as Bieber and Baldwin prepare to kick off a weekend of celebrations for their second religious wedding ceremony in South Carolina — something that a source close to Bieber told PEOPLE will be very meaningful for them both.

“They are both beyond excited to celebrate with friends this weekend,” a source said. “They are happy that they are finally having a religious ceremony. It’s very special for them.”

RELATED: Justin Bieber Claps Back at Fan Judging His Relationship: ‘Honoring Your Wife’ Is ‘Respectful’

“This past year has really been a test for them. A test on their marriage. They are very proud of how far they have come,” the source said. “Justin is doing much better. He keeps focusing on his music and seems excited about it.”

The source added that after the pair tie the knot for a second time, they’ll be “taking a break” while they “enjoy a honeymoon.”

Earlier this month, as the couple celebrated their first wedding anniversary, Baldwin opened up about how much she’d learned in the past year. Asked whether she still believed that “marriage is hard,” Baldwin told Vogue Australia that she believed all “good relationships” require effort.

“I said that when we had first married,” she explained of her earlier comment.

“I had never lived with someone before. I never had to cohabit with somebody in that way, so I was learning how to share space with someone for the first time,” she said, adding that the process was made more difficult because “a zillion people who had a zillion opinions” were watching them.

RELATED: Justin Bieber and Hailey Baldwin Step Out for Movie Date in L.A. Ahead of Second Wedding

These days, things are “easier” for the couple.

“We’ve found a rhythm. We have more fun together, which is what should happen when you spend more time with someone you love,” Baldwin shared, adding that the No. 1 lesson she’s learned in the past year is the value of compromise. “If you don’t want to compromise, you can’t be in a relationship.”

As the countdown to wedding No. 2 continued, on Wednesday, Baldwin and her pals cut loose at her bachelorette party.

A source told PEOPLE that Kendall Jenner and a small group of girlfriends were behind the festivities, which started with a dinner at Ysabel in Los Angeles and continued at Delilah.

“Hailey looked stunning in a white dress and veil. The group was in a wild, happy mood,” the source said. “You could tell Hailey was very excited to celebrate with her friends. She was all smiles.”